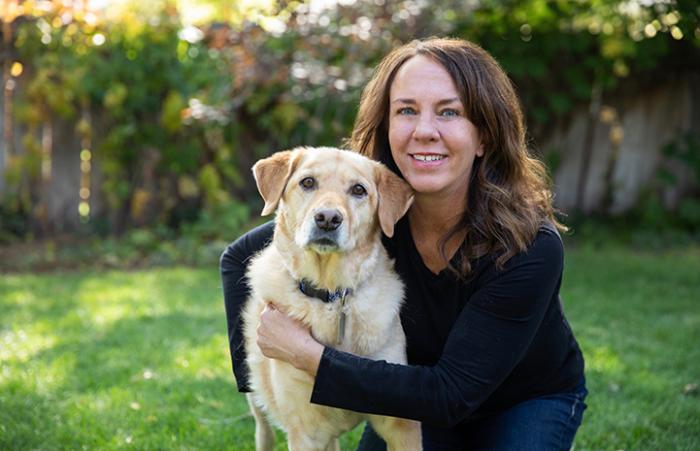 As Best Friends’ Creative Director, Amber Ayers is tasked not only with ensuring that the heart and soul of the organization is reflected in all marketing and communications materials, but with overseeing a particularly quirky bunch of writers, designers, photographers and videographers.

As lead brand builder for the organization, Amber is responsible for growing the public’s awareness of Best Friends and its mission, while preserving the warmth, sincerity and even the sense of humor of its voice. Amber led the team that created the Fix at Four spay/neuter campaign, which went on to win four ADDY awards, the advertising industry’s largest competition.

With Amber at the helm, Best Friends was named Animal Welfare Nonprofit Brand of the Year five times in nine years, and she’s credited as the creative force behind the organization’s primary call to action: Save Them All. Today, the conception and crafting of every communications piece, from local event emails to social media videos to adoption PSAs seen by millions nationwide, happens under her leadership.

Amber graduated from the University of Utah with a B.S. in political science, started her career at the university, and then went on to work for the Sierra Club and Utah Foster Care. She joined No More Homeless Pets in Utah (a separate nonprofit launched by Best Friends) in 2002 and joined Best Friends Animal Society in 2008 as a marketing specialist. A creative as well as a strategic thinker, she quickly expanded her role into what is now her current position.

Amber shares her home with her daughter, Sophie, three dogs and two cats.