bfas
Ways to Give 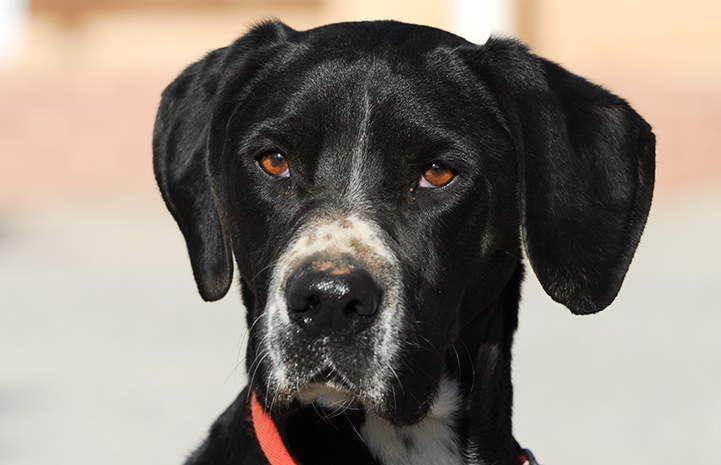 Meet wiggly Wilson! This guy sure is a stud muffin, isn’t he? And his looks aren’t the only thing he’s got going for him. He’s a happy dog who knows how to have a good time. He likes playing new games with other four-legged friends, and he’s pretty smart, too. He has even passed his Canine Good Citizen test, which means he’s got some sharp skills up his sleeve.

But Wilson does have a few quirks. He’s known around Dogtown for his love affair with rocks. He digs them up, carries them around in his mouth for a while and then hides them in the dirt to find again later. While his game may be amusing to watch, it’s not exactly the most normal of dog behaviors.

Because Wilson has a few funny habits and still hasn’t quite learned not to guard his food, he’s been looking for the perfect home for a while. And, boy, he sure can’t wait until he finds it. But until then, what he’d really love is the support of someone like you. Won't you consider sponsoring this big ol’ chunk of love?

Wilson is happy the year round. With summer heat, caregivers are always checking to ensure that he isn’t over extending himself. He’s very busy you know! After playing ball or working on a DIY landscaping project, Wilson sometimes has to be reminded to take a break so that he can cool down. Wilson is easily encouraged into his pool to cool off, and he brings his ball along for company. Active Wilson is in great health, and thanks to your generous sponsorship he has no shortage of excellent care keeping him in-tip top shape and ready for the next project.

Wilson and winter go together like bread and butter. Even though Wilson has a very short coat, the chilly weather never seems to slow him down. He is often seen pouncing through the snow in his run, all four feet off the ground and barking with his tail wagging wildly. It seems to just make him happy that all the holes he dug are covered in a new layer that needs to be removed! Wilson continues to make good progress while training with his caregivers. He could probably be an assistant with the landscaping department, because he certainly has digging down to a fine art. Thank you so much for sponsoring this big silly boy.

It’s impossible to be bored with Mr. Wilson around. This handsome dude is entertainment at its best.

Now that it’s summer, Wilson and his buddy, CB, have been throwing themselves daily pool parties. (They have their very own pool in their yard.) Bobbing for tennis balls and snorkeling for rocks are favorite pool time activities for Wilson, and we’re pretty sure he’d be happy to take up scuba diving and go searching for sunken treasure in the ocean if he could.

A new ball pit was recently added to Tara’s Run (one of the dog activity areas at Best Friends) for the dogs to enjoy. It has become the highlight of Wilson’s trips to the training center. First, he does a doggy cannonball into the pit, and then he proceeds to kick all the balls out so he can chase and hide them. He really takes the ball pit idea to a whole new level.

Lately, Wilson’s caregivers have been working to address his famous digging habits by teaching him to dig on cue and only in certain places. Another few weeks of training, and he’ll likely be the perfect assistant for a gardener or landscaper! In the meantime, he’s been quite helpful when we need to dig out some of the sand piles that build up in the corner of the dog runs.

Thank you for sponsoring Wilson and his little freckled muzzle. He’s a happy, healthy boy and is forever grateful for all the love and support, and, of course, the ball pit!