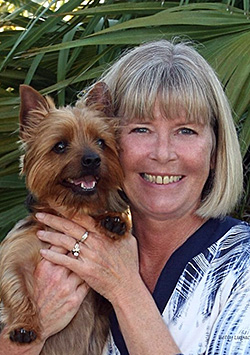 New programs like a kitten nursery and a renewed focus on transfers from the city’s shelter resulted in an additional 1,000 lives saved in her first year alone. Fall 2015 marks the second year in a row that Jacksonville has achieved a city-wide live release rate of more than 90 percent, making it the largest community in the U.S. to do so.

In addition, the campaign to replace the JHS shelter, which burned to the ground in 2007, has passed the halfway mark under Denise’s direction, raising in excess of $7 million. JHS is on track to be operating in the new shelter by April 2017, the 10th anniversary of the devastating fire.

Denise has extensive public speaking experience and enjoys training on a wide variety of topics, including building successful partnerships, community engagement, board and staff development, and no-kill programs. She currently serves as president of the Florida Association of Animal Welfare Organizations. She was selected by Best Friends Animal Society to be one of 20 experts to participate in a think tank of professionals to help shape and advance the national no-kill agenda.

Before coming to Jacksonville, she was the executive director of the Humane Society of Manatee County. Denise orchestrated a public-private partnership that ended trap and kill for feral cats, and she led lobbying efforts that resulted in the county becoming the first municipality in the state of Florida to formally adopt a no-kill plan.

In addition, as the chief operating officer of the Richmond SPCA, Denise led efforts that transformed the city’s approach to animal homelessness while conducting a capital campaign that raised $14.2 million for the construction of a new humane care and education center.