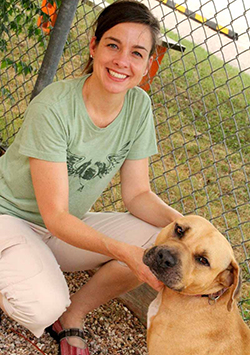 Dr. Ellen Jefferson graduated from veterinary school in 1997 and started a career in private practice. In 1999, in response to an 85 percent death rate at the city shelter, she started EmanciPET, a low-cost and free spay/neuter clinic, in an effort to decrease the number of homeless animals. In 2008, still not satisfied with how fast the city of Austin, Texas, was moving toward no-kill status, she stepped in as executive director of Austin Pets Alive. Austin Pets Alive became the driving force behind bringing the entire city of Austin to a greater than 90 percent save rate, becoming the largest no-kill city in the U.S.

In 2012, Ellen linked up with San Antonio Pets Alive to implement the no-kill programs that have proven successful in Austin, increasing the live release rate in San Antonio from 30 percent to 82 percent in three years.

Married to a horse veterinarian, Ellen and her husband have two dogs (one a distemper survivor), two cats and a bird, as well as many foster animals.