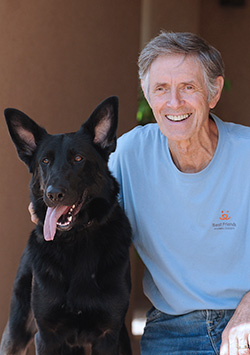 Gregory Castle is a co-founder of Best Friends Animal Society, and has served as CEO since 2009. During his more than 30 years in animal welfare, Gregory has gained a broad range of experience in leading mission-focused organizational growth, from the small grassroots level to the national arena.

Gregory also co-created No More Homeless Pets in Utah, a campaign involving animal welfare and rescue organizations, animal control officers, veterinarians, schools and animal lovers from across the state. The campaign implemented aggressive spay/neuter, adoption and public awareness programs to put the entire state on the path to no-kill.

During his tenure as CEO of Best Friends, Gregory has refined the direction of the organization’s programs, campaigns and initiatives to focus on ending the killing of shelter pets in the U.S. He believes that, together, we can Save Them All.

Gregory grew up in England and is a graduate of Cambridge University with a master’s degree in philosophy and psychology.