President of the board of Nuzzles & Co. Pet Rescue and Adoption 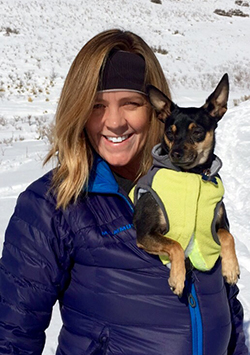 Kathleen Toth is an attorney who began advocating for animals in 1994 right after graduating from law school. Kathleen has worked pro bono for animal rights in Houston, Texas, with the Texas animal law section of the Texas State Bar and, more recently, as an attorney with the Animal Legal Defense Fund. Currently, Kathleen serves as local counsel with ALDF in an effort to have Utah’s “ag gag” law declared unconstitutional.

In addition, Kathleen has served as a board member and legal counsel for a grassroots animal rescue group in Houston, Texas. After moving to Utah, Kathleen began volunteering for Nuzzles & Co. Pet Rescue and Adoption in 2010. She joined the board of directors in 2012 and became president in 2014.

That same year, Best Friends formed the NKUT (No-Kill Utah) Coalition and Nuzzles & Co. was one of the first organizations to join. The organization’s board of directors and management staff set out to determine the best way that Nuzzles & Co. could utilize its resources, including a 16,000-square-foot ranch in Peoa, Utah, and a storefront in Park City’s busy outlet mall, to contribute in an innovative and positive way to making Utah no-kill by 2019. The organization determined that it could have the biggest impact in helping Utah become no-kill by using its resources to influence more people to adopt.

In 2015, with the pro bono help of an international marketing firm in Salt Lake City, Nuzzles & Co. rebranded its organization (changing its name from Friends of Animals Utah/Furburbia to its current name) and repackaged its message about rescue and adoption. Nuzzles & Co. sought to provide customers with a warmer, more inviting rescue and adoption experience. Employees became highly trained matchmakers, matching families with their next pet, and emphasis was placed on providing an exceptional experience and place for people seeking to adopt.

2015 turned out to be the most successful year in the organization’s 25-year history, with adoptions increasing by over 60 percent, saving 500 more lives in 2015 than in 2014. So far, in 2016, adoptions are up another 53 percent over 2015’s numbers and the organization continues to break records each month. With these adoption numbers, Nuzzles & Co. is able to relieve the pressure in city and county shelters across the state and is influencing more people to support rescue and adopt their next pet.

Kathleen lives in Salt Lake City with her husband, Justin, three boys and four dogs. She enjoys hiking the trails, backpacking and running with her dogs, including her nine-pound Chihuahua and border collies, in the Uinta Mountains just outside Park City.