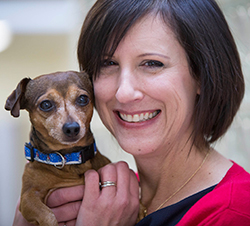 Makena Yarbrough joined the Lynchburg Humane Society in July 2009 as the first executive director for the organization. She quickly worked with the innovative board of directors to develop and implement a long-range plan to take the community to no kill. Since her arrival, the organization has tripled the size of the board of directors, developed a more equitable relationship with the city of Lynchburg as their contracted pound, begun managing the regional spay/neuter clinic, created a citywide free spay/neuter effort for community cats, and increased community awareness and involvement in the cause.

The organization has also decreased intake and implemented a number of new programs that have increased the number of lives saved from 49 percent to 94 percent. After a very successful capital campaign that raised $5.2 million in two and a half years, the new Edythe Elizabeth Stauffer Center for Pets opened in March 2015.