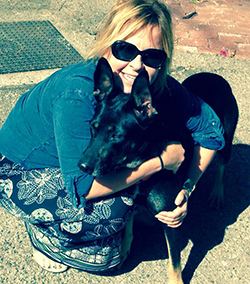 Tamara Hedges has been a passionate animal advocate since she could walk — rescuing puppies, kittens, bunnies and birds as a young child. Her volunteer work with animal shelters and rescue groups started in the late 1980s with the San Francisco SPCA, where she was a mobile adoption counselor; a trap/neuter/return (TNR) trapper, transporter and advocate; and a volunteer in the ethical studies department.

Realizing the benefits of having a nonprofit animal advocacy organization operate the shelter, after less than one year in the new facility, the city issued a request for proposal (RFP) to run the shelter. FPSAS applied and was awarded the operations contract in November 2012. This was an enormous undertaking for FPSAS, which had previously focused primarily on fundraising, but one that the organization embraced enthusiastically, knowing that the public-private partnership would be a more nimble, compassionate and effective model for the Palm Springs community.

When not working at her daytime job as the executive director of the University of California, Riverside, Palm Desert Center, Tamara devotes her time to her position as vice president of Friends of the Palm Springs Animal Shelter. Tamara believes her 25 years as an administrator in higher education have aided her in developing effective programs for the Palm Springs animal shelter and community, knowing education to be the key to real change and sustainable progress.