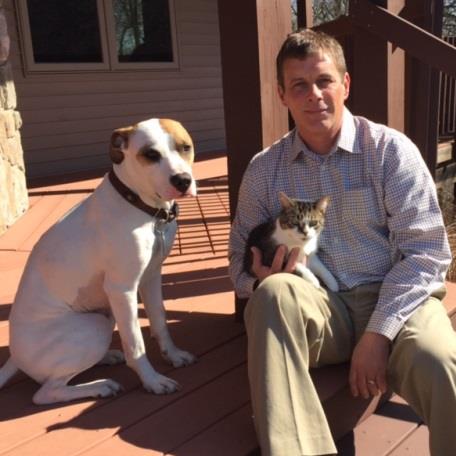 Richard Angelo, Jr., is a legislative attorney for Best Friends Animal Society. His primary focus is on Best Friends’ work with community cats, promoting legislation that will humanely and directly reduce the killing of cats in shelters across the country. He was previously a sole practitioner with an office in Davison, Michigan, focusing on companion animal–related matters and litigation, including defending dangerous dog laws and consulting on alternatives to breed-specific legislation, ownership disputes involving companion animals, and zoning and ordinance violations regarding companion animals. Richard has spoken on community cat issues, dangerous dog laws and breed discrimination at numerous national, regional and local events across the country. He has been a member of the animal law section of the State Bar of Michigan since 2001 and has served as a council member of that section since 2009. He is also a member of the American Bar Association’s TIPS Animal Law Committee, the international law section of the animal law committee, and the National Animal Care and Control Association. Richard resides in Goodrich, Michigan, with his wife, five dogs and three cats.