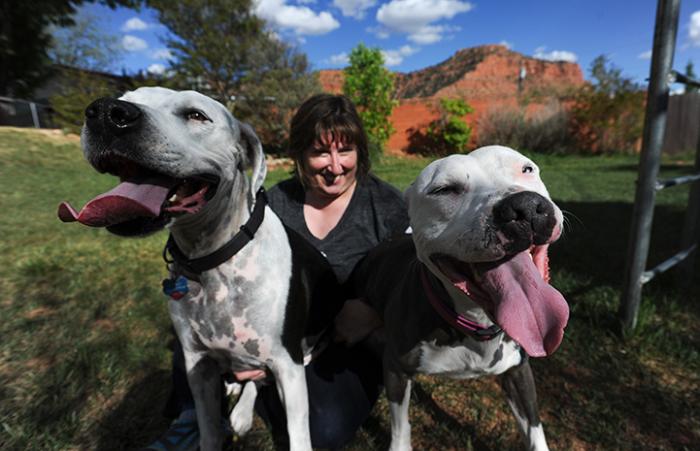 12 warm fuzzies for the holidays

Whether it was the shy schnauzer rescued from a puppy mill or a tiny kitten who grew up strong in our kitten nursery and was adopted, the year 2016 was filled with so many reasons to be thankful. Every single pet saved is a miracle, and regardless of their past, they’re now living in comfort and happiness, thanks to everyone who came together to save them.

We invite you to take a break from the hectic holiday schedule and look back at some of the dogs and cats whose stories we shared this year. Enjoy.

Shy puppy with a bum leg

Sweet Chandler went through a lot in the first months of his life, but he managed to come out on top anyway. The pup was abandoned with his two littermates at a rural animal shelter. They were brought to Best Friends, and while the other two puppies were soon adopted, Chandler was hampered by a broken leg and the fact that he was shy with everyone. Even after his injury healed, he had to deal with a limp. And because he wasn’t very sure of new people, he was more likely to hide than play with potential adopters. Even so, he learned to trust and soon was adopted, too. Read Chandler’s full story 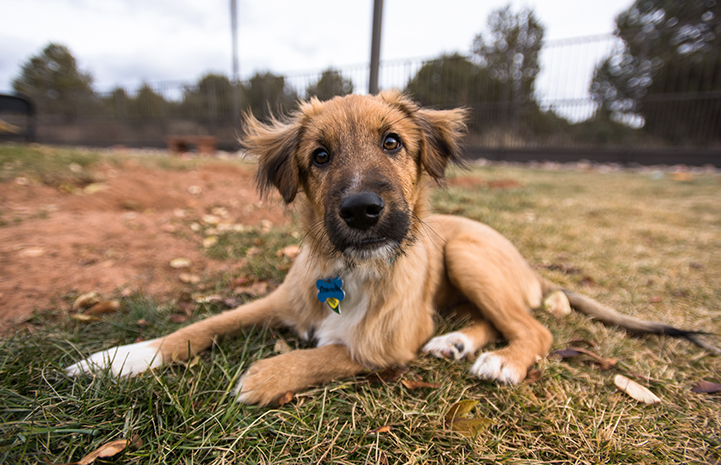 Birdie was 16 years old when her person died of cancer and she lost the only home she’d known. She settled in at the Sanctuary and after waiting two years (during which she became a Cat World favorite), a visitor fell in love and adopted her. She now rules her new home, including the family’s 100-pound dog. Read Birdie’s full story 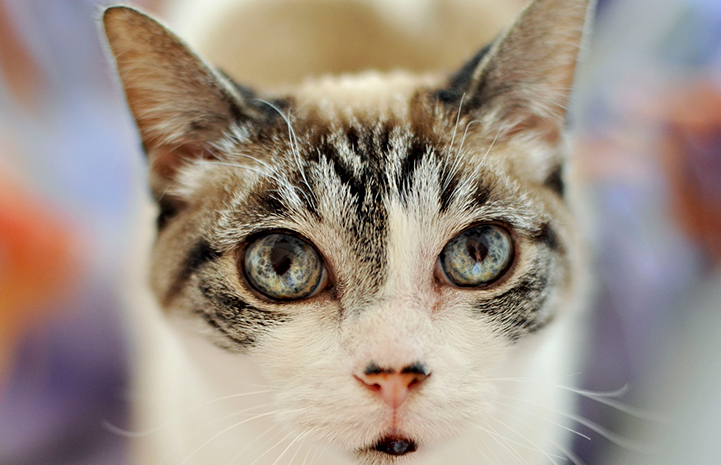 Foxi is now famous among residents at a Los Angeles senior center. It’s because she’s never met a lap she didn’t like, and because she wears a different outfit every day. Though she was scared and sick when she arrived at the Best Friends Pet Adoption and Spay/Neuter Center in L.A., once healthy she was adopted. Her new person saw how loving and mellow she was, and now Foxi brings joy to everyone she meets. Read Foxi’s full story

Until she came to Best Friends, Gerta’s whole world was four walls of a wire cage. She was a breeder dog at a puppy mill, and that meant she’d never experienced what it meant to be man’s best friend. Instead she was terrified of everything. But with loads of patience, love and gentle guidance, now she’s just beginning to believe that people are good. Now she has only comfort and happiness to look forward to, including one day a home of her own. Read Gerta’s full story 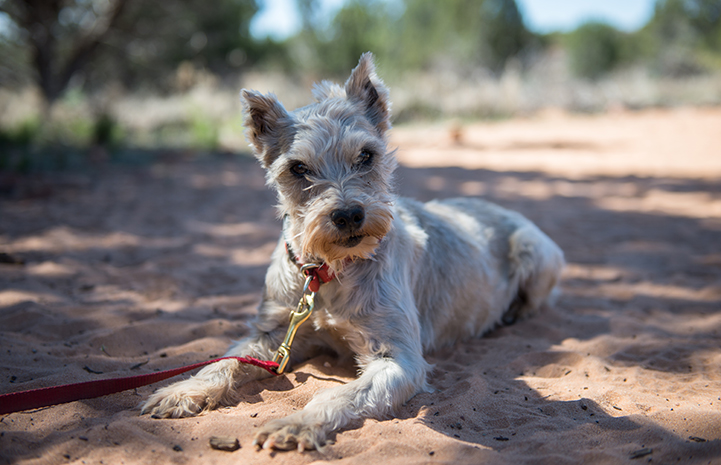 She was just one week old when she was found abandoned outdoors in Salt Lake City. But Porcelain thrived at the Best Friends kitten nursery, where staff and volunteers bottle-fed her and her littermates around the clock for weeks. When she was big enough to eat on her own (and eventually old enough to be spayed), she got her chance to be adopted. She found a home with another kitten in one day. Read Porcelain’s full story 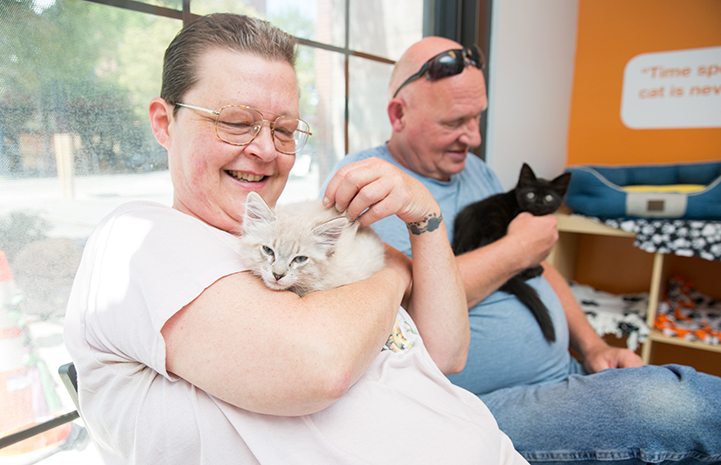 After a lifetime of waiting, Ebony goes home

Ebony’s motto is to never ever give up. She didn’t give up when she landed in a shelter years ago or when she spent years in special training programs to help with her behavior challenges. She didn’t give up hope that someone would love her, quirks and all — even though she’d have to be the only pet in the home. We didn’t give up on her, either. Today Ebony is the one and only for a person who loves every single thing about her. Read Ebony’s full story 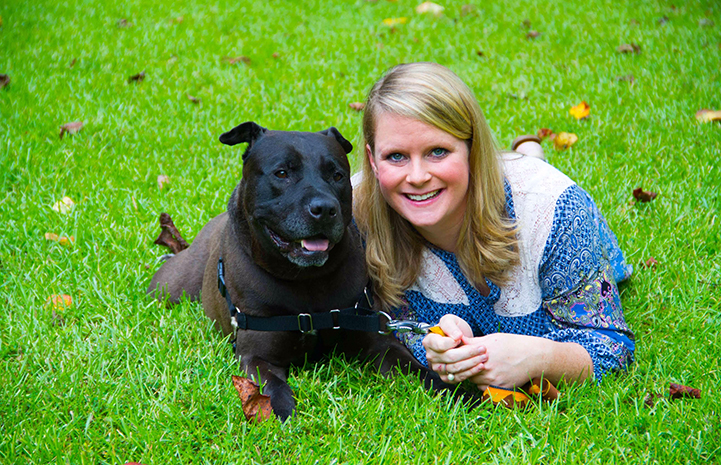 It takes a village

Beanky might have felt unwanted when she ended up in a New York City shelter, but that feeling wouldn’t last long. Best Friends took her in and got her a foster home where her temporary people so loved her that they wrote an instruction manual with all her likes and dislikes, to make the transition easier when someone wanted to adopt her. Then a teenager met Beanky at an adoption event and lobbied his whole family that she was the dog for them. Soon Beanky went to her new home, where her new family already knew about all her favorite things. Read Beanky’s full story 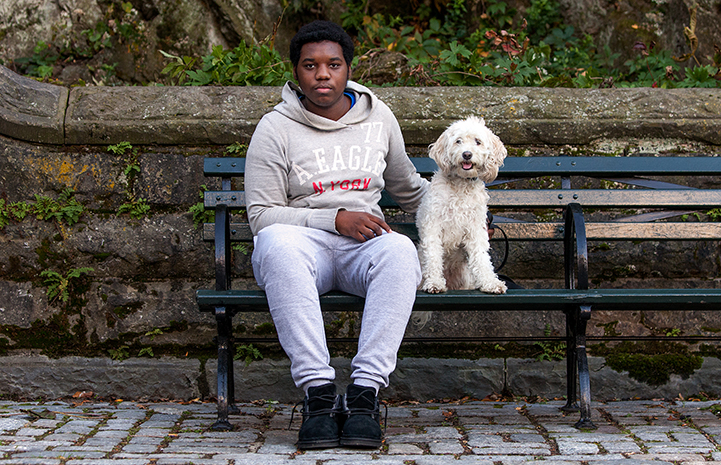 Cookie got to go home with a longtime Best Friends volunteer after surviving an accident that left him blind, deaf and unable to walk or normally use the litter box. But he was a fighter, and with lots of supportive care at the Sanctuary, he made a full recovery. Now he’s pampered and much-loved in his forever home. Read Cookie’s full story 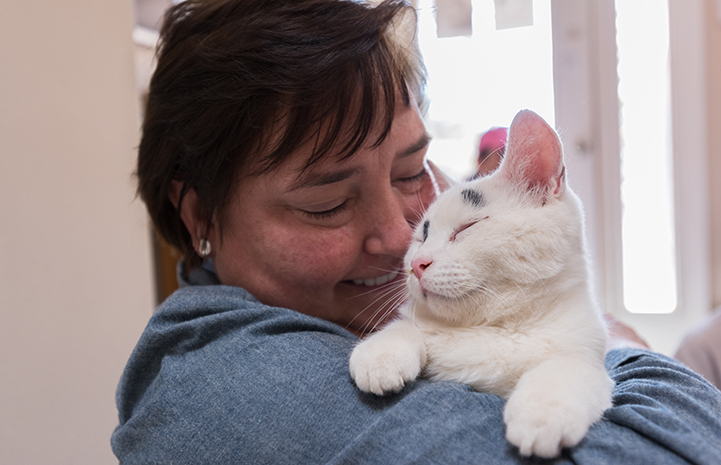 She’s a lover, not a fighter

Trinity had just about every bad thing possible happen to her. She likely came from an illegal dogfighting ring, but she somehow ended up wandering into a California wildfire cleanup site, where she was brought to safety and, eventually, to Best Friends. Just when she reached rock bottom, she finally broke free from one life and immediately walked into another, where she’ll only know love and care. She fully recovered from extensive injuries, and is now in a home with a person who loves her to pieces. Read Trinity’s full story 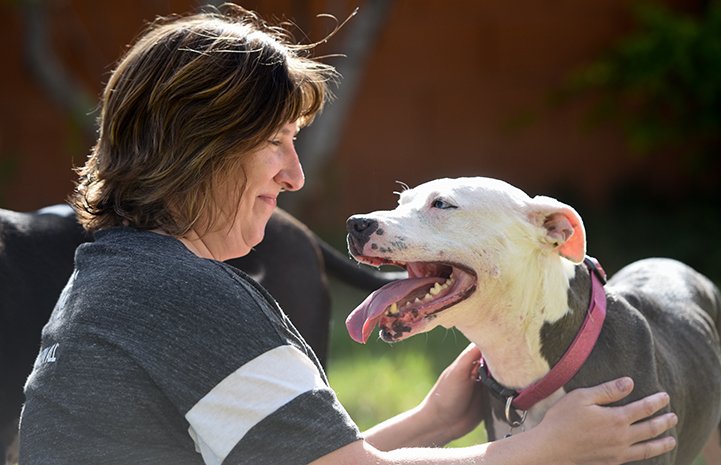 Most puppies are goofy, playful and love nothing more than a good wrestling match with another dog — but not Arizona. She was once a stray living in the desert, where something must have caused her to be severely afraid of other dogs. If she didn’t receive help to face that fear, it would be part of her life forever. With lots of positive training, Arizona learned that other dogs aren’t so bad and that they can even be her friends. With her new confidence in place, the sweet puppy was adopted, leaving her fear far behind. Read Arizona’s full story 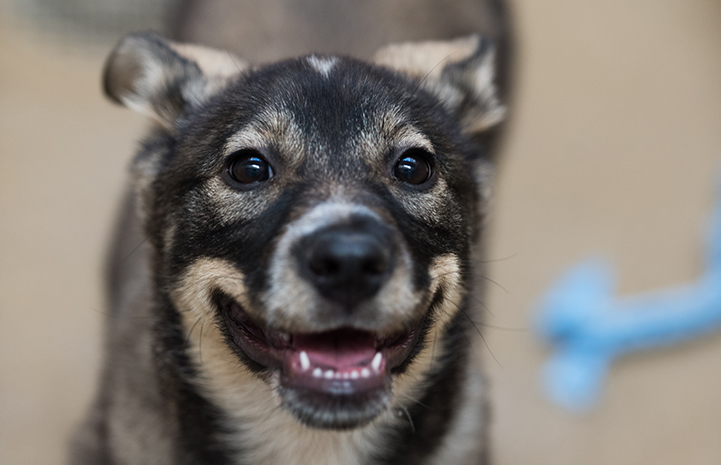 At the Sanctuary, Sophia appeared to be one streak of tabby fur — flying, as only a kitten can, from one place to another at top speed. In that regard, she was a completely normal kitten. The fact that she had no eyes didn’t slow her down one bit, and that’s what made her extraordinary. Now that she’s been adopted, she continues to amaze everyone she meets with her fearlessness. Read Sophia’s full story

Dog donates blood to save puppies

If a dog is rushed to the Best Friends Animal Clinic after a life-threatening accident, or if newly arrived puppies come down with an illness, an emergency blood donation can save their lives. That’s where Ralph, an unlikely hero comes in. Ralph has helped to save other dogs by being a blood donor. And that’s after he came to the Sanctuary with his own life at risk because of some serious behavioral challenges. Today, Ralph is a big marshmallow of a dog who seems happy to pay it forward, just when others need him the most. Read Ralph’s full story 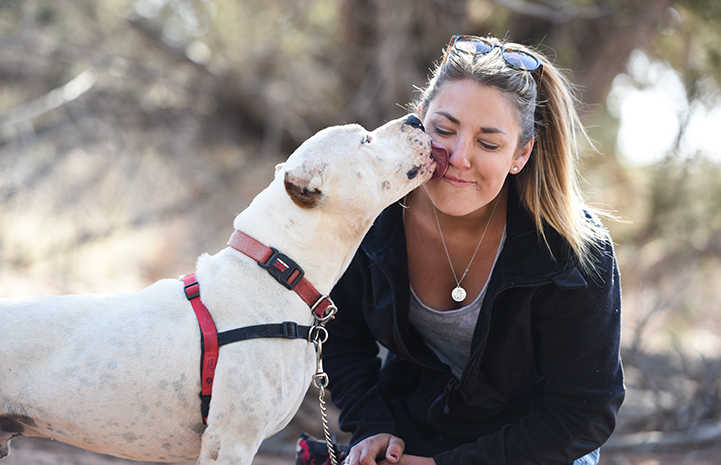 Be part of the magic. Together we can Save Them All.