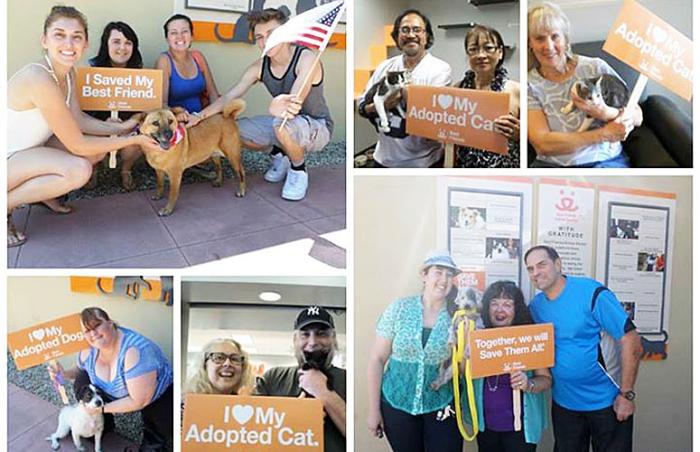 While most people look forward to the 4th of July, shelter workers do not. Fireworks can wreak havoc with sensitive pets, as anyone who’s had a dog try to claw through the floor will understand. Dogs and fireworks don’t go together well-- indeed, pets and fireworks are just a downright bad combo. Frightened pets get loose from homes and end up in shelters, where they often are unclaimed.

With a sudden influx of pets within just a few days, shelters quickly reach and exceed capacity, resulting in many pets being killed. Los Angeles city shelters, just like others around the country, face the problem every year. But this year, Best Friends planned ahead to ensure that as many pets as possible left shelters alive.

Getting strategic to save pets' lives

The Best Friends Pet Adoption and Spay/Neuter Center in Los Angeles takes in pets exclusively from Los Angeles Animal Services (LAAS) as part of the effort to bring Los Angeles to no-kill status by 2017. Marc Peralta, executive director of Best Friends-Los Angeles, explains, “Our center is always full. As soon as a space here is freed up — when a pet is adopted or transported to another group — we fill that space with another pet from the shelter.”

Knowing that early July is a time of high capacity for shelters, adoption center staff members planned a blockbuster promotion to entice more people to adopt, while making every possible space available in anticipation of the inevitable large intake around the holiday.

For a 10-day period, people came to the center to be matched up with the right pet for them — at no cost. Dogs, cats, kittens and puppies went home spayed or neutered, vaccinated and microchipped just like any other day; except during the promotion, adoption fees were waived.

“We hoped to find homes for at least 200 pets, about 20 a day,” says Marc. “But the public’s response was so positive, it quickly became clear we’d do more adoptions than that, which was great because it meant we could save more animals from shelters.” 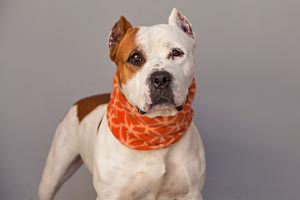 One especially sweet adoption was Peanut, a big, goofy brown and white pit bull terrier. Just a week after Peanut arrived from LAAS, a man came to the adoption center with his Chihuahua in tow. Center staff brought Peanut into a play yard to see whether he’d be a nice boy with the delicate little dog. When the tiny dog went out of her way to make sure Peanut knew she was the one in charge, Peanut responded the way big goofy dogs do. He bowed down, inviting her to play. Ignoring the little dog’s snarky advances with a smile that seemed to say he knew he’d win her over, it was clear this was a great match.

Pets of all colors, sizes and shapes (even some with special needs) found great homes during the promotion — like Hiccup, a pretty gray tabby kitten who has feline leukemia virus (FeLV). After several visits to look at kittens and to make sure they chose just the right one, a couple couldn’t stop thinking about Hiccup. FeLV is untreatable, but after counseling from the staff about how to manage the disease and keep Hiccup comfortable, they took her home to settle in.

The proactive adoption event was a roaring success. In 10 days, homes were found for 225 pets. With both adoptions and transports to other shelters, Best Friends saved 336 shelter pets when they were most at risk of being killed. “This promotion was even more successful than anticipated,” says Marc. “We were thrilled to help LAAS with the tremendous influx of animals during the week of July 4th. Now hundreds of living, breathing, wonderful pets are in terrific new homes.”