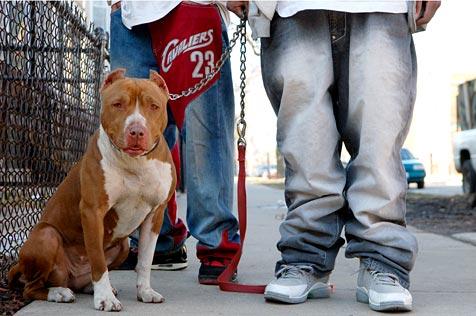 Why do so many animals continue to be euthanized every year? Why are so many dogs roaming the streets within a specific zip code? How can public and private resources for companion animals be most effectively allocated in a densely populated city?

The objective: A no-kill Chicago

This represents a sampling of some of the hard questions being asked in a Chicago, Illinois, strategic planning study sponsored by Best Friends Animal Society to determine the needs of companion animals in the city as well as an accurate accounting of available resources through public and private agencies to help address these needs. The ultimate goal: No More Homeless Pets in Chicago.

The study, a first of its kind, is being directed by Cynthia Bathurst, national director of Best Friends’ Project Safe Humane and principal director of Safe Humane Chicago, with the sanction of the Chicago City Council through License and Consumer Protection Committee Chairman Gene Schulter. An advisory panel of city stakeholders convened by Schulter and Bathurst provide oversight. Best Friends special projects manager Sherry Shankle designed the template and is charged with gathering and analyzing animal welfare and demographic data. Bathurst and Shankle are joined by DePaul University’s Chaddick Institute for Metropolitan Development, an organization dedicated in part to urban planning and development and charged with ensuring a community-wide, municipal effort.

Studying the animal issues in Chicago

The first and most important phase of this study involves a comprehensive demographic analysis of problems associated with homeless, abused and at-risk pets in Chicago, a catalog of the municipal costs associated with companion animal-related issues and practices that shed light on the Chicago communities most in need of resources. Study participants are gathering raw data supplemented with information gleaned from interviews with a cross-section of people representing at-risk Chicago communities. The results will reveal how resources may best be allocated for the greatest effect on identified problems. The end result is a strategic plan for the city to save lives.

The first phase of data gathering began in May of 2009. The study should be completed by this fall, with results and a strategic plan reported to the Chicago city council before the year’s end. With this template in place, it can then be replicated in other municipalities across the country.

"The study brings companion animals into the mainstream of municipal planning," says Bathurst. "It asks how the city, animal welfare groups and community groups can work more effectively together toward common goals with limited, but shared resources."

To create a no-kill city model, the study recognizes that more than simple animal welfare issues need to be taken into account. Bathurst went to Alderman Schulter and the City of Chicago, and, for the planning components, Chaddick Institute. Bathurst had worked with Chaddick’s director, Dr. Joseph P. Schwieterman, on a community research initiative in Chicago’s Lincoln Park neighborhood, focusing on zoning and transportation issues.

"Animal welfare is part of public welfare—we need a model that incorporates animal-related issues into the very structure of urban planning," explains Bathurst. "It’s just like the greening of a community or issues of transportation. Cities need sound planning tools to ensure that these issues are not addressed in a vacuum."

Chaddick’s Schwieterman believes this study is important because it takes into account issues from a vast spectrum of areas and sources. He points out that the comprehensive report will not only provide a general overall view of Chicago’s animal welfare issues, but also a reference that will highlight specific areas in need of additional resources.

"This study will be the first of its kind in the nation," notes Schwieterman. "Too often, cities have settled for fragmented, piecemeal efforts that are not part of an overall plan. We’ll be working hard to enlist the support of both animal welfare stakeholders and key city departments."

Sherry Shankle was the obvious choice to create the template for this initiative. In addition to her knowledge of animal welfare, she was a Six Sigma Black Belt, a methodology for process improvement. Shankle developed the first phase of the study to expose and analyze problems through existing data and processes.

Shankle’s template incorporates the kind of general data one might expect for an animal welfare study: demographics, number of companion animals living in a single household, how many cats, how many dogs, etc. Why are these questions significant? Shankle can’t make that determination until all the data has been gathered and analyzed. At this point, what she does know is that the more detailed information gathered, the more detailed the results and, therefore, the more detailed account of what works and what doesn’t work in the Chicago animal welfare arena.

"Here’s a hypothetical example of the kinds of things I’m hoping to report," says Shankle. "A statistic might reveal that 80 percent of the animals coming into Animal Care and Control are dogs. Of those, 60 percent are being admitted from one zip code. Of those, 90 percent are unaltered and aggressive. The conclusion might be: Would people in a particular zip code have had their animals spayed or neutered if resources had been available/affordable? Would that have enabled them to keep their pets?"

And there are other factors to consider, like where did the dogs come from? Pet stores? Breeders? Puppy mills? Neighbors? Any one of these factors or a combination of factors will hopefully point to a specific problem or need in the community.

What happens next with the study

Lauren Fischer is the Chaddick research associate working with Shankle and Bathurst. She assists in collecting data, intake and processing and ensures that the entire community is represented in the study. She says one of the most compelling factors of this study is its ability to gauge quality-of-life concerns as they pertain to companion animals without the emotional factors that often come with that territory. For instance, Fischer explains it’s her job to document one woman living with three unspayed female cats. She also wants to know why the woman hasn’t had her cats fixed—but without passing judgment. And Fischer needs to find out why a person turns in his/her canine companion of ten years to animal control—again, without passing judgment.

"This study is really about good governance, not emotions," Fischer says. "A good example of this is the spay/neuter ordinance. In talking with people in the animal welfare communities, we’re finding there are strong opinions; people already have their minds made up—it’s a good idea, it’s a bad idea. We aren’t making those decisions. We’re looking at costs, benefits, consequences and the numbers that back up these issues. Only in light of collecting and analyzing raw, empirical data can we make recommendations as to the best practices for Chicago."

Because this is a first of its kind study, it’s impossible to predict what might or might not be revealed. But, Fischer says, it’s a project whose "time has come."

"We’ve known Cynthia for a long time and know of all the important work she’s done for Best Friends and Safe Humane Chicago," says Fischer. "This is a great idea; a groundbreaking study. And it’s exciting to be on the ground floor in creating a working model that other cities will be able to adopt to launch their own no-kill communities."

Read more about the no-kill movement.