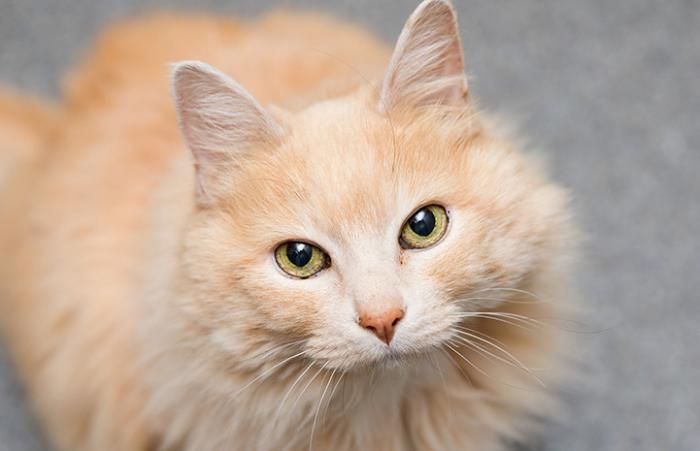 When visitors at the Best Friends Pet Adoption Center in Salt Lake City first met Tsoren, what they likely noticed first were the cat’s beautiful eyes and long cream-colored coat. Tsoren has a regal presence that draws people to her, which is a good thing because she loves making new human friends (but cats, not so much).

Despite her personality and stunning looks, Tsoren had a difficult time staying in a home. In fact, she was returned twice in two years to the center ― the last time because she couldn’t always make it to the litter box on time. The good news is that while a vet’s diagnosis revealed that Tsoren has an incurable chronic kidney disease, it only takes a bit of extra care to keep her comfortable and happy. Plus, there’s no reason for kidney disease to stand between her and a home.

For some potential adopters, Tsoren’s health condition would be cause for hesitation ― but not for Karen Park. To her, Tsoren was about as perfect as you can get. 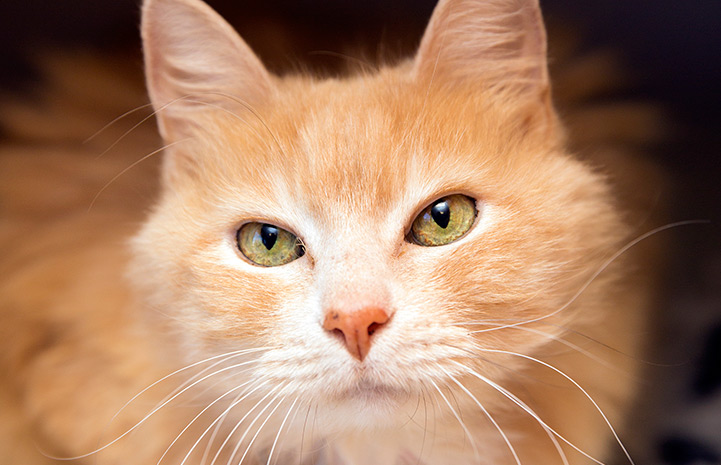 In search of a mature cat 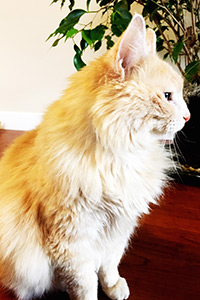 Karen had been visiting local rescue groups and shelters for a couple of weeks, looking to adopt a cat to fill the void in her heart since the passing of her beloved senior cat of 17 years. Karen’s townhouse was feeling pretty empty without her loyal feline by her side, and so she set out one day determined to find a new companion.

As she made her way from place to place hoping to meet the right cat, Karen began to feel discouraged. She was looking for the same instant connection she made with her former cat. But every time she visited adoptable cats, she walked out alone ― that is, until visiting the Best Friends Pet Adoption Center where she spotted Tsoren, who was holding court while perched high on a shelf, peering down at the people and pets below.

Karen was instantly drawn to Tsoren, and center adoptions specialist Samantha Nelson watched the two form an instant bond.  “When I brought Tsoren to the meet-and-greet room, she immediately climbed into Karen’s lap. And I could see that Karen’s eyes were starting to water,” says Samantha.

Samantha left them alone for a little while, and when she returned Karen broke the good news. She’d be walking out the front door that day with Tsoren.

“I went over Tsoren’s medical history and needs, and Karen was fine about it all,” says Samantha. “With her experience helping older cats with health issues, we knew Tsoren was going to a great home.”

The two left that day to cheers from the staff members. They knew that while a cat with chronic kidney disease might have been killed at some shelters, Tsoren got every chance to find the home she deserved. And that day, she would finally get it.

Tsoren’s chronic kidney condition requires her to be on a special prescription diet. And because she has a tendency to urinate outside of the litter box, her situation calls for a patient and understanding adopter. She’s found that in Karen, who was looking to adopt a mature cat and understands the extra responsibility that comes with it.

“I love taking care of her. It isn’t a burden. It’s a privilege. I can tell she’s beginning to feel comfortable here.” says Karen, who enjoys the assertive nature of Tsoren, a cat who isn’t afraid to say what she wants. And that’s perfectly fine with Karen.

Ready for a little unpredictability

Because she lives by herself, Karen felt the loss of her last cat very deeply. But Tsoren has helped change that. By caring for Tsoren, Karen no longer feels alone in her home. Plus, Tsoren is keeping her on her toes.

“When you adopt a cat, you have to be ready for a little unpredictability,” says Karen. “Tsoren has livened things up here. She’s soft and affectionate, but she’s also independent.”

Today, Tsoren and Karen are navigating life together. Karen again knows how great it feels to open your front door after a long day to find your friend waiting there to greet you. And Tsoren has found love with a person who loves her for who she is. It’s the kind of love that will keep her happy and healthy ― for a very long time. 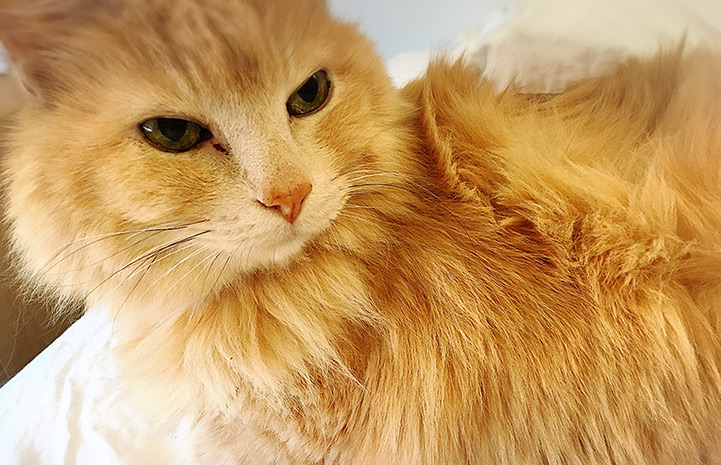