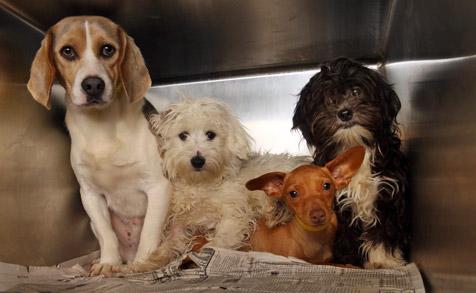 In the last few years, the cruelty of USDA-licensed farms and puppy mills has been exposed more than ever. With social media and the latest image-capturing technology (say "cheese" to the phone), the one-time dirty secrets involved in raising animals en masse for profit are becoming much less secretive and are appallingly dirtier than one could ever imagine.

The leaders in agriculture have taken note, and so have their elected officials. However, not in the way we might have hoped. After all, it’s bad for business for the public to see day-to-day operations. In 2011 and 2012, so-called ag-gag bills have been introduced that would make criminals out of the people who document conditions on factory farms and in puppy mills.

Elizabeth Oreck, Best Friends’ national puppy mill campaign manager says, "The reason those of us in animal welfare are so concerned about the ag-gag bills is because they restrict the ability to document blatant and illegal animal cruelty —- and there have been so many cases recently in which companies whose workers engage in these inhumane practices have been made accountable only because someone documented it — whether it's on a factory farm or a puppy mill. Even employees or journalists who take photos or video to document misconduct — whether it's mistreatment of animals, worker safety violations, environmental or financial wrongdoing, etc. — could face serious criminal prosecution."

Recently ag-gag bills have been introduced in Iowa, Minnesota, New York, Indiana, Nebraska and Florida. Fortunately, most are stalling due to the fact that they are being deemed unconstitutional since free speech is a given right in our country. One pork industry trade website announced, "Ag Gag bill, dead in Florida, alive in Iowa." Yes, thankfully, the language that included the ag-gag provisions has been dropped from the bill in Florida due to outcry from the public.