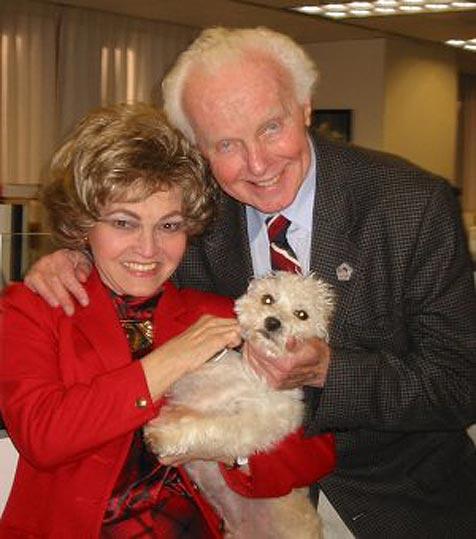 Animals have lost a friend with the passing of longtime advocate U.S. Rep. Tom Lantos, who died of cancer Feb. 11 at the age of 80.

He was the only Holocaust survivor to serve in Congress, and the memory of that experience set the course of his life. The Democratic congressman, whose district included part of San Francisco and surrounding areas, spent his lengthy political career fighting not only for human rights, but for animals too.

While Lantos is gone, his impact is still felt across the world. Best Friends, alongside those Lantos touched throughout his life, mourns his passing.

"Tom was tireless in his work for the animals through Best Friends," says Best Friends’ president Michael Mountain. "From Hurricane Katrina to the wars in the Middle East, he was always available to help facilitate the rescue of animals in need.

"He invited Best Friends to put on exhibits in Congress and in his home district. And just a few months ago, he joined us at a meeting in Congress, where he spoke passionately, encouraging ministers, rabbis and people of faith everywhere to promote the cause of animals at their places of worship."

A Religious Proclamation for Animal Compassion

The meeting he’s referring to was in November 2007 when Lantos, as co-chairman of the Congressional Friends of Animals Caucus, and fellow caucus members met with 15 religious leaders from various sects to sign A Religious Proclamation for Animal Compassion. The meeting – which was sponsored by Best Friends – and the proclamation, written by religious leaders, aim to unite people of all faiths in their compassion for animals.

"Kindness to animals builds a better world for all of us," Lantos said at that gathering. By his side at the meeting was his terrier mix, Mackó (which means "little bear" in Hungarian). His previous dog, a poodle named Gigi, was also a fixture in his Capitol Hill office.

In late September 2005, Michael met with the congressman in Washington, D.C., along with a group of lawmakers who make up the bipartisan caucus for animals. Members at the time asked major rescue organizations, including Best Friends, to let Congress know how the overall Katrina animal rescue was going – which, at the time, Best Friends and other groups were entrenched in. The request was a positive sign that Congress was paying attention.

What came out of that meeting was Lantos’s co-sponsorship of the Pets Evacuation and Transportation Standards Act (PETS). The groundbreaking bill, later passed into law, mandates that local governments include household pets in their disaster plans, ensuring that pets will never again be left behind in a natural disaster.

Lantos was known for his outspokenness. His sentiments about the Michael Vick pit bull fighting case were no exception. "I am outraged that one of the National Football League’s superstars is affiliated with such a heinous enterprise as dog fighting," Lantos wrote in a letter to the NFL in which he recommended heavy disciplining of the NFL star.

Shortly after Lantos sent the letter, the NFL suspended the pro quarterback, who is currently serving a 23-month prison sentence for dog fighting-related charges. In late 2007, a judge handed over 22 of the Vick dogs to Best Friends, where they are rehabilitating at the Utah sanctuary’s Dogtown.

Read about Best Friends advocacy work on behalf of animals.