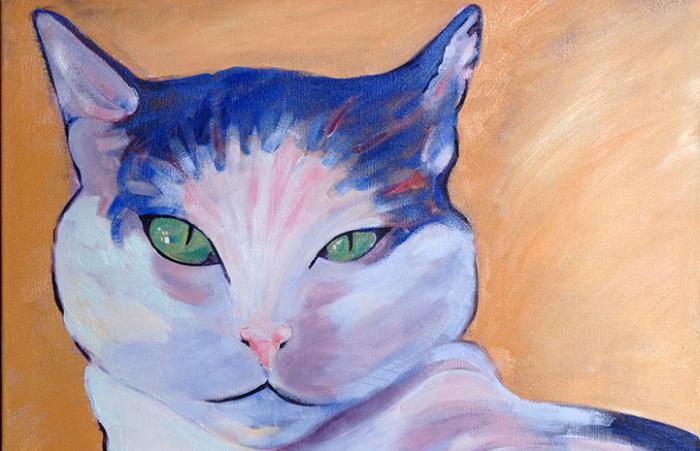 Artist retreat in Utah with a message of kindness to animals

Cyrus Mejia loves animals and he loves art, and for years he has been combining these passions, using the imagery of animals to deliver his message: the importance of kindness to animals.

Art for the Animals retreat with Cyrus Mejia

The Best Friends founder recently led his second annual "Art for the Animals: An Artists Retreat" for like-minded creative individuals. He worked in tandem with assistant Josh Baird and fellow artist and friend, Cathie McCormick.

Cyrus figures he’s not the only artist out there who wants to be part of the Kindness Revolution.

"I knew there were others out there like me, looking to make a difference through their creativity," he said. "The first retreat I did confirmed that for me. I want to continue to hold these retreats on an annual basis."

Artists from around the country

People came from as far away as Florida and Minnesota to participate in "Art for the Animals." Some work as professional artists; others merely dabble in painting, sculpting, collage and other media. Everyone walked away after five days with new ideas, new skills and most importantly, at least an inkling of how they would take what they learned back to their communities.

Marina Megale and Deborah Tucker plan on buying a farm and rescuing Premarin horses. Marina said, "I know there’s art involved with this – I just don’t quite know what it is yet."

Connie Barnett realized something had been missing in her greeting cards: an emotional connection. "Maybe now I can take what I’ve learned here and create something that goes beyond generating revenue," she said.

What the retreat entailed

In the mornings, artists would gather at different areas at Angel Canyon to sketch life drawings of cats, dogs, horses, bunnies and birds. After lunch, the group would move to Cathie’s studio for ceramics, prints, prayer flags, collages and mixed media. And no matter what they were working on physically, they were always thinking about The Message.

Each day, Cyrus would focus on a different aspect of The Message: What is the message? Where in your work does the message appear? Who is your audience? How will you create your art? How will you tell your story?

He helped them along by showing one of his messages: the 575 Project.

Cyrus had learned 575 animals were put to death each hour in shelters across the country. That simple statistic inspired a 10-piece art installation. One piece features a doghouse covered with 575 dog collars. Another is a paper screen decorated with pencil drawings of dogs and cats. The details in the images are comprised of 575 excuses given by people who dropped off animals at shelters.

The installation has been circulating around the country since 2000.

"All it takes is one small idea to launch large concepts," he said. "For me, part of the art is the thinking about it, mulling it over and letting the process reveal itself."

Takeaways from the art retreat

For some, the messages were clear.

Dee Anwin hopes to find a way to combine art with her sideline business, baking homemade dog biscuits. Beth Nelson, a self-proclaimed emerging artist/craftsperson would like to find a way to integrate art into the work she already does in the trenches at a local animal shelter and on the air for the radio program AnimalWise. And Karen Nielsen Hayes envisions inviting quilters from all over the country to stitch a cooperative quilt featuring animals and their stories.

On the last day, the artists shared a final meal with Cyrus, Cathie and Josh. Fruits of their labors were spread throughout Angel Village – brightly colored ceramic tiles of happy animals, striking black and white prints and thoughtful prayer flags waiting to be thrown into the trees at Best Friends. Everyone got The Message.

Get info about Best Friends' workshops