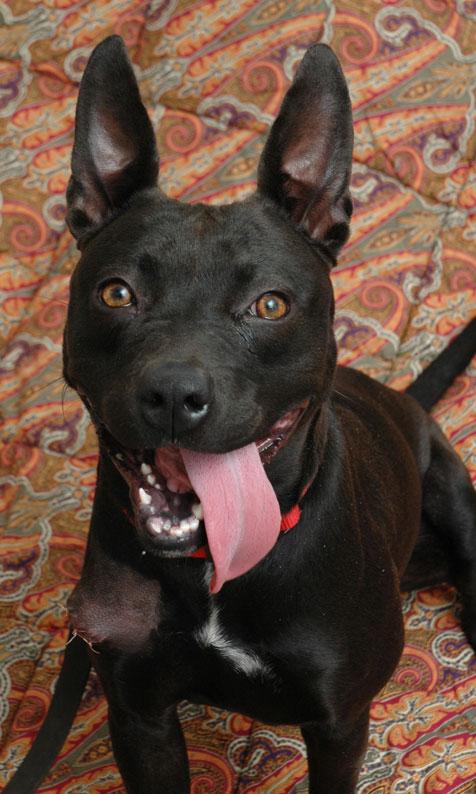 Back in Black 2 brings out adopters

During the month of May, the Back in Black 2 promotion from Best Friends featured black pets from the Sanctuary and over 100 of our No More Homeless Pets Network partners. The event included marketing and grant opportunities for our partners, waived or reduced adoption fees, a webinar on how to take quality photographs of black animals for their adoption profiles, and more.

The Sanctuary saw 57 adoptions of black and mostly black pets, and our No More Homeless Pets Network partners found homes for over 1,200 animals.

It was perplexing why Batgirl (pictured above) had been at Best Friends’ Dogtown since being rescued during Hurricane Katrina in 2005. She was a staff favorite who gets along with other pets. Her luck was about to take a turn for the better.

Her new mom, Michelle, had visited the Sanctuary a few months ago and met Batgirl, who stole her heart. Having a few dogs at home, Michelle wasn’t ready to commit to another furry family member — that is, until she saw Batgirl featured in the Back in Black campaign. That swayed her to change her mind. Batgirl now has canine siblings and a doting mom who couldn’t be happier.

Good news for a senior dog 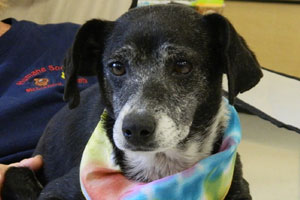 One participating No More Homeless Pets Network partner, the Humane Society of McCormick County (HSMC), in South Carolina, was able to place an extra-special dog during the event.

Missy is a mostly black dog, although she has some salt in her peppered face. She is a lovely senior. HSMC had been trying to place her for a while when her perfect match showed up.

During one adoption event, a staffer was trying to take an updated photograph of Missy for the promotion. While maneuvering her from a volunteer’s lap (her preferred spot), the potential adopter, Darcy Hammond-Ross, remarked about how sweet Missy was. Soon Missy commandeered Darcy’s lap. It was obvious this was a match made in heaven.

Darcy says that Missy has fit right in to her home. Missy joined Darcy’s pack of five, with three furry siblings who are over 10 years old. In addition to making herself comfortable on their king-sized bed with the rest of the slumbering brood, Missy also goes to work with Darcy a few times a week at the rehabilitation center where she works. "Everyone that meets her, loves her," says Darcy.

Judy Haywood of HSMC shares, "The Back in Black 2 promotion reminded us that some dogs and cats need to be shown off in a different way in order for people to appreciate all that they have to offer." 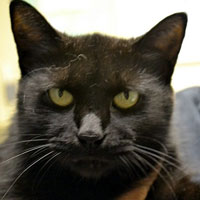 Ann Brownell of Upper Peninsula Animal Welfare Shelter (UPAWS), in Negaunee Township, Michigan, overheard this statement last year when UPAWS was brimming with cats and kittens, many of them black or mostly black. When she learned of the opportunity to join the Back in Black 2 event, she signed her organization up right away. She wanted to give black pets the extra boost they needed to get adopted into the loving forever homes they deserved. During the promotion, UPAWS adopted out 26 black pets to loving homes. The organization was also a winner of a marketing photography kit, awarded by Best Friends.

One particularly heartwarming adoption was Jane, a beautiful adult black cat who had been at UPAWS since September 2011. She was in the shelter for many months and then transferred to a foster home. When the foster family learned of the Back in Black 2 event, and the plight of these often-overlooked pets, they called UPAWS and said, "We’ll adopt her!"

Check out and share the latest Best Friends events.