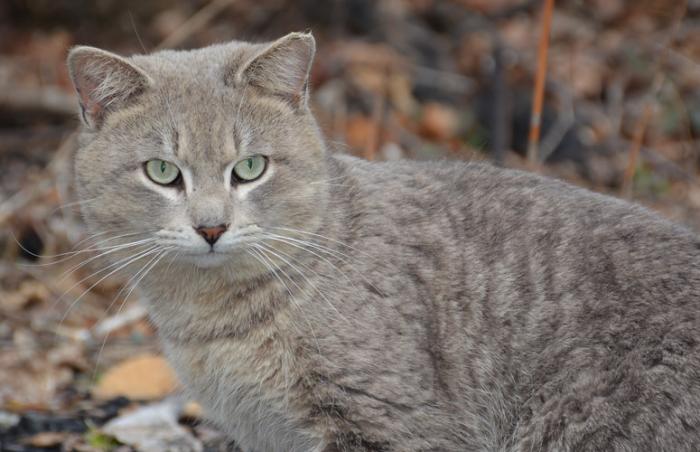 “I have a special call for the cats – when they hear it, they all come running,” says the man who goes by the name Mohawk. He cares for about 30 community (or feral) cats in his Baltimore neighborhood, which can be tough on a fixed income. Though he wants to, Mohawk can’t afford to spay or neuter all the cats. He says, “I feel like these cats are my family. If I don’t help them, who will?”

There’s help for Mohawk and others like him. The solution is two-fold: caring residents to feed and watch over the community’s cats each day, and plenty of help to ensure they’re spayed or neutered and healthy. That’s what keeps much-loved cats from entering and, all too often, needlessly dying in the shelter. 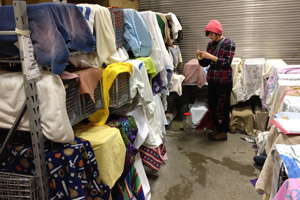 On a long weekend in February, multiple groups came together in a targeted trap/neuter/return (TNR) effort to help people and cats in Mohawk’s neighborhood. The goal was to pool resources, which included help from Best Friends’ Baltimore Community Cats Project, a partnership of Best Friends Animal Society and PetSmart Charities®, plus the assistance of veterinarians and an army of volunteers in an effort to spay or neuter as many cats as possible in just a few days. The neighborhood was chosen for one simple reason: More cats entered the shelter from that zip code than any other in the city. It was a problem that needed to be fixed.

For the love of cats

Over three days, teams of staff and volunteers headed out to trap community cats and transport them to BARCS to be spayed or neutered and vaccinated. Once cats had safely recovered from surgery the following day, volunteers released them where they’d been trapped. Shelly says, “Getting out and meeting the people who care for the cats was so rewarding. It was clear how much people love their cats.”

On one occasion as Shelly was busy setting traps, a man approached and wanted to know what she was doing. When she explained, what might have been an uncomfortable encounter turned around. The man said they weren’t his cats but he did feed them regularly, and if she wanted to trap them so they could be fixed, she just had to call, 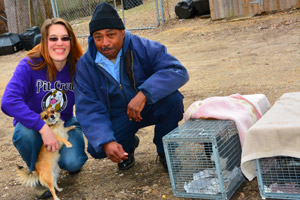 Mohawk had 16 of his cats trapped, neutered and returned during the project. “He was just great,” says Rebecca Sass-Crews, Best Friends community cat coordinator. “He was easy to work with. He withheld food a bit so the shy cats would go into the traps baited with tuna.” She adds, “He’s been taking care of the cats for years, and it was wonderful to be able to help him.”

By the project’s end, over 110 cats were spayed or neutered and vaccinated, and six cats with medical issues are receiving ongoing treatment. Shelly says, “It’s not just about TNR; it’s about making sure the cats are getting the specific attention they need to live healthy, happy lives.”

Join the effort to reduce the number of shelter cats dying