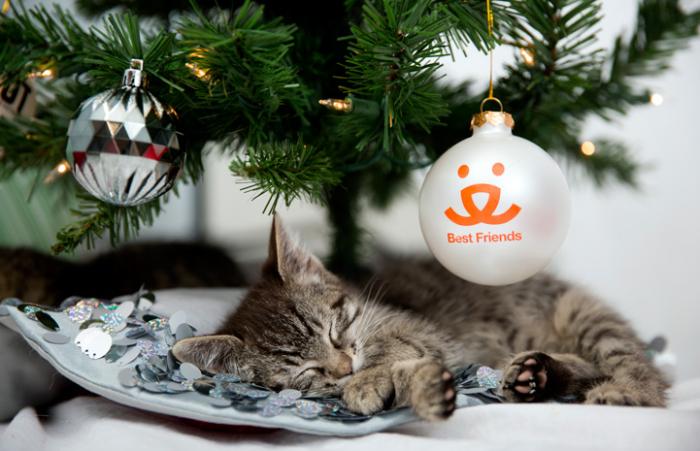 A banner weekend in pet adoptions with Zappos promo

You might have already read about Best Friends No More Homeless Pets Network partners’ successes from around the country during the Black Friday pet adoption event. From heart-warming adoptions to empty kennels, partners enjoyed a weekend of record-breaking adoption numbers. Well, Best Friends pets enjoyed the same excitement, with hundreds going home, too.

It’s all thanks to a most generous donation from online retailer Zappos.com, which sponsored all animal adoption fees over the weekend, giving much cause for celebration for every dog and cat to find a home, and making room for another shelter pet to come to Best Friends.

Because of Zappos’ support, families brought home the pet of their dreams at no cost to them, and pet lovers responded in a big way. Between Best Friends and the participating Network partners, more than 6,200 dogs and cats went home over the weekend, making space for those groups (and Best Friends) to take in many more homeless pets who still need help.

“We’re absolutely thrilled with the outcome of this partnership, especially considering how quickly it came together,” says Kim Pucci, director of strategic partnerships for Best Friends. “Between Zappos’ generosity and Best Friends’ national reach, thousands of lives were saved literally in just a matter of days.”

We wanted to share a few highlights from the Sanctuary and our local programs in Los Angeles, Salt Lake City and New York. Right now, hundreds of pets are celebrating the holiday in style with their brand new families. 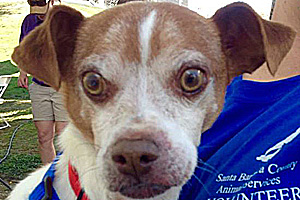 Animal lovers lined up outside of the NKLA Pet Adoption Center before it even opened. And at one point, all of the dogs in one wing had been adopted. That included a little fellow named Auggie.

Auggie, a seven-year-old, blind Chihuahua, had been at the NKLA Pet Adoption Center since May of this year. Now, even though Auggie was a confident fellow, and good on walks, let’s be honest. Being blind isn’t always as easy as he and other animals sometimes makes it look. And he can get a little testy sometimes. That made it a bit tougher to find just the right match for him.

Until one couple heard an advertisement for the Black Friday adoption event at the NKLA Pet Adoption Center and decided maybe the time was right for them to adopt a dog. They had lost their own little blind dog to old age, and they hoped to find another dog to fill the hole left in their hearts.

When they met Auggie, this experienced couple knew exactly what they were getting into and they decided to make Auggie the star of their family’s show.

In New York, Best Friends doesn’t have the benefit of a bricks-and-mortar location — yet. (Read more about those future plans here.) So for now, Best Friends’ local adoption team coordinates with our network of foster homes to bring animals to various mobile adoption events, places like PetSmart, for example.

So for Black Friday, the team focused on felines at two mobile sites. And of the 20 cats and kittens brought out for adoption, 19 found new homes and went on to celebrate the spirit with their own families.

But it wasn’t all just kittens and youngsters who went to new homes. Kitt, a 10-year-old (strike one) cat with medical issues (strike two) was adopted (home run)!

Kitt has a heart murmur and early stages of kidney disease. After most of the kittens and young cats got adopted, a very sweet couple came by and noticed Kitt. The couple had just moved to New York and was looking for a companion, and they fell in love with Kitt and adopted her on the spot. Now she’ll continue to get the care she needs to keep her healthy, but she’ll get it in her new happy home. 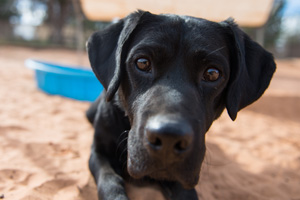 Bayley, a sweet black dog at the Best Friends Animal Sanctuary in southern Utah, had just become a star after being featured on our website in October. Deaf and lacking peripheral vision, Bayley could have been labeled special needs — unless you asked Bayley. Because to him, life is like a box of yogurt and carob-flavored treats.

And now, thanks to the Black Friday promotion, he looks for those treats anywhere he can find them in his new home.

His new person, David, writes in a follow-up email to Best Friends that he learned just how curious and food-motivated Bayley (newly named Fable) is after the curious dog popped up on every counter, table, chair and bed to investigate.

“We can’t go into the kitchen without his help and any cabinet or door we open gets his snout in it” David says, “but he is really settling down and perhaps realizing this is home.”

And learning to navigate his new home takes some patience and practice, both from Fable and David. David says they are continuing the training started at Best Friends using, of course, Fable’s highly sought-after food as motivation.

Regardless of what Fable needs to get comfortable in his new world, David is committed to helping. “In the short time Fable has been here he is doing brilliantly,” he writes. “I have grand hopes for the future.”

So do 18 more animals adopted from the Sanctuary over the weekend, who are now settling into their new homes. 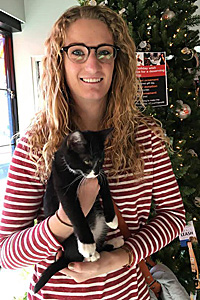 And in northern Utah, the promotion helped adoptions at the Best Friends Pet Adoption Center in Salt Lake City reach record-breaking territory for November. Checkers, a cute black-and-white cocker spaniel originally from Davis County Animal Care and Control, now has a new human sibling to spend the holidays with.

And dozens of cats and kittens went to new homes, including Archer, an adorable tuxedo kitten who’d ended up in a shelter in the first few weeks of his life. But now he’s growing up in a home of his own.

A total of 96 dogs and cats found new homes from the Best Friends Pet Adoption Center in Salt Lake City through the special event, nearing the highest number of adoptions ever.

From Utah to L.A. and New York, these are just a few of the 6,200-plus dogs and cats looking forward to a happy new year, because they now get to enjoy life with new families. And since we immediately take in new shelter pets whenever a spot opens up at Best Friends, we’re getting to know lots of new dogs and cats who are now safe and cared for, and will soon be in homes of their own, too. And that’s quite a holiday gift.

You can help get even more pets adopted for the holidays.