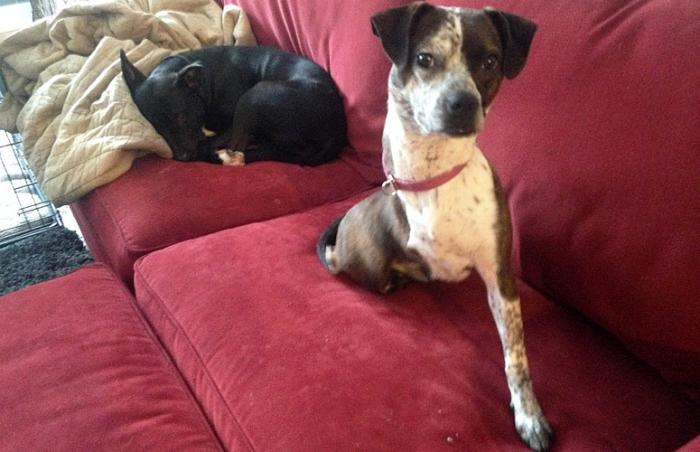 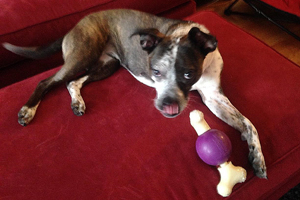 Martini, a sweet dappled cattle dog mix, was a victim of abuse. Shot and left for dead in an abandoned industrial area on the outskirts of St. Louis, Missouri, Martini was lucky to be saved by Stray Rescue of St. Louis. She eventually recovered from serious injuries, and (even better) Stray Rescue found the perfect home for her — and many more dogs like her, thanks to a grant from Best Friends Animal Society.

Stray Rescue is a partner in the Best Friends No More Homeless Pets Network, which brings together rescue organizations and municipal shelters across the country in an effort to end the killing of animals in our nation’s shelters. Best Friends recently issued a grant to nine St. Louis-area animal welfare organizations that are working to increase the community’s save rate (the percentage of animals who enter a shelter and are not killed). Stray Rescue, a grant recipient, utilized the funds to reduce adoption fees to as low as $25, with the goal of attracting more adopters and placing at least 285 dogs into homes.

The grant also provided an additional bonus beyond the discount adoption fees, according to Aimee Dearsley, development manager of Stray Rescue. “It helped to increase traffic to our shelter,” Aimee says, “and it also raised awareness in our community of the many breeds we have for adoption and how many we rescue from the streets.”

Working together to Save Them All

While the majority of animals saved by Stray Rescue are dogs like Martini (rescued straight off St. Louis streets), the group also is working to make St. Louis a no-kill community by helping pets in underserved and low-income communities with free spay/neuter services, pet food and vaccinations.

While Stray Rescue used the Best Friends grant funds to reduce adoption fees, the grant is helping other St. Louis animals, too, according to Michelle Logan, Best Friends No More Homeless Pets Network supervisor. Michelle says, “Large grants are so important in helping to Save Them All, because they create community collaboration around a common goal and take away the obstacle of each partner having to individually seek out funding to reach the goal.” 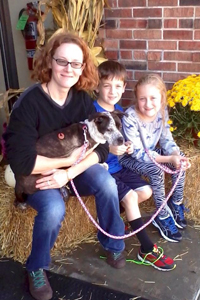 Once Martini was safe with Stray Rescue, veterinarians determined that the gunshot wound had damaged her leg too seriously to save it. But as it turns out, life on three legs hasn’t slowed down Martini at all or deterred her soon-to-be new family. Nicole Mott hadn’t planned on getting another dog until she saw Martini’s adorable face on Stray Rescue’s website. She followed Martini’s progress online and as soon as she was available for adoption, Nicole drove down from Chicago to take her home.

Martini is now the toast of the Mott household, and she loves her new canine siblings. She is best friends with Kami, a pit bull terrier mix, and the two spend hours playing together. “Martini loves bouncing off the couch and bed to tackle Kami,” says Nicole. “You would never know that she is missing a leg by the way she runs around and counter surfs for food.”

Get involved to help shelter pets

To bring hope and healing to more animals like Martini, become a Best Friends member.

Photos by Nicole Mott and courtesy of Stray Rescue of St. Louis