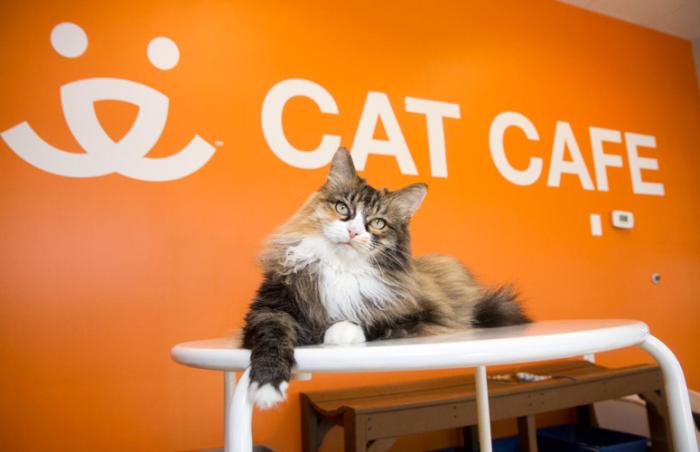 Working together to save homeless animals’ lives is the cornerstone of Best Friends Animal Society–Utah. The program has supported approximately 105,600 pet adoptions statewide from 2000 to 2012. This past summer, the Best Friends Pet Adoption Center in Sugar House opened for the business of getting more pets out of shelters and into homes. The facility showcases animals from local shelters like West Valley City Animal Services (WVAS) and Salt Lake County Animal Services (SLCoAS), along with dogs and cats from Best Friends programs. Since it opened, nearly 500 animals have been adopted from the center and are now cherished family members. While the center’s mission is straightforward, the synergy between the groups and the community is creating ever greater opportunities to realize a no-kill Beehive State. 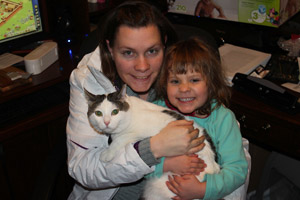 "The many cat adoptions are one of the greatest things about the center,” says Best Friends marketing specialist Jaimi Haig. “Our cat cafés (free-roaming cat rooms) let these cats be themselves so their personalities show. This is a much more relaxed and calming environment for them, and this particularly helps those ‘long-timers’ who have been in the shelter for quite a while."

When Shimon first entered WVAS, the cat was so skittish, staff thought he might never have been around people before. The Best Friends–Utah team took him to the pet adoption center, where the adoptions team spent time with him and determined he was friendly enough; he just might not have had much experience with people before. They introduced him to potential adopters, hoping someone would choose him.

Derik Udink and his family had never adopted an animal before, but they were ready to give it a try. “I don’t like seeing homeless animals and wanted to get a pet who needed a home,” says Derik. They went to the pet adoption center and met the “most tolerant and awesome cat.” Surprise, it was Shimon.

“The experience was excellent. The employees and volunteers were super nice and knowledgeable about all the animals,” says Derik. Since taking Shimon home, it’s only gotten better; he’s cuddly, friendly, and enjoys all the affection the Udink kids heap on him. 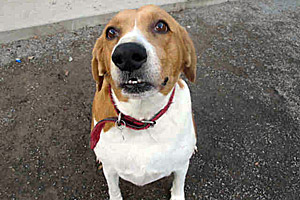 Marge is a senior beagle mix who entered the shelter in 2012 and then spent the next year like a boomerang. Every time she went out into a home, she’d eventually come right back through no fault of her own. One adoption didn’t last because the family didn’t have time for her, and another adoption fell through because the family lived in a home with stairs and Marge was having a hard time getting up and down. After the failed adoptions, she began to get overlooked at SLCoAS. Marge is house-trained and mellow, and shelter staff knew she just needed a fresh start. She was sent to the Best Friends Pet Adoption Center, and after two weeks of waiting for her forever family, in they came and home she went.

“Even though she had been returned, it didn’t break her sweet spirit. She was adopted from the center to a forever home that was going to love Marge for Marge,” says Sandy Nelson, marketing and communications coordinator at SLCoAS.

“Our partnership with the center has been very beneficial to the animals in our care at Salt Lake County Animal Services because it allows them another opportunity to be showcased in a different venue,” says Sandy. “That’s one of our favorite aspects of the partnership – saving more lives.”

The boutique atmosphere of the pet adoption center enables animals to shine and then matches their true personalities to the family that is just right for them. It’s giving misunderstood or overlooked animals, like Shimon and Marge, an increased opportunity to find true love.

Adopt your next family member. Get more information on the Best Friends Pet Adoption Center and more ways you can get involved to help animals in need.