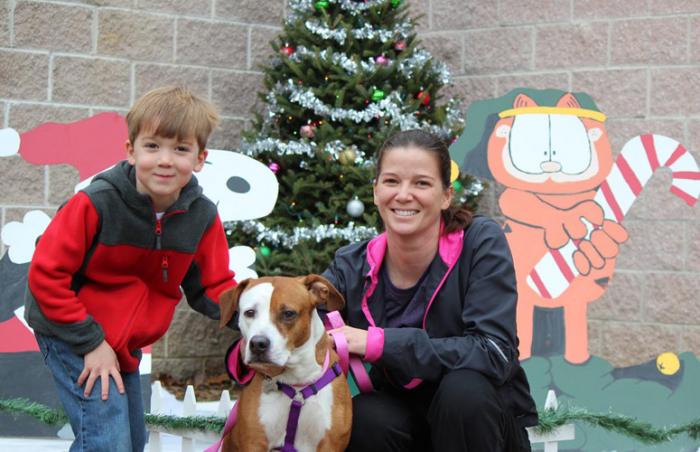 As Superstorm Sandy hit the East Coast, Best Friends Emergency Response team readied their vehicle to head out as soon as possible. They joined our New York programs staffers in the tri-state area to assess and provide assistance in the most impactful ways. Their support included assisting in the rescue of over 250 animals. The subsequent transports also enabled local shelters to move some of their most at-risk animals quickly to receiving groups in safer areas.

The work of the Best Friends Emergency Response team also included helping to distribute the supplies donated by caring individuals and major supporters: American Nutrition, Arm & Hammer, Blue Buffalo, Del Monte, Natural Balance and wag.com. Best Friends donation drop-off centers were provided by New York City volunteers. Local business Charlie Chews Dog Treats also provided a large commercial space to house donations and even facilitated a workspace where volunteers built community cat shelters to alleviate the loss of shelter that many cats faced after the superstorm. The donations from our supporters included over 3,500 pounds of pet food, cat litter, beds, blankets, sweaters, treats, dishes and other supplies that went straight to those who needed it most.

Rallying together to help animals affected by Superstorm Sandy 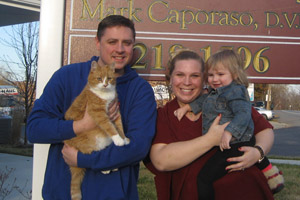 To help get the supplies to the hardest-hit areas, Best Friends joined Guardians of Rescue (GoR) on the ground. As the food and supplies were distributed directly to those most in need, it became apparent that the hardest hit were the community cat caregivers, many of whom now had more cats than ever in their charge, as people left their homes and, in some cases, their cats behind.

On Sunday, December 23, GoR launched the first annual National Cat Caretakers Day. In addition to being offered free food, cat litter, and community cat shelters, the caregivers also enjoyed a delicious luncheon. The event was hosted at Grady Animal Hospital in Sayville. The clinic had also opened up 2,000 square feet of storage space to house the hurricane relief donations and supplies.

"It was a wonderful event celebrating the hard work of the cat caretakers of the world," shares Dori Scofield, vice president of GoR. "Many feel alone in this effort. We want them to know they are not alone, and we are so grateful for their compassionate efforts." 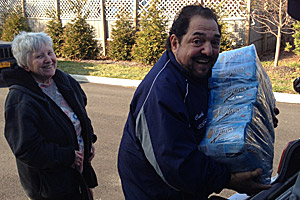 Over 50 caregivers dropped by to pick up what they needed (including cat shelters built by Best Friends volunteers), have a nosh, and network with their fellow animal advocates. Among the grateful recipients was Frances Arnetta of Compassionate Action Inc. in Selden, New York. Frances has been working on behalf of community cats for 20 years and sees the movement pulling together for the greater good. She was thrilled with the donations and the day: "We're in the middle of trapping 19 cats on a gentleman's property. He has a learning disability and didn't know to spay and neuter his cats. Today is such a blessing. We are picking up food and cat shelters. Working together is the only way to make a sustainable difference for free-roaming cats."

Robert Misseri, founder of GoR, was also grateful to be able to provide the support to the volunteers who work tirelessly for the animals: "So many tremendous organizations have made our donation distribution on this scale possible, from Best Friends, to Detroit Dog Rescue, to PetSmart Charities, to American Humane Association, to the Red Cross. We are also grateful to John Garcia and Ethan Gurney of Best Friends. They provided emergency logistic expertise when we needed it most. We are also grateful for the emergency medical micro-grant from Best Friends." GoR has helped some of the most devastated areas, most notably New Dorp and Midland Beach in Staten Island, Gerritsen Beach and Brighton Beach in Brooklyn, and the Far Rockaway in Queens.

"We are going to areas that are still 75 percent inhabitable," says Robert. "You have so many displaced pets, and community cats have their shelters and feeding stations destroyed. We are committed to providing them support." 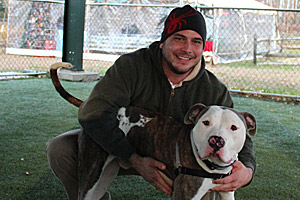 Best Friends also provided over $100,000 worth of emergency micro-grants to 25 No More Homeless Pets Network partners. These were the groups who either incurred costly damage or the groups that took animals transported out of the devastated areas.

Best Friends partnered with the Monmouth County SPCA in New Jersey to present their Home for the Holidays adoption event. The shelter was overflowing with animals after they opened their kennels to the displaced pets of Oceanside. Over 50 animals found loving homes thanks to the adoption event , including a special pit-bull-type dog now named Titan.

"We had a wonderful holiday with Titan, who was great with everyone, especially my four-year-old niece. He had a Christmas hat, which he ate. He was exactly what I was looking for in my next dog and I'm so grateful he's part of my family," shares Erik Vonhess, Titan's new, doting dad.

You can help make a difference in the lives of homeless pets. Click here for information on volunteering for Best Friends in your area.

Photos courtesy of Guardians of Rescue and Monmouth County SPCA