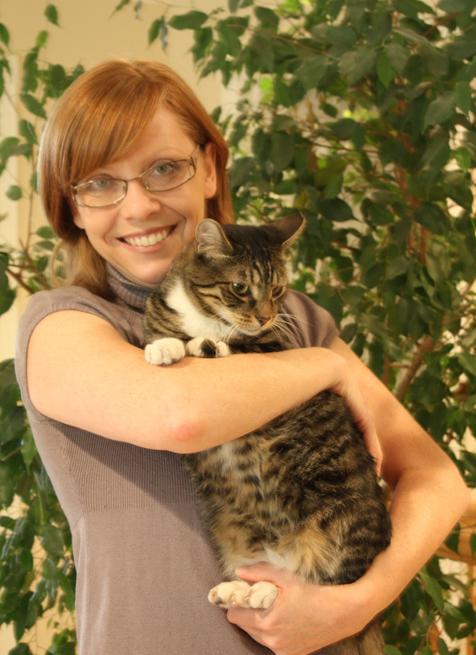 Holly Sizemore has been a force of nature in the No More Homeless Pets movement from the very beginning. Starting August 1, that force joins Best Friends, as Sizemore assumes a position as senior manager of Community Programs and Services, where she’ll play a pivotal role in supporting our four major campaigns, which include Pit Bulls: Saving America’s Dog; Focus on Felines; Puppies Aren’t Products and First Home, Forever Home.

It will be 10 years ago to the day on August 1 since Sizemore started working for No More Homeless Pets in Utah (NMHPU), an organization that Best Friends spearheaded among a coalition of animal welfare groups geared towards reducing the euthanasia rate and boosting adoptions throughout Utah. In 2007, Sizemore became the executive director of NMHPU. In the three years since, Sizemore has developed and implemented a feral cat trap-neuter-return (TNR) program responsible for fixing more than 50,000 feral cats throughout the state, a program she takes great pride in and considers one of her biggest achievements. "There was no program like it before in Utah," she says.

Sizemore’s initiation into animal welfare began, in fact, with feral and stray cats.

In 1991, while still in college, Sizemore discovered a colony feeding from a restaurant dumpster. Along with another concerned patron, she started doing what she would later learn is called TNR. And from that first engagement in TNR, the two banded together and started an adoption-focused non-profit called Community Animal Welfare Society (CAWS), providing TNR and low-income spay/neuters.

When she took the reins of NMHPU, a $10 million grant the group received in 2000 from Maddie’s Fund had dried up, and Sizemore had the unenviable task to keep NMHPU afloat without the money. Not only did she keep NMHPU solvent, she increased the group’s revenue by 35 percent while reducing fundraising and administration costs by 32 percent.

The achievement she’s proudest of, however, is having helped change how Utah communities treat their homeless animals.

"We’ve seen a major shift in how local governments are expected to shelter and handle animals in their communities," she says.

Sizemore is by no means a stranger to Best Friends. For several years she’s collaborated closely with several Best Friends' employees and volunteers on a number of projects, and has gained a stellar reputation in animal welfare circles nationwide. She has spoken at several conferences, including our own No More Homeless Pets Conference.

"Again and again Holly has proven her mettle as a leader in the No More Homeless Pets movement," says Gregory Castle, CEO and co-founder of Best Friends. "She’s going to be a tremendous asset to Best Friends and a boon to our campaigns. We couldn’t be more thrilled to have her on board."

Evident by the name of the organization she led for three years, Sizemore is committed to our mission of No More Homeless Pets. With five rescued cats of her own, her job is her passion, as evinced by the fact that she and her husband Jonathan tame feral kittens in their spare time.

"I’m excited to use the skills I’ve learned to help communities across the country," she says. "I’m ready to take whatever is thrown at me to make No More Homeless Pets happen."