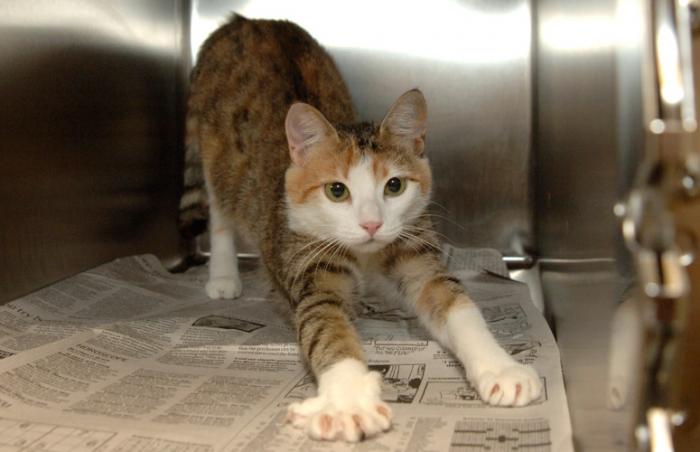 Cat spaying and neutering in Florida

Kittens having kittens happens more often than you would think. Well-meaning folks wait a little too long before getting them fixed, and oops, there's an accidental litter. That's what happened to Scarlett Madison's kittens and what First Coast No More Homeless Pets (FCNMHP) in Jacksonville, Florida, is working to prevent.

Scarlett rescued Charlie, Lola and Woodstock, but little did she know the two females would get pregnant so young. Two litters and one huge lesson later, she admits, "They were young, and I (thought) nothing would happen. It snuck up on me."

To prevent additional litters, Scarlett was first in line at 5 a.m. at FCNMHP's recent free cat clinic with six of her own cats and three for a friend. 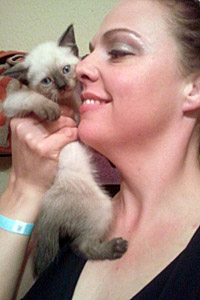 Thanks to a partnership with television station WJXT as part of their Positively Jacksonville campaign, FCNMHP pledged to fix 100 pet and community cats in one day. It was first come, first served, so Scarlett was concerned people would be upset she showed up with so many felines. Nothing could have been further from the truth. Not only were the nine cats she brought welcomed, nobody was turned away. All 146 cats brought in that day were spayed or neutered - for free.

This special event could not have come at a better time. Springtime means kitten season, the time of year when many cats give birth. So FCNMHP's development director Dianne Wiles is pleased to have been able to offer a day of free surgeries "to nip the kitty season in the bud a little bit."

While everyone was eligible for that promotion, regardless of income level, times are tough. According to Dianne, Jacksonville still has a high unemployment rate, and she says, "We saw a lot of people standing in line that said, 'Thank God you guys are doing this.' They were so appreciative and grateful because they would not have been able to do this if it was not free."

Low-cost spay and neuter options for everyone 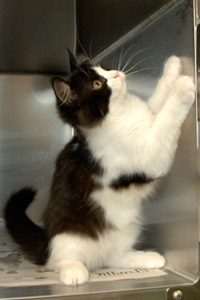 Dianne notes that a favorite saying of Rick DuCharme (one of FCNMHP's founders and executive director) is, "Every day is Spay Day at First Coast No More Homeless Pets." They make good on that quote, having facilitated over 130,000 pet sterilizations since being established in 2002.

FCNMHP offers low-cost spay/neuter surgeries to everyone. However, even low-cost is too much for some people. Luckily, FCNMHP receives funding from Jacksonville pet licensing fees, which enables them to administer the Spay Jax program. Qualified low-income Duval County residents can get up to six pet cats and dogs fixed a year at no charge. And FCNMHP just signed a contract with the city for $100,000 to fund Duval Cat Fix, a new program to spay or neuter pet and community cats for anyone in Duval County for free.

It's not just pets who benefit. FCNMHP, with Best Friends' support, initiated the Feral Freedom program, which fixes and returns free-roaming cats who end up at Jacksonville Animal Care and Protective Services. They've saved over 19,500 felines since 2008. Best Friends continues their backing, having recently presented grants totaling $550,000 to FCNMHP and the Jacksonville Humane Society to save thousands of animals' lives through adoption, trap/neuter/return, spay/neuter and a kitten nursery.

Thanks to FCNMHP and its innovative programs, Jacksonville's animals are safer than ever before, and residents like Scarlett, who notes the free day was a huge blessing, are able to fix their pets without having to worry about paying the rent.