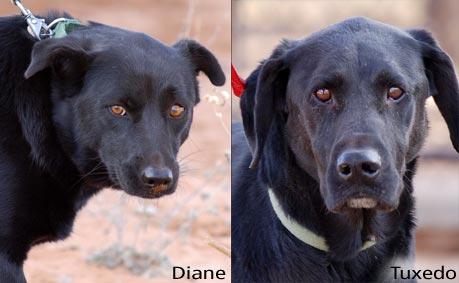 What do you do if you’re in college and you love animals, but you’re not sure what career you want to pursue? One thing you can do is apply for a Best Friends internship. That’s what Sonya Wilson did, and now she has completed six intensive weeks of learning about what it means to work in animal welfare.

Internship with animals at Best Friends

Sonya just finished her sophomore year at Dakota State University in Sioux Falls, South Dakota. She had the feeling she might like to work with animals when she graduates – perhaps as a vet? But she wasn’t quite sure. So, after reading about Best Friends internships on the website, she asked if she could get some course credits if she came to Best Friends for eight weeks as an intern. No one from the university had ever done that before, she said, but the staff liked the idea and said that would be fine!

So Sonya came to Best Friends, where the first thing she realized is that whatever she does with animals, "I want to be involved with no-kill." In looking at any job, she said that working for an organization that’s no-kill would "probably be my number one factor now."

She also realized that being a veterinarian isn’t really what she wants. Instead, she wants to work "with people to promote no-kill and low-cost spay/neutering." She also might like to be involved in animal care.

Find out more about animal internships at Best Friends

What did her internship entail?

During her eight weeks, Sonya worked all over the sanctuary. In the dog area, she helped two very shy dogs, Diane and Tuxedo, come out of their shells so they might appeal better to adopters. She brought them to the Best Friends Welcome Center so that they could meet visitors and get used to seeing new people.

At first, she had to circle around the building a couple of times, helping the dogs work up the courage to go inside! But, gradually, they were willing to step in and say "hi" to Best Friends’ guests. And now, Diane, who used to just huddle in the corner of her play area, will actually walk up to Sonya when she sees her. And Tuxedo, who used to duck his head whenever someone tried to pet him, is holding his nose up with more confidence.

Then, Sonya made a "family album" for the bird area. All the winged ones – parrots, songbirds, you name it – got their photos and a thoroughly researched explanation of their species placed in a binder so that visitors to Feathered Friends can "meet the family" even before meeting them in person!

Preparation for a career

Sonya said she had a wonderful experience, and she hopes that her work at the sanctuary will help her get her foot in the door when she’s job hunting at the end of college. One thing’s for sure; she’ll have Diane, Tuxedo and all the birds as a reference!