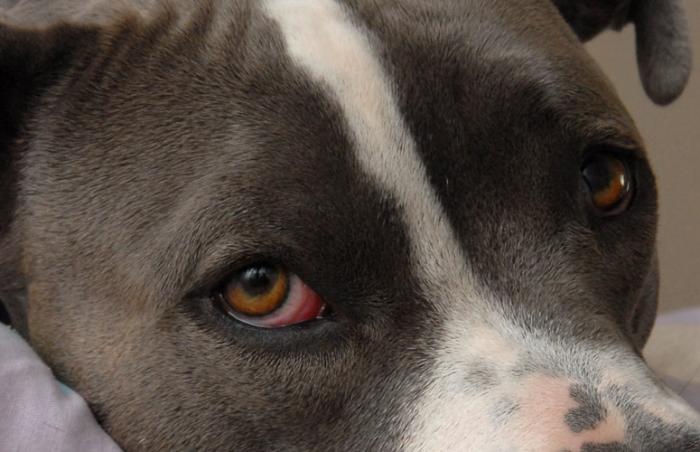 Lilac the dog, a sweet, all-around loveable companion animal, had been living with her forever family peaceably. Her American bulldog good looks were among her charming attributes. Lilac's caring way with her newborn human sibling was one reason to marvel at this wonderful dog. They should have been best friends for years to come.

However, this family unit was destroyed when Lilac's family had 72 hours to re-home her or face eviction. Lilac's family had to deal with this reality not because of anything Lilac had done, but because of a 2012 court ruling in Maryland (Tracey v. Solesky) that deemed pit bull terriers dangerous. The ruling also made the landlord liable in case of an attack. Maryland's House Bill 78 and Senate Bill 160 look to overturn this disastrous decision.

"Baltimore City is approximately 52 percent renters, and the court ruling against pit bull terriers has been devastating," says Lisa Moritoba, programs manager at Baltimore Animal Rescue and Care Shelter (BARCS). BARCS is the group who originally adopted out Lilac to her family. One of their rescue partners found her safe haven in the aftermath of the ruling. BARCS not only takes dogs in from Baltimore but also the five closest counties. Before the ruling, they were working hard to increase the save rate for terriers. After the ruling, their challenges have increased exponentially.

"Of the over 4,400 dogs we took in last year, 85 percent are pit bulls," says Lisa. "So we are looking at a lot more of the dogs coming in, while we are losing our adoption base. Many of our residents are renters, and they're the folks who are adopting from us. This ruling is a compounded tragedy against the dogs of our state. It also doesn't hold the irresponsible dog owners accountable for their actions."

On January 30, BARCS was part of a rally in front of the courthouse in conjunction with local and national rescues. BARCS will also be testifying at the House and Senate hearings.

Ledy VanKavage, senior legislative attorney for Best Friends, has been working to replace breed-discriminatory laws (BDL) with more effective legislation for over two decades. As leader of our pit bull terrier initiatives, she sees the ruling in Maryland as a real obstacle to creating a safer environment. "Our mission at Best Friends is No More Homeless Pets, and we believe in safe and humane communities for people and pets," shares Ledy. "This court ruling does nothing to enhance safety. We are supporting HB 78/SB 160, which would make guardians, not landlords, responsible for a dog's behavior. Landlords won't have to worry about whether they are renting to people with 'pit bulls,' and it would thwart the relinquishment of hundreds of dogs across Maryland who are being turned into shelters at an alarming rate. It would stop the senseless killing of beloved family members."

In addition to sending out action alerts to our 7,000 members in Maryland to instruct them on how to best support HB 78/SB 160, Best Friends also has a contract lobbyist in Maryland, Mike Gisriel, who has sent testimony to the Maryland House Judiciary Committee.

An eye-opening passage from the testimony reads: "Best Friends wants our communities to be protected against dangerous dogs - and we want abused dogs to be protected from reckless owners. Owners who permit their dogs to run loose or allow their dogs to injure people like in the Solesky case can be a problem in any community across the country and the dog owners should be held responsible for the damages."

By supporting HB 78 and SB 160, folks in Maryland would not just be saving countless dogs, they would also be making the whole state safer for all constituents. The passage of the bills would also prevent tragic scenarios like the one that happened to Lilac, where loving families are ripped apart, from being commonplace in our great nation, where family values and man's best friend are its cornerstone.

Get involved to help dogs

If you live in Maryland, send a message to your elected officials.

No matter where you live, you can keep abreast of ways you can help animals through legislation by signing up for the Best Friends Legislative Action Center.

For more information on how you can help pit-bull-type dogs, check out the pit bull terrier initiatives.