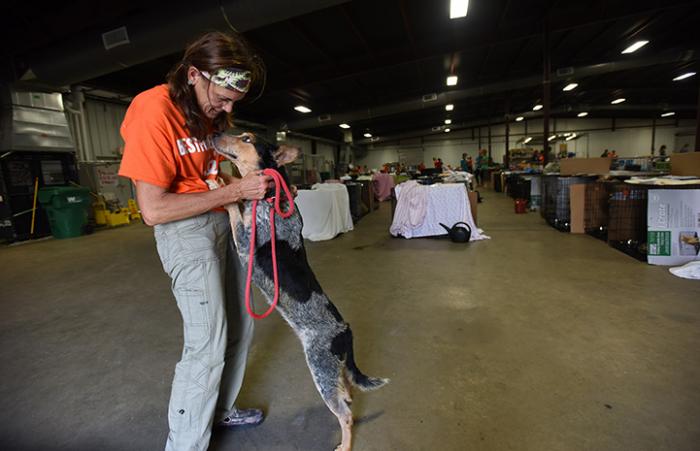 Dogs go from Hurricane Harvey to life on the beach

The dogs were welcomed by staff and volunteers who brought them into the center and got them settled, while their caregiver went back to bring in the rest of the dogs. Each would get a medical checkup by a volunteer veterinarian and join the 800-plus animals (arriving from flooded shelter and rescue group facilities or separated from their flood-displaced families) waiting at the center to be reunited with their families.

Because these dogs were homeless before the hurricane, they joined other pets at the center who could go to a qualified shelter or rescue group as soon as one stepped up to take them. In the meantime, they’d get excellent care and lots of attention from staff and volunteers at the center.

The dogs who arrived together that day are all medium to large, and seem to have similar dispositions. They’re all affable, laid-back and love people. Scooby, for example, loves belly rubs. Baby likes to jump on laps. And Ginger, who was wagging her tail as soon as she arrived at center, hasn’t stopped.

Angela Rovetto, the center’s kennel manager who was there when the dogs arrived, helped them transition from their temporary lodging. “We were so glad to be able to take over the care of these dogs,” says Angela. “We are here to support local shelters so we can save lives.” 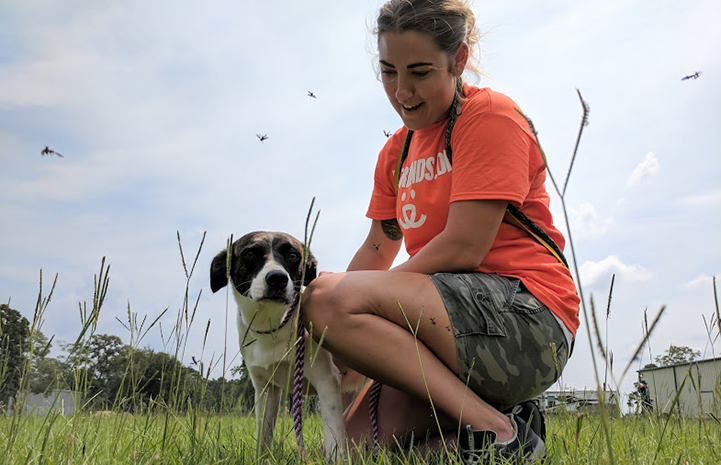 Help when it’s needed the most

Scooby, Baby, Ginger and their friends won’t have too long a wait. In fact, some of them are already safe and sound with a rescue group. That’s because representative from Big Dog Ranch Rescue, a Best Friends Network partner in West Palm Beach, Florida (1,000 miles from Texas), arrived at the center just as these particular dogs were unloaded off the van.

“We wanted to come down and help as soon as we heard how badly Harvey had affected Texas’s animals,” says Ashley Hensarling of Big Dog Ranch Rescue. “The work Best Friends is doing is amazing, and when we learned about the center, we knew it was where we wanted to go to lend a hand.”

As soon as Ashley saw the dogs’ overwhelmed caregiver (and the tears rolling down her cheeks) she went to comfort her. And when she heard about the devastation that Harvey brought to her dogs, she didn’t think twice. “We’ll take them,” she said.

With that, Scooby and company’s future came into focus. Ashley and her team have already made two trips from Conroe to West Palm Beach, and they even arranged to transport some of the dogs by private jet.

In the next few days, all the dogs from the flooded home will be on their way to the Florida coast — except for Ginger. She has been accepted into American Humane’s service dog program and will soon be headed to that organization’s training facility in Washington D.C. 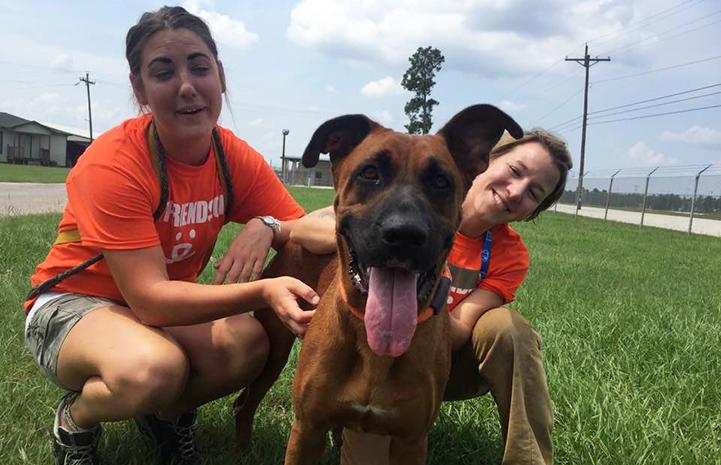 Each day at the rescue center, groups and individual volunteers are working with Best Friends to make sure the animals feel safe and happy again. They’ve been through a lot, and groups like Big Dog Ranch Rescue, as well as staff and volunteers, are making sure these animals can put the past behind them for good and have the future they deserve.

“It’s this spirit of collaboration that is going to save these animals,” says Judah Battista Best Friends co-founder and chief regional programs officer. “By everyone working together, we are making a difference and making it possible for each of these animals to go on and have the lives they deserve, whether they are reunited with their families or find new homes where they can be loved.” 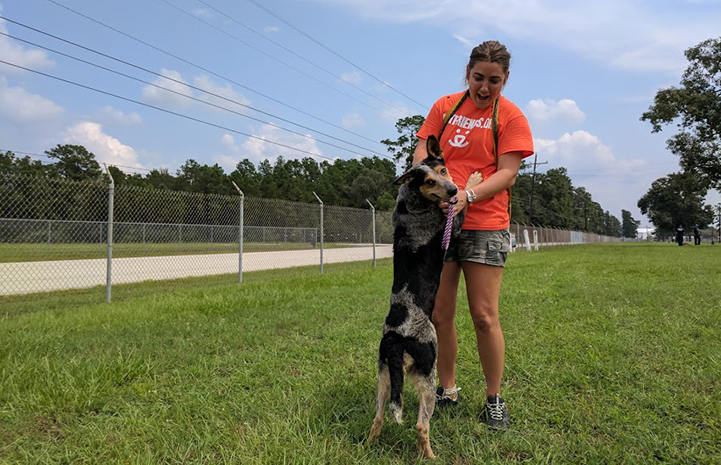