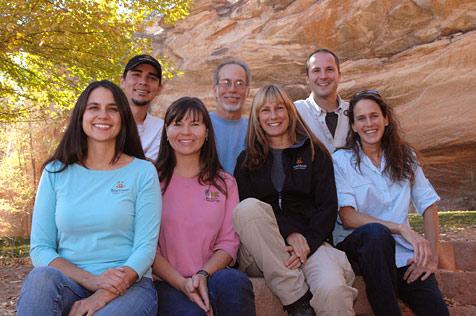 As the saying goes, all good things must come to an end. For Best Friends, the National Geographic Channel’s series "DogTown" was definitely one of those good things, introducing millions of television viewers to our Sanctuary and the life-saving work we do with dogs.

The fourth season, which completed airing on March 12, will be the series’ last.

Since National Geographic Channel started airing "DogTown" in 2007, Best Friends’ membership has increased dramatically, as has the number of visitors and volunteers at our Sanctuary. The show also helped secure forever homes for numerous dogs who were featured on the show and even for those who were not, ones who were adopted by people who came to the Sanctuary having seen "DogTown."

The plight of dogs in the United States

Perhaps most importantly, the series shined an educational light on many of the factors contributing to the plight of dogs in the U.S., factors such as the puppy mill trade, breed-specific legislation, home foreclosures and dogfighting. Indeed, one of the most memorable and inspiring episodes featured four of the 22 dogs rescued from Michael Vick’s dogfighting compound and brought to live at Best Friends. The two-hour special about Georgia, Cherry, Denzel and Meryl evoked the trauma dogs endure when subjected to this cruelest of "sports," but it also demonstrated the dogs’ resiliency and revealed their potential for rehabilitation and even eventual adoption.

One aspect of the show Besmehn says she’ll miss most is the people who worked on it. "There were a lot of great people who went above and beyond to make the animals feel comfortable," she says.

Elissa Jones, managing producer of video at Best Friends and a consulting producer to "DogTown," feels the same. No Best Friends staffer worked as closely and as many hours with the "DogTown" production crew than Jones did.

Garcia says he’s "a little sad" to see the show end. "But we had a good run," he adds. "The educational portion of the show helped save many lives."

One of the aspects he enjoyed most about the show was what it allowed him to do with the dogs.

"We did a lot of fun things with the dogs," he says. "We are able to travel a lot with them and see their true personalities come out in different situations away from the Sanctuary."

Though "DogTown" ends, Best Friends' partnership with the National Geographic Channel lives on. The channel will continue airing reruns of the series and continue selling DVDs of the four seasons. And next fall National Geographic will publish another "DogTown" book, this one co-written by Best Friends trainers and expounding our methods for how to choose a dog when adopting and how to train him or her.

If anything, "DogTown" gave Best Friends the platform to speak to millions of viewers and encourage them to get involved in the lives of homeless animals.

"’DogTown’ brought our sanctuary into living rooms around the world and gave viewers a good understanding of the work we’re doing — and the challenges we face — in bringing about a time of No More Homeless Pets," says Gregory Castle, CEO and co-founder of Best Friends. "The show made a significant contribution to our life-saving mission."

We encourage our members and supporters to send the National Geographic Channel a word of thanks for helping us spread our mission and bring our Sanctuary to millions of people worldwide.

Let’s hear from you

Read about the beginnings of the "DogTown" TV series.