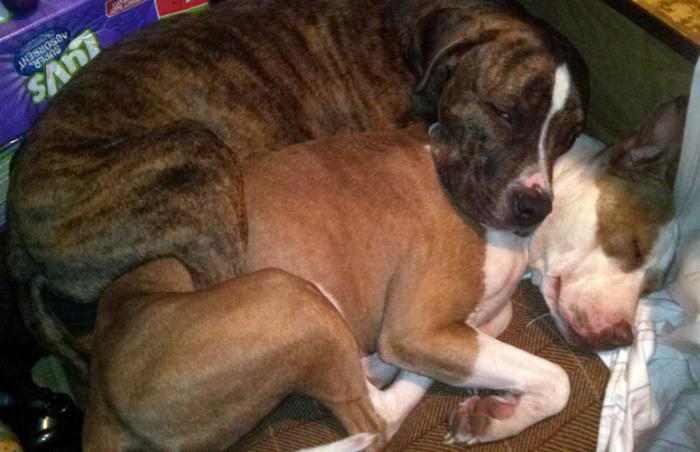 Aries and Cash the pit bull terrier dogs are snug in their beds. They have a roof over their heads, their bellies are full, and the scars from their recent spay and neuter surgeries are just about healed. What they don’t know is how close they came to becoming another casualty of the financial crisis.

Dolly’s Foundation, based in Sanford, Florida, not only spays and neuters as many dogs as possible; the group continually goes above and beyond to keep families together in underserved central Florida communities. Best Friends Animal Society gave the group two grants, one in 2013 and one in 2014, to help them extend their reach even further by spaying and neutering more pit bull terriers like Aries and Cash.

Dolly’s Foundation provides free services to folks who need it most. While they began with rescuing, rehabilitating and rehoming dogs, they saw they could impact the number of animals dying in shelters more by getting at the root cause: preventing unwanted litters. So they switched focus to providing free spay and neuter surgeries to people who couldn’t afford it.

Erica Daniel, founder of Dolly’s Foundation, says, “We modeled ourselves after First Coast No More Homeless Pets in Jacksonville. We saw how they target low-income areas for spay/neuter and how that makes such a difference to saving shelter animals’ lives.” Their work prevents more dogs from having unwanted litters, and in some cases, keeps dogs out of the shelter. 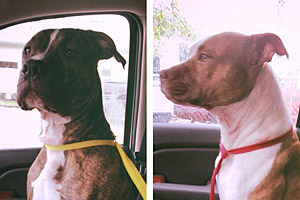 Cash and Aires’ person, Megan, says, “We have a three-month-old baby, and we just moved into the area after being scammed in a real estate deal. We had wanted to get the dogs fixed, but didn’t have the resources to do it.” Megan rescued pit bull terrier Aries, and when she couldn’t afford to get her spayed, Aries eventually got pregnant and had a litter of puppies, which included Cash. Megan searched for low-cost spay/neuter options in the area, and that’s how she found Dolly’s Foundation. When the group learned that Megan wanted to have both her dogs fixed to prevent more litters, and that they were temporarily living in a hotel that didn’t allow dogs, they saw she needed more than just spay/neuter help.

They found a place for Megan’s family to live and helped with the down payment on the lease. Megan says, “If it weren’t for Erica, we would have faced being homeless or giving up our dogs. They saved our dogs’ lives.”

Laura Handzel, Best Friends legislative lawyer and one of the driving forces behind the pit bull terrier initiatives, was thrilled to have facilitated the grant to Dolly’s Foundation. She sees the group as essential in helping to end the killing of healthy animals in Florida’s shelters. “Central Florida needs all the help they can get, and we’re proud to help fund their efforts,” says Laura. “They really make the most out of the grants.”

She adds, “If people don’t have money, it doesn’t mean they don’t love their animals. They just need some help, and that’s what we’re here to do, and with the help of Best Friends, we can do it even better.”

Photos by Megan Raley and courtesy of Dolly’s Foundation