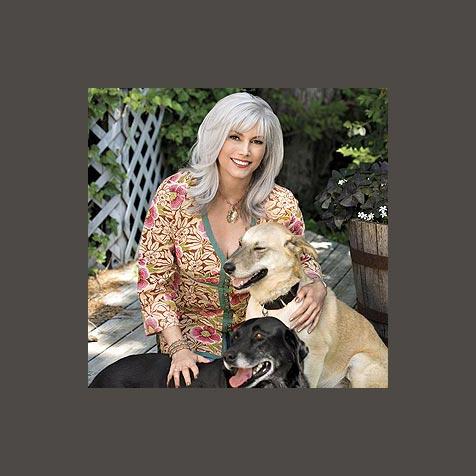 Emmylou Harris to perform on behalf on animals and Best Friends

Emmylou Harris has supported so many animal groups for so long she has a hard time remembering exactly when she first heard of Best Friends. But if her memory is a little fuzzy on when she became a supporter of the organization, the 12-time Grammy Award winner knows when she became a "big fan," and that was during Hurricane Katrina, when Best Friends conducted a massive animal-rescue operation in and around New Orleans.

That admiration for Best Friends only deepened when she started watching National Geographic Channel’s "DogTown," a documentary series about how we care for abused, neglected and homeless dogs. "Dear to my heart" and "inspiring" are how she describes the work Best Friends does.

Graciously agreeing to perform at this year’s Lint Roller Party, a fundraiser for Best Friends’ Los Angeles programs being held November 13 at the Hollywood Palladium, Harris has certainly emerged as one of Best Friends’ biggest, and most high-profile, supporters.

She says, "I love the fact that you take dogs that no one else will deal with, whether because of a medical or behavioral problem. I believe that every animal deserves a chance and a good quality of life."

Harris’ belief comes from a humane consciousness inherited, she says, from her parents. Her father was a student of veterinary medicine at the University of Virginia when World War II broke out. Though he dropped out of school to join the Marine Corps, he – and Harris’ mother – nonetheless maintained a fervent concern for animals.

"My parents instilled in me a sense of respect and compassion for animals," Harris says. "Anytime there was some example of cruelty in the neighborhood – and there was always some kid abusing a kitten or something like that – they were outraged. And that really affects a child – to see these people who are so important to you, and [animal cruelty] is just taboo with them."

But her service to animals has gone far beyond that of a benefactor and supporter of animal rescues. She’s become a rescuer herself, and created a sanctuary of her own in the backyard of her Nashville home. Called Bonaparte’s Retreat, the sanctuary accepts hard-to-place dogs from the city’s Metro Animal Control, dogs who more than likely would have been euthanized.

The name she chose for her backyard sanctuary was inspired by her late, beloved dog named Bonaparte, whom she adopted from a shelter. "He traveled with me everywhere," Harris recalls. "He went on the bus, went in the hotels, everywhere. He was my constant companion. After he died I didn’t think I could get that close to another animal." Instead of debilitating her, the memory of Bonaparte became her catalyst for helping other dogs.

Instead, Harris decided to install a number of dog runs. She modeled the design of the runs after the ones at Kinky Friedman’s Utopia Animal Rescue Ranch in Medina, Texas. Friedman – the colorful detective novelist, humorist, musician, and former Texas gubernatorial candidate – sent some of his staff from Utopia to help Harris get Bonaparte’s Retreat up and running.

The sanctuary has since rescued, cared for and adopted out numerous dogs who otherwise wouldn’t have had a second chance. As a testimony to all her work on behalf of animals, the Massachusetts SPCA recently bestowed Harris with its highest honor, the annual George T. Angell Humanitarian Award.

Harris remains humble, and sees more that she can do for the animals. "It’s very small, what we do," she says of Bonaparte’s Retreat, "but I’m hoping that we’ll eventually be able to create a shelter in Nashville on more property – kind of like a small Best Friends, where we can take all the dogs who are in danger of being euthanized, where they can be in areas where they can run free, like at Dogtown."

Harris is more than returning the favor to Best Friends by performing at this year’s Lint Roller Party, the proceeds of which go, as usual, to the work Best Friends does saving and improving the lives of animals in the greater Los Angeles area.

"To have an artist of Emmylou’s caliber to perform at the newly renovated Hollywood Palladium really raises the bar at this year’s Lint Roller Party," says Elizabeth Oreck, manager of Best Friends’ Los Angeles programs. "We are all looking forward to a fabulous event."

Harris says we can expect a solo performance. "I think I’ll do three or four songs," she says. "I don’t know which ones yet, but it’ll be anything I can do by myself on the guitar."

Certainly, we couldn’t ask for anything more.