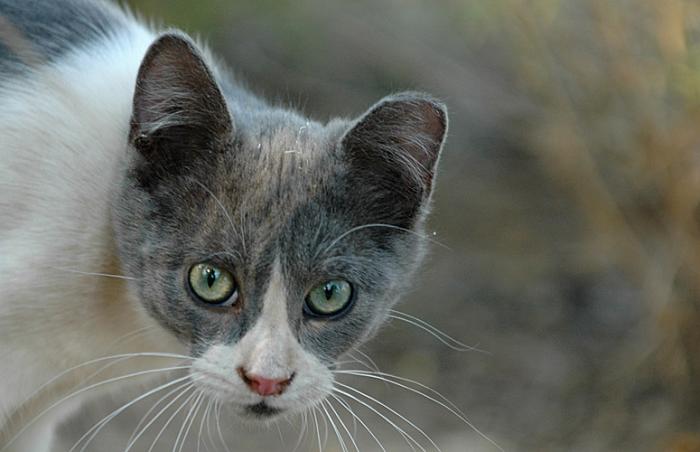 This year’s No More Homeless Pets Conference in Las Vegas shared the most cutting-edge information on how to start saving more pets’ lives to its largest audience yet. One of the most talked-about topics was the work being done on behalf of community cats and how those great strides fit into the bigger formula of realizing a no-kill community.

Speaker Lisa Tudor, founder of IndyFeral and director of development and outreach for FACE Low-Cost Spay/Neuter Clinic in Indianapolis, got an ordinance passed to allow trap/neuter/return (TNR) and launched a Feral Freedom program. Her efforts have resulted in a 47 percent drop in the killing of cats at the city shelter.

By all accounts, she is an experienced community cat expert, so who was Lisa excited to see at this year’s conference and why?

“Peter Wolf,” she exclaims. “I have followed his Vox Felina website since its inception. He fills such a huge void with his scientific research, writing and advocacy on behalf of feral cats. He explodes the lies and distortions heaped on these cats by the organizations who oppose TNR.” 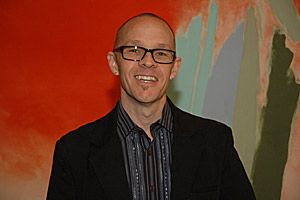 Peter’s presentation included some hard-hitting facts to dispel many of the myths anti-TNR factions like to bandy about concerning public health. Among the topics addressed in his illuminating talk was one that’s become a buzzword and gained some momentum in the media – toxoplasmosis. This disease, often pointed to by people who believe catch-and-kill is the best way to curtail the community cat program as justification, is hardly the bogeyman it’s made out to be. In fact, some of the scientists closest to the research have said as much.

Peter also puts to rest the hysteria surrounding rabies. This much-feared disease has been responsible for just two deaths in the United States related to cat bites since 1960, compared to an average 75 deaths – each year – caused by lightning. Weather could be a bigger argument against TNR than rabies. Just imagine the headline “Cat Colony Caregivers at Risk, Electrical Storm on Its Way.”

For more facts on why TNR is scientifically sound, subscribe to Peter Wolf’s blog Vox Felina.

Of all the presenters at the conference, Peter was thrilled to hear what Jon Cicirelli, director of Animal Care and Services in San Jose, California, who presented with Best Friends’ community cat program coordinator Desiree Triste-Aragon, had to share. Jon is responsible for initiating that city’s Feral Freedom program, and Peter was impressed with the data Jon had shared last year. Peter expected to “see evidence of additional progress this year, and was not disappointed.”

Jon’s work is another myth buster in the mysterious life of feral cats. Oft-cited anti-TNR rigmarole is that free-roaming cats live not only unhealthy but also short and brutal lives. Jon’s data confirmed that of the thousands of cats that had been sterilized and vaccinated as part of their Feral Freedom program, only a few dozen had to be euthanized at the time of surgery (due to failing health).

“As Jon pointed out, many people – himself included – were surprised just how healthy the vast majority of these cats are,” says Peter.

Speaker Laura Nirenberg, legislative attorney for Best Friends’ cat initiatives, also touted Jon’s Feral Freedom presentation as one of the best on why TNR is so important.

She was excited to hear about the government/animal control side of things. But she was blown away by some eye-opening facts. She says, “The cost saving to taxpayers extends even further than originally thought when one factors in the reduction of upper respiratory infections in shelter resident cats. Upper respiratory infections increase from stress attributed to housing unsocialized cats. Having someone represent the government, and ultimately taxpayers’ interests, shows us that embracing TNR is not only the humane thing to do, but also fiscally responsible.”

“I am most excited to see a paradigm shift in how governments relate to community cats. TNR is being widely accepted and the common-sense approach to cat overpopulation,” echoes Holly Sizemore, Best Friends director of national programs in the Community Programs and Services division. Holly joined No More Homeless Pets in Utah (now called Best Friends Animal Society–Utah) in 2000, and served as executive director from 2007 to 2010. During her time as executive director, the state saw a nearly 40 percent per capita decrease in shelter deaths. She has been a staunch and effective TNR proponent since the beginning.

She is looking toward to the future at no-kill and sees TNR firmly as its cornerstone. She’s had two people reach out to her post-conference, one a shelter director, the other an attendee, who both went back home and immediately began to advocate for a public/private TNR partnership in their communities. She marveled at the ripple effect: “I can only imagine how many people are reaching out to those amazing (TNR) speakers and making it happen in their towns.”

Whether you’ve attended this year’s conference or not, there are plenty of resources and information available to start making a difference in the lives of community cats in your area. Get involved.