Fostering a pet after Hurricane Harvey

Lindmuth and Gar Fuller are the kind of foster family we wish every homeless pet could have. When the couple heard that pets rescued after Hurricane Harvey needed foster homes, they headed to NRG Arena (where Best Friends has been caring for hundreds of pets) to ask which cat needed a foster home the most. The answer was: Monty.

He was the most senior cat there, so it’s only fair that he’d be the lucky one to go into the first available foster home. But many others soon followed in his paw prints, as dozens of people have answered the call to foster a dog or cat from Houston. It’s one more way that people are stepping up to help pets displaced by Hurricane Harvey. And the happy dog and cat faces, as they head out with their temporary families and settle into comfortable homes, are making everyone else smile, too. 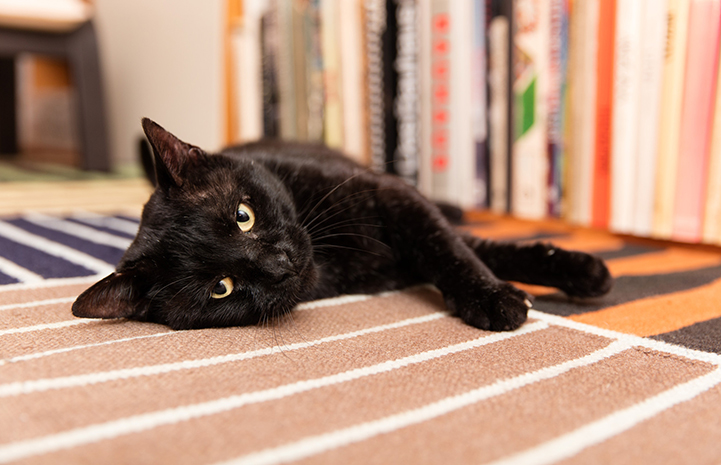 How Best Friends is saving lives after Hurricane Harvey

When Best Friends first brought displaced dogs and cats to NRG Arena, reunions were an almost daily occurrence. But from the beginning, we knew that many of the pets in our care would need new homes after Hurricane Harvey — if they had homes at all.

The reality is that Houston already had a large population of homeless pets (more than 27,000 animals enter the city shelter system each year), and it’s likely that many of these dogs and cats didn’t have homes before the storm.

“It’s important to us to reunite as many displaced pets as possible with their families,” says Judah Battista, Best Friends chief regional programs officer. “But we recognize that a lot of these animals will need new homes because they might have lost their homes due to the storm, or their families can no longer care for a pet.”

Pets have been in temporary housing for a month and a half after Hurricane Harvey, and while it serves an important purpose after a disaster, it’s far from a home. Temporary shelter is just that — temporary. And transitioning into a home for the first time in weeks is a happy day for dogs and cats when a foster family steps up to bring them home.

Monty settled right into his foster home with Lindmuth and Gar, who plan to adopt him if his family isn’t found. Today, Monty’s favorite thing to do is curl up on a chair or in a sunbeam. 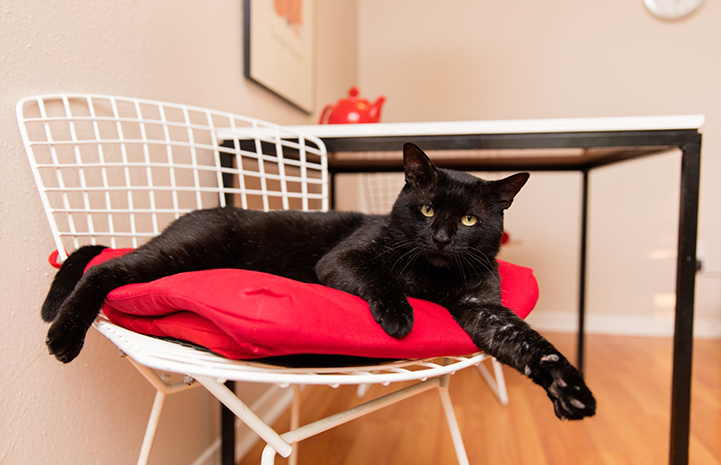 Foster a dog in Houston

There are more dogs at the temporary shelter than cats, and so the need for dog foster homes is greater. But people in Houston have been eager to help, and the location of Best Friends’ base of operations at NRG Arena has come with an entire crowd of potential helpers. The Houston Texans play at NRG Arena, and when football fan Dakota Jones was there for a game one Sunday and saw volunteers walking dogs, he came over to ask questions.

He learned that he could foster a dog, but he didn’t take that decision lightly. He went home to think about it, and he looked through hundreds of photos of the pets Best Friends is caring for at NRG Arena. He was soon on his way back there to bring home just about the cutest black and white dog with a huge smile. 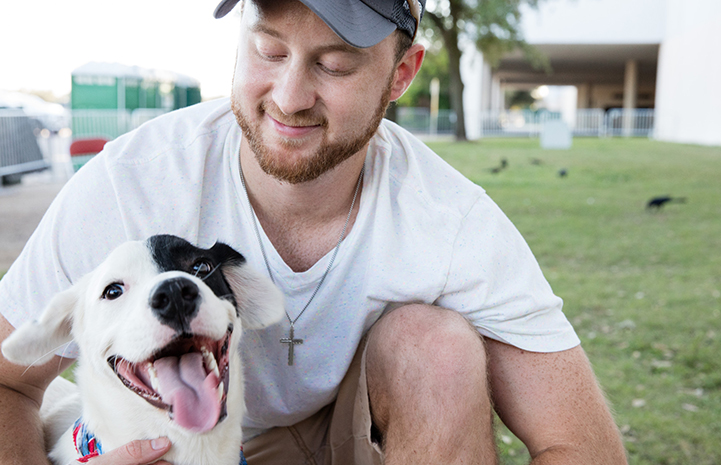 Every pet Best Friends rescues after Hurricane Harvey will have a home. You can help.