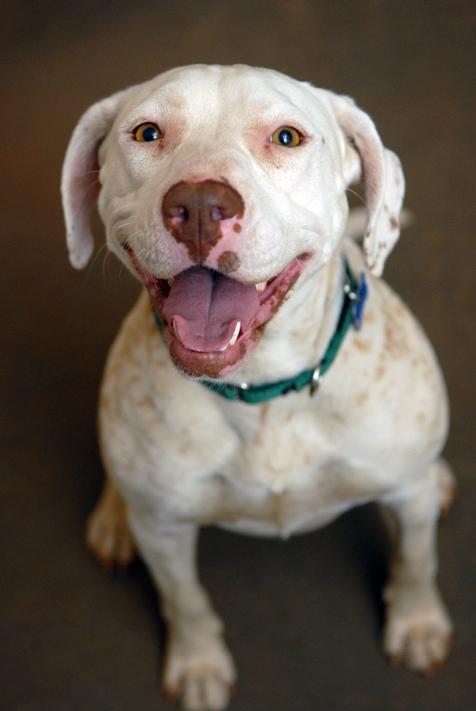 When RebeccaJo Scoonover-Nelson of Minnesota started thinking about what she wanted for her ninth birthday, she had only one present in mind: a trip to Best Friends. She could never have guessed, however, that this trip would change her life forever.

RebbecaJo was diagnosed with severe dog allergies when she was younger. The allergies were so bad that doctors told her in no uncertain terms she would never be able to have dogs in her home. Of course, that didn’t stop her from loving them! RebeccaJo’s mom, Belle, says that whenever they encountered dogs in public, Belle would ask the person if RebeccaJo could pet their dog. Afterward, they’d hurry inside and scrub hands with soap and water. That was her whole involvement with dogs.

Visiting the Sanctuary and the dogs

Well, for the big birthday trip to the Sanctuary, the Scoonover-Nelson family figured they were going to have to deal with some dog allergy problems one way or another. Marque and Belle, the parents, and MaryElizabeth and RebeccaJo (the two daughters) didn’t feel they could spend eight days at Best Friends without taking some dogs on a sleepover, for one thing! They figured this was RebeccaJo’s one shot to have a dog in the family, if only for a little while.

Of course they brought Benadryl and all the other tricks. For her part, RebeccaJo was thrilled. She’d never had a dog in her home before and was more than willing to put up with some itchy skin if it meant she could have a dog spend a whole night.

When they went out looking for a sleepover candidate, many of the dogs were not available. As it turns out, some of the standard sleepover pros had just taken ill. One dog reporting for duty, however, was Lexi the pit bull terrier. She had a reputation for being extremely friendly with everyone and had gone on numerous sleepovers. That sounded like a no-brainer to them. They snatched her right up.

Here was truly another hard-and-fast case of love at first sight. How can you blame them? Lexi is the nicest, smiley-est girl you could hope to meet. She makes instant friends with everybody. Combine that with a of couple kids who’ve been pining to have a dog in the home for years, and the Scoonover-Nelson family didn’t stand a chance. They were smitten instantly.

But here’s where things got interesting. RebeccaJo never had an allergic reaction, not even a mild one. All that Benadryl and the rest of the allergy ammunition stayed in the medicine bag. She never developed so much as a single rash. Not wanting to mess with a good thing, they kept Lexi night after night for the sleepovers. Was Lexi some sort of miracle dog? Was there something in the air? Who knew, but they were going to enjoy it while it lasted.

Saying goodbye at the end of the week was a tearful event for the whole family. The fact that RebeccaJo didn’t react to Lexi was intriguing, but they needed to visit a doctor before allowing themselves to hope.

When they saw the doctor, RebeccaJo was willing to endure as many shots up and down the arm as it would take to get concrete answers. If there was a chance she could be around dogs after all, no amount of pinpricks was too steep a price to pay to find out. The results came back. (Drumroll please …) She’s no longer allergic! A medical mystery, perhaps, but RebeccaJo is now in the clear. Which meant one thing right off the bat: they were going to adopt Lexi.

They took another vacation — one that Lexi could come on, naturally — and Belle says they ended up with more pictures of Lexi than the rest of the family put together. RebeccaJo, meanwhile, couldn’t be happier. She’s taking Lexi to obedience school and her older sister, MaryElizabeth, says she now wants another dog she can take as well.

Just goes to show that when you visit Best Friends, you never know what’s going to happen next!