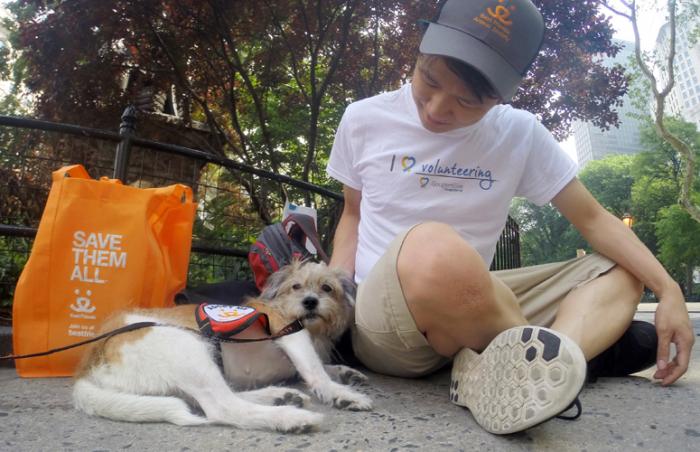 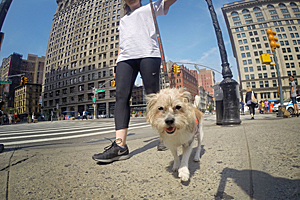 On an overcast and muggy June morning at Google’s New York office in the West Side neighborhood of Chelsea, all you could see were beaming faces. More than 85 employees gathering for a GoogleServe project were ready to hit the streets to help four-legged New Yorkers. Their palpable excitement seemed to break through the cloud barrier. They had been waiting for weeks for this day to come.

Through the GoogleServe program, Google employees are encouraged to propose volunteer projects that their co-workers can sign up for, such as painting schools, cleaning parks and teaching seniors about computer science. The company has plenty of people who love animals, too, so Karin Magnuson, director of people operations at Google, proposed the project with Best Friends.

It’s not the first time that Karin helped support animals in need. When Google ran its annual matching funds campaign, she donated funds and encouraged fellow employees (referred to as Googlers) to do so as well. At the end of the campaign, Google and its employees had donated $22,000 to Best Friends. Karin says, “I was so overwhelmed that people really responded to helping Best Friends and homeless animals. We even had a waiting list.”

Google’s pet-loving employees signed up in droves to hit the streets and talk to people about meeting a pressing need — fostering dogs and cats for Best Friends–New York. They could even sign up people on the spot. Every time a pet goes from Animal Care & Control of New York City into a Best Friends foster home, a space opens up at the shelter for another homeless pet. And foster homes are critical as Best Friends works to help make New York a no-kill city. Best of all, during the weeks preceding the big day, some Googlers went beyond recruiting others to foster. They signed up to do it themselves. 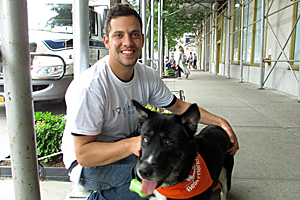 On the day everyone gathered to canvass the area, Google employee Jeremy Machi was joined by Elvis, his Best Friends–New York foster dog, who has fantastic eyes (one blue and one brown). He could speak firsthand to New Yorkers about fostering. “Caring for an active pet such as Elvis requires a good amount of time and attention,” says Jeremy. “However, the affection that you receive in return is well worth the trade.”

Whether it was Elvis’ eyes or the genuine care Jeremy showed, their team was able to sign up a handful of new foster homes to help other Elvises out there.

At the end of a long day of talking to New Yorkers, the Googlers had recruited 94 new foster homes for Best Friends pets, and Google will donate $3,500 via the company’s "donations for doers" program. However, that’s not the end of it. “Over 85 Google employees are now trained in foster advocacy thanks to Best Friends,” says Karin. “Beyond today’s project, hopefully, they’ll talk to their friends and family and continue to help spread the word on ways people can help Save Them All.”

“The GoogleServe project was fantastic,” says Kim Pucci, Best Friends director of strategic partnerships. “We had an incredible day with strong results.” But the best part for Best Friends is, as Kim says, “the gift of more than 85 Google employees who now care passionately about homeless pets and are committed to Save Them All.”

Does your company want to volunteer with Best Friends? Email workplacegiving@bestfriends.org.

Check out pets available for adoption from Best Friends–New York.