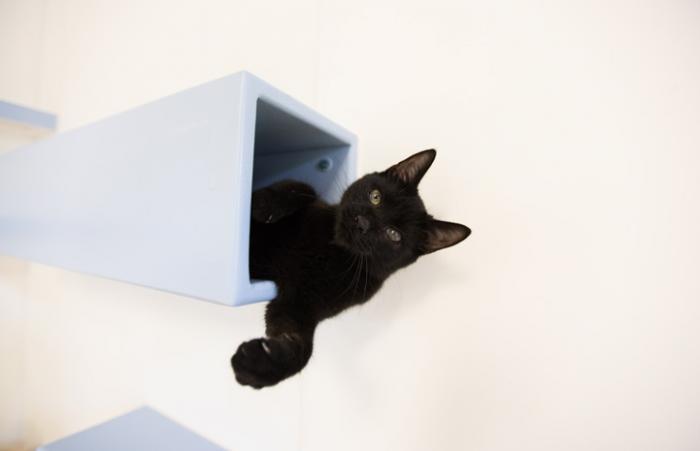 A happy life for a cat with feline viral rhinotracheitis (FVR) 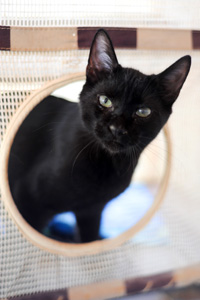 At six months old, Ozzy is a normal, happy kitten. He has tons of energy, and he gets really rambunctious when he’s racing around his room chasing toy mice and balls, or pulling his roommates into playful wrestling matches. Ozzy’s so sweet and social that the older cats don’t mind his kitten antics much, and most of them are happy to join in his games. But before he came to Best Friends, the spirited little cat was having trouble finding a home at the rescue organization that had taken him in.

That’s because Ozzy has a condition that sounds scary: feline viral rhinotracheitis (FVR). Commonly known as the feline herpes virus or cat herpes, FVR is a chronic condition, which means that Ozzy will always carry the virus in his bloodstream. The virus can flare up whenever his immune system becomes a little weak (for example, when he gets stressed).

During flare-ups, Ozzy has common cold symptoms: a runny nose, sneezing and watery eyes. Besides that, the condition also causes blurry vision and makes his eyes look a little cloudy to everyone else. That’s the bad news, which really isn’t all that bad. In fact, there’s lots of good news for Ozzy, too.

The good news is that FVR isn’t life-threatening. Cat World caregiver Joni Miller has a 20-year-old cat with the condition, and if Ozzy is anything like her kitty, he probably has a long, happy life ahead of him. All he needs is for someone to monitor his health by keeping a close eye on him, and to give him a little extra care when he needs it.

At the Sanctuary, Ozzy gets daily supplements to keep his immune system strong. And when he does have a flare-up, Cat World caregivers give him nebulizer treatments and eyedrops to soothe his symptoms. He is examined by a vet to make sure he doesn’t get any secondary infections that could make him really sick. As long as he keeps getting regular, supportive care, Ozzy’s condition shouldn’t slow him down at all. 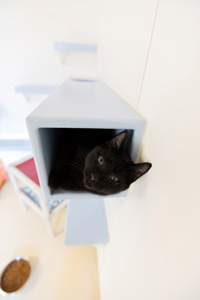 Cat with FVR has a strong spirit

Best of all, Ozzy doesn’t have to be isolated from other cats. He can live and play with them without putting them at risk — as long as they have been properly vaccinated. Since all Sanctuary cats receive the feline combo vaccine (which includes protection from FVR, calicivirus and distemper), Ozzy can play with them to his heart’s content.

That’s great news for the handsome young cat who caregivers call “a whirlwind of playfulness.” He never fails to stay busy or make people laugh. Sometimes he doesn't know what to do with all his energy, so he’ll chase his roommates or a string toy until he’s exhausted and has to take a nap. “He has a strong spirit,” Joni says. “Nothing gets him down.”