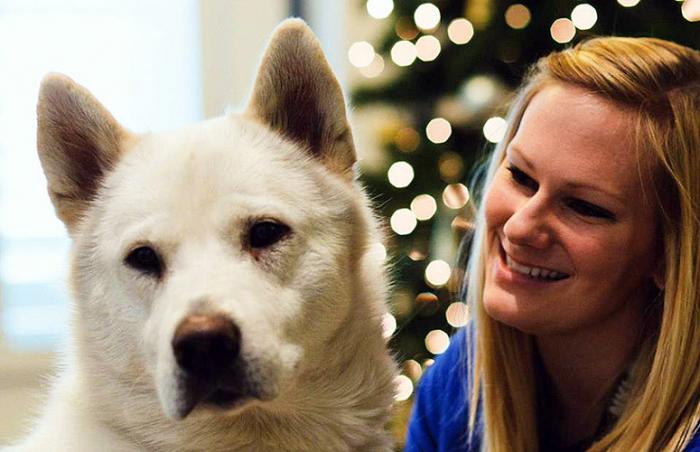 On December 29, staff at one Los Angeles Animal Services (LAAS) shelter arrived to quite a sight on the sidewalk. A line. Dozens of people waited for doors to open so they could find a pet to adopt. It was just one day at one shelter, but the enthusiasm had been going strong all month, because Best Friends geared up to make adopting a pet the very best gift (even a self-given gift) of the season. It was all in hopes of reducing the number of pets killed in the shelter by finding them homes.

Starting Black Friday and continuing every weekend through December, Best Friends covered a portion of all adoption fees at LAAS shelters, lowering them to just $25. The promotion extended to the Best Friends Pet Adoption and Spay/Neuter Center in Mission Hills to save more pets than ever. The plan worked. 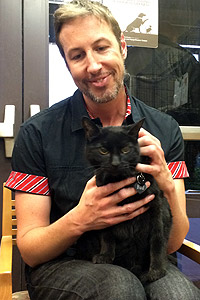 Mike Harmon, adoption center manager, says, “Dogs and cats were getting adopted almost as quickly as we could get them here.” Pets at the center come exclusively from LAAS shelters, making the promotion pack an even bigger punch where it was needed most.

With people coming in droves to adopt, even pets who had been waiting a while went home in December. Bud is a 13-year-old black cat who ended up at an LAAS shelter back in April, was transferred to Best Friends’ Mission Hills center in May, and had been waiting for a home. There is nothing wrong with Bud; he is affectionate and sweet and loves to be petted and brushed, but he just doesn’t seem to stand out to potential adopters.

On Christmas Day, Steven Moffat arrived looking for a cat. He had recently lost his cat who was, to put it mildly, the opposite of Bud. In fact, Steven’s friends were afraid of his kitty, who was rather feisty. But Bud’s mild personality was a perfect match.

A happy month for NKLA 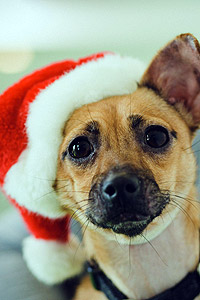 Meanwhile, pets at the Best Friends–run NKLA Pet Adoption Center, where NKLA Coalition rescue groups showcase their pets for adoption, got help in the way of special promotions too. RYOT, an online news source, offered gift certificates to cover up to 20 pets’ adoption fees on December 14. By the time the doors closed that night, more pets had gone home than on any single day since the center opened in August.

To help promote a few pets who’d been waiting longer for homes, LivnGiv picked out three NKLA Coalition member pets at the center to sponsor in hopes that they’d find homes. The organization covered 100 percent of the adoption fees for Willa, a Chihuahua; Teddy, a big white malamute; and Abigail, a pretty longhaired cat. All three pets found homes.

Everyone ends the year with a bang

The many December promotions and efforts went a long way toward Best Friends’ goal of getting Los Angeles to no-kill by 2017. LAAS reported that on the weekends of the promotion, adoptions went up 22 percent from the previous year. The adoption center in Mission Hills found homes for over 150 more pets than the same month last year, and the NKLA Pet Adoption Center had their best month of adoptions yet. Overall, it means that thousands more pets are kicking off the new year where they belong: in happy new homes.

Find your next pet at bestfriends.org/la.