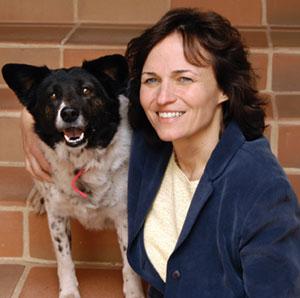 Helping people in crisis and their pets

Linda Harper tapped into a huge need when she formed Blessed Bonds, a nonprofit organization that helps find foster homes for people’s pets in cases of medical or personal crisis.

"I thought I was going to take it slow," said Linda. "I’m based in Palos Park, Illinois, and I thought I would be helping people in the Chicago area. But I’m getting calls from all over the Midwest."

Linda is a clinical psychologist and author, but she also is very active in animal welfare issues.

Assistance for pets of people in crisis

Blessed Bonds has been in existence for about a year now. Linda said research has shown that many people give up their pets to animal shelters when they are faced with a crisis. She wants to prevent that from happening.

One success story came after Linda received a call from the office manager of a senior low-income apartment building. An elderly lady, Eleanor, who lived there had fallen and broken her hip. She had a poodle named Buttons whom she was not going to be able to take care of while she healed from her injury.

Linda said, "The office manager started calling everywhere, looking for help. She called me and I was able to find a foster home.

"The night after I rescued Buttons, I couldn’t sleep. I kept thinking about how many other Buttons are sitting in apartments when their elderly person is rushed to the hospital. I thought, why not get something set up where the people living in this type of situation take care of each other’s pets?"

Guardian angels for dogs and cats

Linda talked to the office manager, who was very receptive to the idea. They set up a session called "Becoming a Pet Guardian Angel" for the senior citizens living in the apartments. They had snacks and little angel pins for the people who agreed to become guardians.

"They loved it. We had 16 people and everyone who came agreed to be a guardian for someone else’s pet. We have 12 cats and dogs who now have guardian angels. They are a community helping each other."

And Eleanor and Buttons, who gave Linda the great idea to start the Pet Guardian Angel program, are reunited now. "Buttons is my whole life," Eleanor told Linda.

Linda would be happy to talk with people who would like to start programs similar to Blessed Bonds and/or Pet Guardian Angel in their community. She can be reached at LHarper6@aol.com.

If you are considering adding a pet to your family, please adopt.