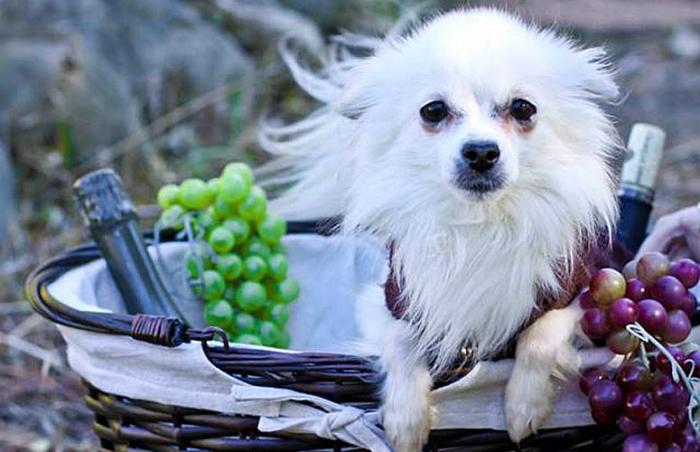 With a major focus on rescuing dogs from Chicago’s open-admissions shelters, One Tail at a Time (OTAT) has a direct impact on the number of animals leaving the shelter system to find their forever homes. But their rescue work isn’t just in Illinois; they also save the most at-risk dogs from surrounding states. Rescuing senior dogs and dogs with medical issues, the organization is the last chance for many of their charges. Recently, the group got help from Best Friends to boost the number of dogs they could save. 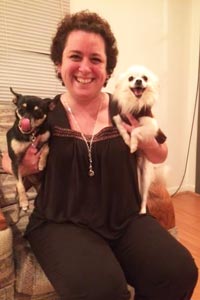 As a Best Friends No More Homeless Pets Network partner, OTAT was eligible for and received a Lifesaving Grant of $2,500 in partnership with PetSmart Charities®. The funding allows the group to offer dogs at a lowered adoption fee. The group also devised some ingenious way to promote and find homes for some very special dogs.

Whitey Ford, with his ermine coat and coal black eyes, looks like a miniature American Eskimo dog. He has the air of a dog who has been a pampered pet for all his life. But this little scamp was rescued from an abandoned building, where he and two other senior Chihuahuas were fending for themselves. They were transferred to OTAT from a shelter in the area. Anna Friedman, director of OTAT, personally fostered the dogs, dubbed the “Three Amigos.” Because the dogs found such comfort in one another, she wanted to make sure the right fit came along for each, including a family with other canine companions.

Thanks to the adoption grant, Whitey was the pick of the litter during the Vintage Dogs campaign. This campaign was for dogs seven years old and over, and all of the Three Amigos found amazing homes during the promotion. Anna explains how they’re using the grant to help specific dogs: “The ‘target’ can be anything from dogs under or over a certain weight to dogs under or over a certain age. We also mix it up, like having a Valentine’s Day ‘singles ad’ promotion that helped dogs we thought could use a little extra push. Having the grant has enabled us to discount our fees from about a half to a third of the usual amount.”

Pet adoptions on the rise 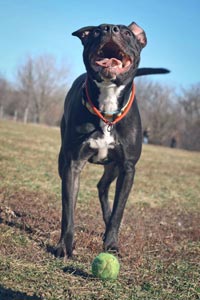 No More Homeless Pets Network specialist Diane Young facilitated the grant and is thrilled with the results. “They had a detailed plan for success and a past history of doing just what they say they will do,” says Diane. “As an organization based completely on foster homes, they are committed to each animal and have wonderful supporters and volunteers. Of course we want to help them in any way we can.”

Both Diane and Anna find that financial support in the form of an adoption fee subsidy allows more animals to be pulled from shelters. “Also, the publicity surrounding adoption events and fundraising promotions helps everyone in the community become more aware of the plight of animals in their neighborhood shelters,” says Diane.

In addition to seeing Whitey go home, OTAT’s 40 for $40 promotion (in which dogs 40 pounds and under could be adopted for $40) helped Leo, a terrier mix, find his way into a new, loving family. Whitey and Leo are just two of many more dogs the group has been able to save. “Prior to receiving the grant in 2012, we did around 170 adoptions,” says Anna. “After the first grant we received in 2013, we did 211 adoptions, and in 2014 we are on track to do well over 250 adoptions. This grant is helping us do more and more lifesaving.”

Photos courtesy of One Tail at a Time