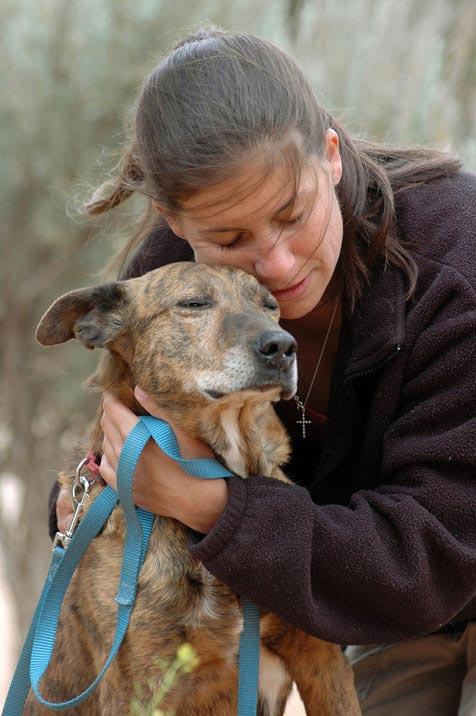 Buddy the chow and shepherd mix is the proud recipient of the Best Friends Purple Heart of Doggie Bravery. (He doesn’t wear the badge because he doesn’t like to show off.)

He received this honor before he came to Best Friends eight years ago. He was walking along the road in Ohio, minding his own business, when he came upon a well. Buddy looked down and found a woman looking up at him. That was it … Geronimo!

Buddy joined the woman down in the well, keeping her warm and comforting her. He knew they’d be rescued and did his best to let the woman know not to worry. Every time he heard people coming, he’d yelp for help. And of course, finally they were pulled from the well.

Did Buddy receive a hero’s welcome? No. Were there people lined up waiting to take him home? No. (He did get a lot of pats on the head and a few extra treats that day.)

Dog ends up in shelter

But when the excitement died down, Buddy was taken to a local shelter. What a way to thank a guy, right? It’s not like Buddy expected a bone to the city or a doggie parade, but moving into a nice home instead of a not-so-nice smelly building would have sufficed.

Best Friends thought so, too. When we learned of Buddy’s life-saving feat, we decided to welcome him here at Best Friends with open arms and open runs. He’s always been a hero to us.

A happy life for a dog

Now he spends his days playing with other dogs and chasing balls. He loves going on walks -- well, more like spirited sprints with volunteers and staff. And if anyone or anything needs rescuing, he’s the dog!

Buddy is still up for adoption, too.