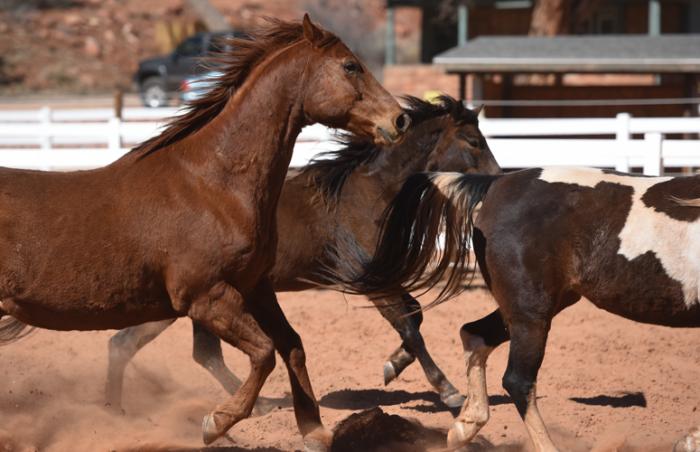 Horse with hoof problems gets relief 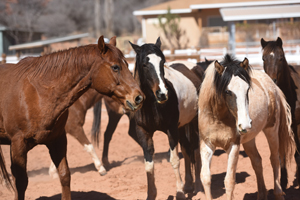 Rocky the horse really had the odds stacked against him before he came to the Sanctuary. Bad genetics, improper care, and two conditions (navicular disease and ringbone) had left his feet in such bad shape that he was in excruciating pain. He limped and moaned with every step he took. Unable to afford his treatment for his many hoof problems, which would be extensive, his people were considering euthanasia to end his pain.

However, there was hope for Rocky, who was only 10 years old at the time. While his conditions aren’t curable, they are treatable. So he came to Best Friends, where he’d get some help from Horse Haven manager Jen Reid, who is a professional farrier and cares for the feet of horses at the Sanctuary — many of whom come in with damaged or overgrown hooves.

Rocky immediately began to receive the critical hoof care he needed, but it was to be a long road for him. The problems in his feet had developed over many years and were quite progressed. His conditions also called for conflicting treatments. What was good for the navicular disease could aggravate or even worsen the ringbone, or vice versa.

The first step toward Rocky’s recovery was making sure that his feet were trimmed properly. Next, Jen fitted him with some orthopedic shoes that gave his sore and overworked feet some much-needed relief. But that was just the beginning. There would be many adjustments and many pairs of shoes for Rocky. “It was a matter of finding the sweet spot in his shoes, or finding just the right modification,” Jen says.

That’s where Rocky got to participate in his own health care. How much he moved and the way that he moved told Jen how his feet felt every time she made an adjustment. “Diagnostic tools (such as X-rays) are excellent,” Jen says, “but what's really important is to ask the horse and gauge what we are doing by how he feels and responds to each change we offer him.”

Eventually, Rocky helped Jen fine-tune his shoes until they were perfect for him. Now, after years of proper hoof treatment, combined with the laser treatments he gets from the Best Friends vets, Rocky can enjoy life. On some days he feels good enough to frolic and play with other horses. And he’s become “Uncle Rocky,” a gentle leader and a role model to a group of younger horses.

Although he keeps the younger horses in line, Rocky has a silly side, too. Local volunteer Dan Lichtenstein calls him a character with “a tremendous personality,” and all sorts of tricks to surprise and amuse anyone who drops by his pasture. 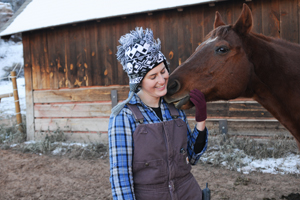 When Dan drives up in the ATV to clean Rocky’s pasture, Rocky comes over to rummage through the vehicle’s storage compartment. Then he’ll pick up things like brushes or hose nozzles to check them out. “He has to know everything and check everything out,” Dan says. He’s also a bit of a pickpocket. He likes treats and will sniff people’s pockets to see if they have any.

The better Rocky feels, the more he shows off his fun, quirky personality. At the Sanctuary, he’s progressed from a horse who once hobbled around painfully to one who delights in playing and interacting with both people and other horses. He may never be as fleet-footed as some of his “nieces” and “nephews” in Horse Haven, but, now that his feet are much happier, he’s enjoying life a whole lot more.