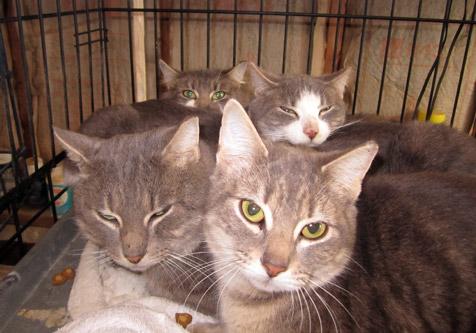 A group in Maryland may be small, but when it comes to keeping community cats (ferals and strays) safe in their county, they are a powerhouse. And they’re doing it with the help of dedicated people, including Best Friends No More Homeless Pets Network specialist Amy Wagner.

Jack Mills, who sits on the board of the all-volunteer Humane Society of Somerset County, says the group is on a mission to reduce the number of feral kittens born each year.

"Earlier in the spring last year, we saw this kitten explosion," says Jack, who helps organize the group’s trap/neuter/return (TNR) efforts. "We decided we had to do something about it. We called Best Friends." 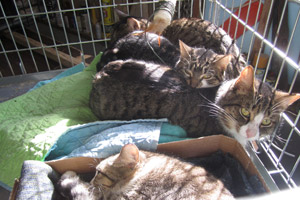 Up until they got help, Jack says it was like trying to stop a leak one drop at a time.

Now, beginning in 2011, the TNR group within the humane society has been trapping, neutering and returning feral cats who live in colonies in Somerset County, as well as vaccinating them against rabies.

"We focused on preventing these kittens or it was going to get worse," Jack says. "We needed more traps."

With guidance from Best Friends’ instructional and resource materials on cat colonies and on-the-ground training from Amy, the group is now a well-oiled machine. "Amy got us organized," Jack says. She also landed the group a grant, purchasing 40 humane traps with the funds, and reached out to a low-cost spay/neuter clinic for help.

The humane society also recently rescued 30 cats from one house. "Twenty cats were on a small sun porch, and one poor cat lived in a closet his whole life," says volunteer Kathy Wilmoth. But, with the help of volunteer caregivers, the cat who was confined to the closet "is starting to come around," she says. "He's starting to let us touch him. He’s happy just lying in the sun." 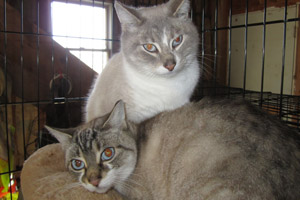 Now armed to help as many community cats as they can, the humane society’s goal for 2012 is to spay/neuter 1,000 cats, which includes the 30 from the house.

And while the group lauds Amy and Best Friends’ assistance for their progress in caring for community cats, Amy credits the volunteers for their tireless efforts to help community cats.

"I was both amazed and impressed at their sincerity and dedication. They were up early and all were willing to literally get their hands dirty and stay late," Amy says.

The cats of Somerset County, Amy says, "are blessed with a group of dedicated volunteers who are willing to do whatever it takes to trap, neuter, return. They routinely travel over 300 miles round trip to a low-cost spay/neuter clinic, which takes a tremendous amount of volunteer work before, during and after — trapping, traveling and post-op care."

Jack says, "With 500 cats in colonies on the group’s list to TNR, they have their work cut out for them. Our list is big, and we know there are many more out there."

That’s OK because, as Jack points out, they’re making a difference in the cats’ lives. "We’re actually doing something," he says. "In the TNR group, six of us call ourselves the worker bees. We hit the bushes and do the work."

Looking for information on how to help feral cats in your community? Check out Best Friends’ feral cat resources.