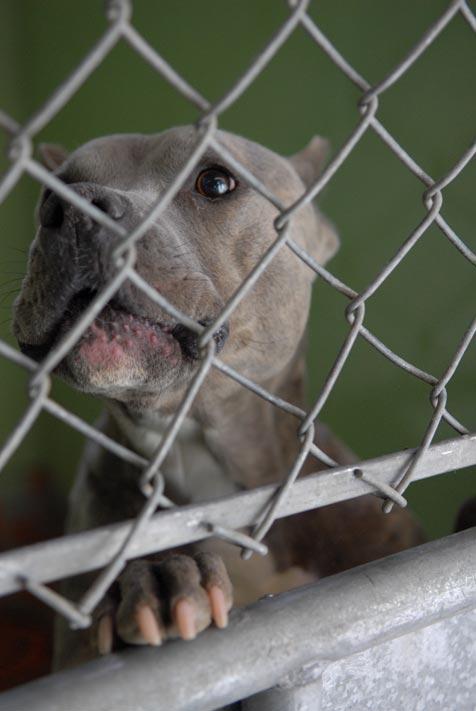 On March 20, U.S. District Judge Walker D. Miller dismissed a lawsuit brought by responsible dog owners who argued that the law violates their rights to due process by seizing animals without a prior hearing, summarily executing dogs whose owners have one previous violation of the ordinance, and coercing dog owners to waive their rights to due process before they’re allowed to remove their seized dogs from the jurisdiction.

"The court said that since the takings were done by the city to advance public safety and based on breed standards, that we could not demonstrate a Fourteenth Amendment violation," says Karen Breslin, one of the attorneys for the plaintiffs. "Because the case was dismissed based only on the complaint, the court did not consider any of the expert evidence that we had developed to demonstrate that the law is not rationally related to public safety."

She adds, "Dog lovers should understand that the courts have largely interpreted the Constitution to give you virtually no constitutional protections against the taking of a dog if the government asserts it is killing it to advance public safety."

Breslin says her clients plan to appeal the judge’s decision.

Many pit bulls ended up on "Pit Bull Row" at the Denver Municipal Animal Shelter. It might as well have been called "Death Row." Between May 9, 2005, and September 30, 2007, the city impounded 2,318 pit bulls and 1,668 of them were euthanized, according to Doug Kelley, the shelter’s director.

Other dogs were taken in by rescue organizations or returned to their owners – if they hadn’t been picked up by Denver Animal Control before. The dogs were microchipped and their owners had to sign affidavits agreeing that their dogs were among the banned breeds and promising to take them out of the city.

An alternative to dog breed bans

Best Friends has been at the forefront of fighting breed-specific legislation. We have developed an alternative to breed bans – a model ordinance that classifies dogs by the level of aggressive behavior instead of the breed and protects communities by encouraging owners to take action to control and manage their dogs with spay/neuter, training, pet owner responsibility classes, compliance with leash laws, proper enclosures and use of muzzles before the problem behavior reaches the next level.

Calculate cost of breed bad for your city

Cedar City, Utah, recently adopted a version of Best Friends’ ordinance instead of enacting a breed ban, and Coeur d’Alene, Idaho, is doing the same.

The March/April issue of Best Friends magazine takes an in-depth look at breed-specific legislation around the country. Subscribe to the magazine.

Breslin said breed bans are based on the belief that dogs who match a vague, general physical description are inherently dangerous and pose a special risk to the public.

"Dog owners," she says, "should also understand that ordinances like this cast a wide net, scooping up animals that appear – in the judgment of any particular animal control officer – to look 51 percent like a pit-bull-type dog. Even if you have proof, such as registration papers, that your dog isn’t a pit bull or pit bull mix, it won’t stop the city from seizing your dog and it may not be enough to prevent the city from forcing you to get rid of your dog, or to prevent the city from killing him or her.

"Yet what we know today from genetic testing is that the physical appearance of the dog is not a reliable indicator of its genetic lineage. There’s also no evidence that use or breeding of dogs for fighting produces dogs that are aggressive to people. In fact, the breed standards for these prohibited breeds note their reputation for friendliness to people."

For the love of one pit bull dog

Sonya Dias, one of the plaintiffs in the case, is one of those people who had her heart stolen by a pit bull dog. She rescued Gryffindor from a dog-fighting ring in Georgia two days before Christmas in 2004 and brought him home to Denver. When the breed ban was reinstated, she put her turn-of-the-century loft on the market, and she and Gryffindor moved to a nearby city that doesn’t have a breed ban.

She says she was shocked by the judge’s dismissal of the case. "I am completely saddened by the fact that any sane person can think that killing Gryffin, and using all those government resources – time, money, personnel, etc. – to do so, is an appropriate action," Dias says.

"In 2007 in Colorado, 13 children who were under watch by social services were killed by their caretakers or other family members. I remember one child who was starved to death. And all this under the ‘watch’ of social services. And the government would like to spend limited resources to kill Gryffin. Gryffin, who gets belly rubs, kisses and car rides every day. Gryffin, who thinks that all people are put on this planet to love him. Gryffin, who is right now snoring on the sofa."

Photos of Sonya Dias and Gryffindor by Molly Wald