As a reserve police officer with the Los Angeles Police Department (LAPD), Michael Moran works hard to keep L.A. safe. But he’s not just committed to protecting the people of Los Angeles. He’s also looking out for the city’s tiniest homeless pets, too, as a foster dad to newborn kittens from the Best Friends Pet Adoption and Spay/Neuter Center in Los Angeles.

“Michael helps us so much as a kitten foster,” says Carina Haro, the center’s foster program coordinator. “He is always up for taking large litters of kittens and is very attentive to them. He cares for them as if they were his own.” 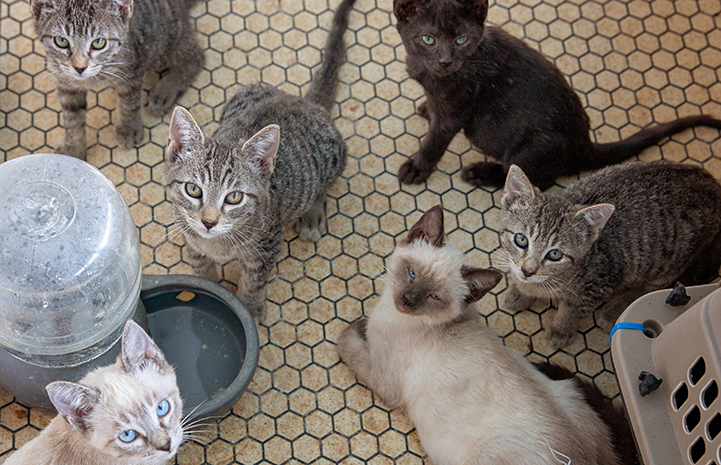 In fact, this kitten season, Michael took on a new challenge. He took in kittens who have ringworm, because he was willing and able to do it, and without help from fosters like him their lives would be at risk at the shelter. Los Angeles Animal Services and the Best Friends-led No-Kill Los Angeles (NKLA) Coalition are working hard to bring L.A. to no-kill, and people like Michael helping them reach that goal.

Michael started volunteer fostering about six years ago when he decided to give back to his community even more than he already does as a police officer. Since then, he’s spent many a night preparing feeding bottles, and he’s even developed a super power along the way. “I can get along on three hours sleep a night during kitten season,” he says.

Michael will also tell you those sleepless nights are well worth it. “There are times when I'll stop and look back at the thousands of pictures I've taken of my little charges,” he says. “I think of those who almost lost the fight but made it anyway. I think I'm most proud of the fact that I made a difference, even if for only a short time.”

In the following interview, Michael describes what motivates him to help Save Them All.

How foster families are saving kittens in L.A.

Why did you decide to volunteer with Best Friends and what motivates you to continue?

I wanted to do something more than giving money, and a friend suggested looking into fostering. I signed up for the next orientation and went home with two bottle baby kittens. That was six years ago. I continue because I want to believe we really can Save Them All. 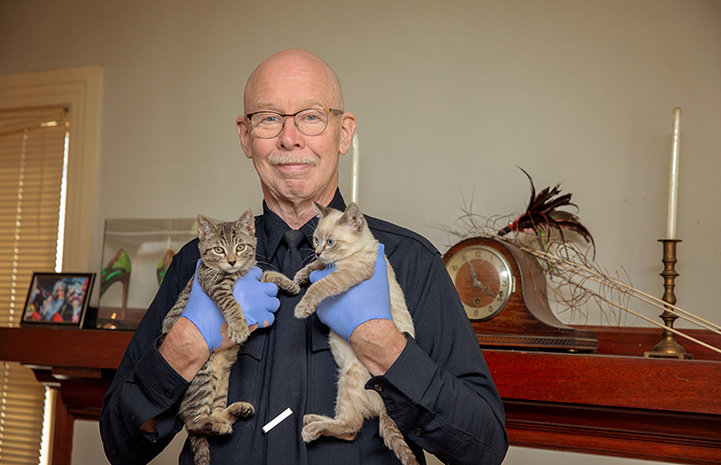 I'm inspired by the people who keep things running in the kitten nursery. Their dedication inspires me to keep going.

Since becoming a Best Friends volunteer, what have you learned and has it caused you to see anything differently now?

It can be a real punch in the gut when things don't go as expected, but you have to keep going. There are so many little ones who need what I can give them. 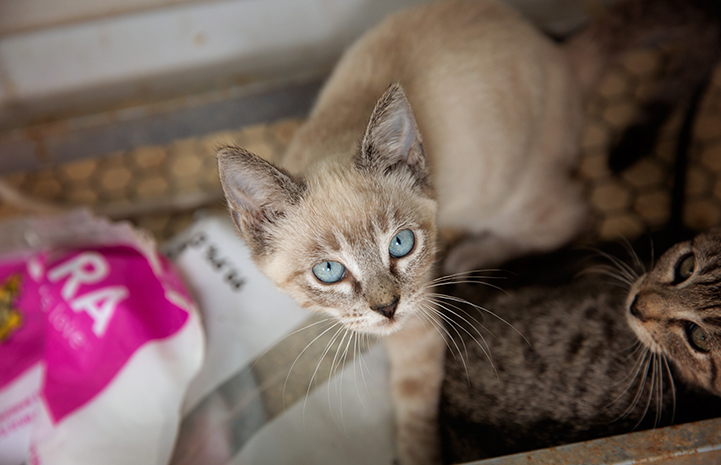 It means happily giving time you don't always have to give for something you love. I'm addicted to sound of kitten purrs.

Besides volunteering with Best Friends, how else do give back to your community?

I'm a reserve police officer with the LAPD and a case-carrying detective for the major assault crimes table. 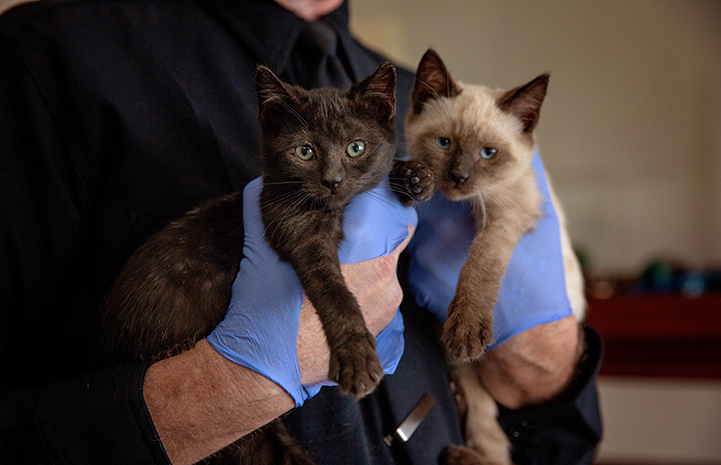 Please tell us about your own pets.

I have four cats, and all are rescues. Quentin, 11, spends his day posing as a dust mop. Clarice, 10, was born on the police academy shooting range. She was my first bottle baby. Ripley, who is six years old, was my first foster fail (Class of 2012). She spends most of her day hiding under the bed.

Ignacio, age five (Class of 2013), is another foster fail. He came in with a litter of six and within a week was the sole survivor. The rest fell to feline panleukopenia. Best Friends saved him and once he came back to finish fostering, we realized he could never go back. He now weighs a mighty 15 pounds.

Go for it. It isn't always easy, and sometimes it will break your heart. But there aren't a lot of things that will bring you as much joy.

Tell us about your favorite volunteer moment.

I was stretched out on the sofa after a long day. The litter was running amok in the living room. Then, one by one, they climbed up and staked out a spot on my chest. Before long, I was covered in purring kittens. They were so happy and contented that I didn't want it to end. Fur and purr. What more do you need?

Foster newborn kittens near you