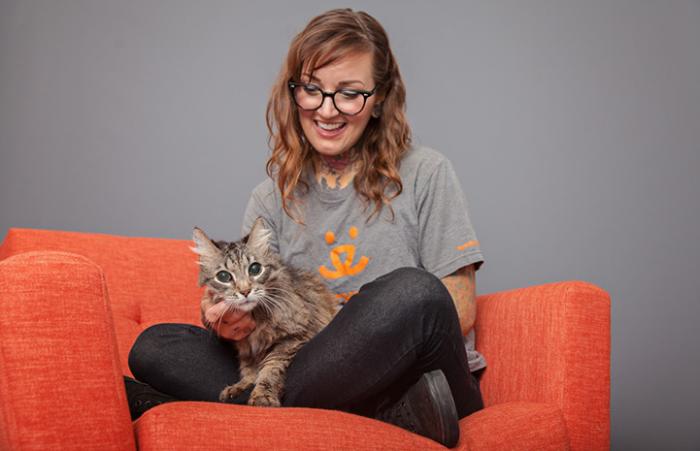 Lauren Bacall was undoubtedly one of the biggest stars of the silver screen, captivating moviegoers with her beauty and trademark sultry voice. But one of her most memorable roles was played off camera, as a woman who defied Hollywood by embracing her age. “Your whole life shows in your face,” she famously said. “And you should be proud of that.”

So it was only fitting when a sweet, self-assured cat, 19 years-young, arrived at the Best Friends Pet Adoption and Spay/Neuter Center in Los Angeles, that she be named Lauren Bacall, after the woman who showed the world how aging with grace is done. And it’s a name that the mature cat has lived up to, because even though she’ll soon turn the big 2-0, she’s not letting a silly number define her.

The feline Lauren Bacall was well into her golden years when she was surrendered to a Los Angeles city shelter. If she stayed there, however, she likely would have had a tough time getting adopted. You see, there’s stiff competition at shelters full of cats looking to land the lead as someone’s pet. And those coveted roles usually go to cats much younger than Lauren Bacall.

To give this golden girl all the time needed to find a home where she could be the leading lady, she was brought to the center, where the cat team learned quickly that it was in the presence of some major star power. Although age had taken away her ability to see, Lauren Bacall made a grand entrance, as regal and poised as a starlet from old Hollywood. 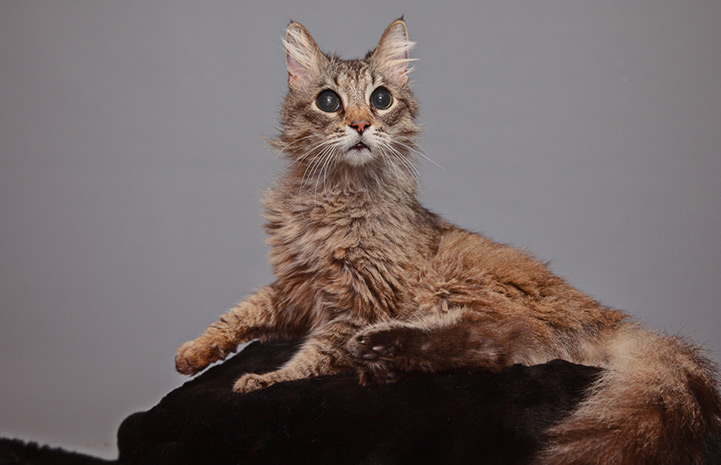 A star at the pet adoption center

“Lauren was outgoing and friendly from the start,” says Samantha Bell DiGenova, the center’s cat behavior and enrichment lead. ”Most cats are nervous when they move to a new environment, especially a shelter atmosphere, but Lauren had a lot of confidence. She would ask for attention from everyone who walked by.”

It didn’t take long for Lauren Bacall to become one of the favorite subjects for Best Friends photographer Lori Fusaro, because Lauren spent lots of time exploring her favorite spot, the desk in Lori’s office. Of course, just like her namesake who posed for photos at every stage of her life, she also felt at home in front of a camera.

“Being blind didn’t stop her at all,” says Lori. “She’s full of so much love and joy.”

Senior cats like Lauren Bacall are often a little more fragile than young adult cats, and so staff and volunteers at the center take extra steps to make them feel comfortable until they go to their new homes. The team also closely monitors the health of every cat, including litter box habits, appetite, energy level and mood, so they can immediately identify and address any issues.

Lauren Bacall may be blind, but aside from this age-related issue, she’s a perfectly healthy 19-year-old. Still, everyone needs a quiet place to lay their head every night, and the team thought she would feel most comfortable in the center’s “cat chateau” room. There, she had her own private space, complete with an extra cozy bed. And when she was ready to grace the world with her presence, she could get out and walk around the room with her feline friends.

The team felt that the more comfortable Lauren Bacall was, the easier it would be for an adopter to see how special she is. And that’s exactly what happened. Soon, Lauren Bacall got the part she was born to play ― as a pet in her very own loving home. 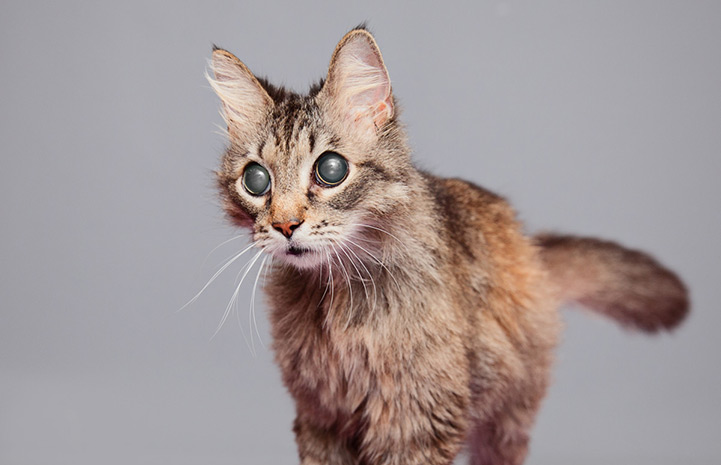 Landing the lead ― and a lap

Barbara Russo, a center volunteer, kept a watchful eye on Lauren Bacall from the moment she met the sweet senior. And while she was confident that Lauren had the moxie to hold her own around any cat (or any person, for that matter), she still worried about her, because she can’t see.

Eventually Barbara found a solution to ease her worried mind: She would adopt Lauren Bacall. Barbara says, “She deserved to spend the rest of her life in a home where she could get a lot of attention and love.”

To make Lauren feel safe in Barbara’s big house, Barbara created a place in the living room just for Lauren. Still, Lauren’s favorite place is on Barbara’s lap. “She’s just so sweet and friendly,” says Barbara of the senior cat, who is teaching Barbara how to keep a blind cat happy.

“Lauren has had to adjust to lot of new environments, but I’ve had to learn, too, how to best help her,” says Barbara.

Soon, Lauren Bacall will celebrate her second decade on this planet, and when she does, you can be certain she’ll do it with grace and style. After all, there is no age limit on celebrating life. Her namesake would be proud. 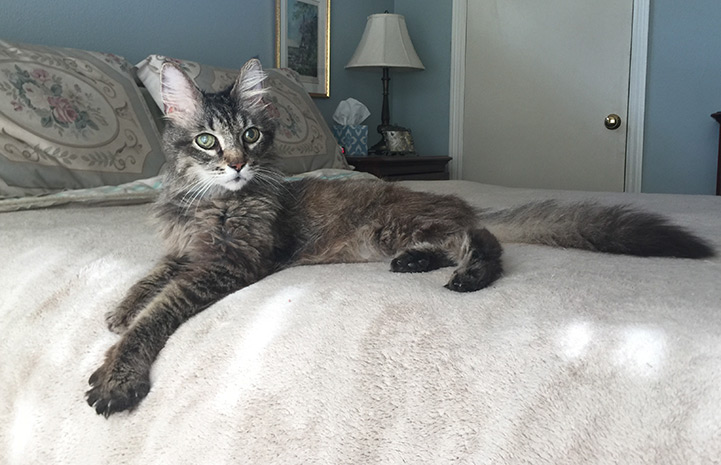