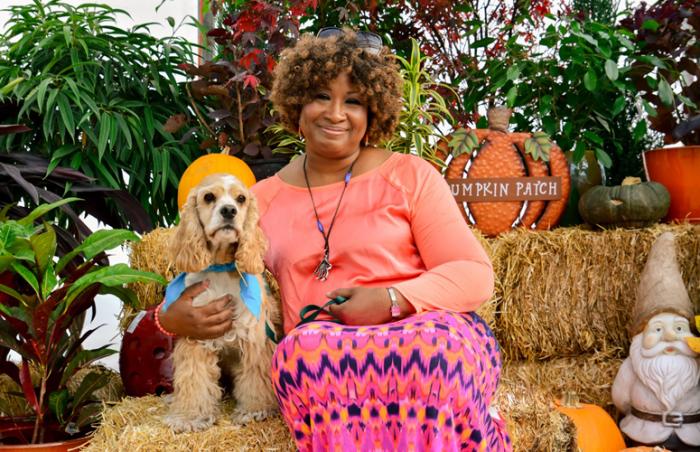 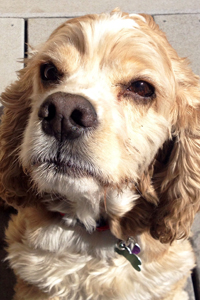 Andy, a beautiful white-and-buff-colored cocker spaniel, could be called precocious, were it not for his age. The spunky seven-year-old had been through so much over the years. He lost his person to breast cancer, and needed a safe place to go. Thankfully, Rocky Mountain Cocker Rescue (RMCR) immediately secured a foster home when they heard about Andy’s plight. His adoption profile, with a photo showing his head cocked back with a mischievous glint in his eyes, was posted online. At any age, Andy is a pretty adorable dog. But with so many homeless dogs vying for adoption, finding homes for seniors (even the adorable ones) can be difficult.

RMCR helps approximately 150 dogs every year, about a third of them seniors. The RMCR staff is always looking for creative ways to increase adoptions so that they can take in more dogs in need. RMCR is a member of the Best Friends No More Homeless Pets Network, which brings together rescue organizations and municipal shelters across the country in an effort to end the killing of animals in our nation’s shelters. So Kathryn Glass, founder and president of RMCR, contacted Best Friends to see if there were any resources available to help get senior dogs into homes.

“We talked about what they needed and realized we could have a direct impact on where they needed help the most,” says Lezlie Sage, Best Friends Network specialist. A Best Friends grant could help RMCR reduce adoption fees for senior citizens. “Most seniors are on a fixed income and the lowered adoption fee can make the difference as to whether or not they can bring a companion animal into their homes.”

A connection with a cocker spaniel dog 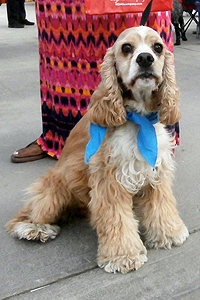 Like Andy, Donna Wooten had also had a tough year. She had been diagnosed with breast cancer and had lost her home. She was working toward getting back on her feet, and she really wanted to adopt a dog.

“Our family’s first dog was a discarded mess,” says Donna, who said that her son found the dog at a gas station. “I made a deal with my son — if the dog got in the car, we’d take him. The dog jumped right in.” A trip to the groomer revealed that the dog was a gorgeous cocker spaniel who eventually turned out to be a wonderful companion.

That was about 10 years ago, but Donna knew she wanted her next dog to be a cocker spaniel too, so she started looking online. “As soon as I saw Andy’s profile, I knew he was the one. His image exuded ‘attitude,’” she says.

When the two first met, Donna knew it was meant to be. “The folks at RMCR really described his personality perfectly. They were so thorough and really made sure we were the right fit,” says Donna.

She was sitting on a bench and Andy hopped up right next to her. The two have been inseparable ever since. Andy goes everywhere with Donna, and his presence makes her feel more relaxed. “He just makes me smile,” says Donna. When she and Andy get ready to go on walks, she loves how he runs to get his squeaky toy and marvels how he shakes his whole body, including his booty, when he’s happy.

Andy will be the featured guest at Donna’s holiday festivities this year. “I’m most excited about having my whole family meet him and taking lots of photographs,” says Donna. “It’s a great start to the new year.”

“This kind of pairing helps both the adopter and the dog,” says Lezlie. ​ “We are thrilled to have been able to help Rocky Mountain Cocker Rescue. Finding homes for the harder-to-place pets is critical to the Best Friends’ mission.”​

To help more animals like Andy go from homeless to home, become a Best Friends member.