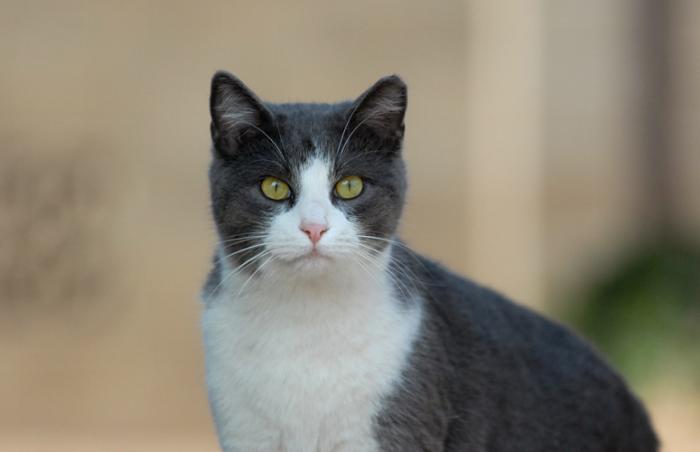 A new day for feral cats in Georgia 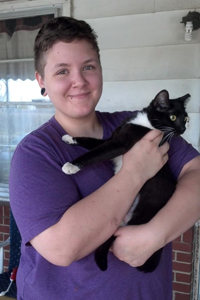 Mia is a free-roaming spirit. When the petite tuxedo cat, a stray with radiant green eyes, wandered up to a house in Columbus, Georgia, and made herself at home, the homeowner was so taken with her, she began feeding her every day. It should have been smooth sailing from then on, but there was one problem. Mia’s new caregiver couldn’t afford to have her spayed. It’s an all-too-common problem, and it’s why Best Friends is committed to helping people get access to low-cost or free spay/neuter surgeries — especially for cats, because when unaltered, free-roaming cats lead to dozens of kittens, many end up in shelters and don’t make it out alive.

But in Columbus, the community cares about cats and wants to put an end to killing cats in its shelters. That’s why the city has a comprehensive program to do just that. Because of the Columbus Community Cats Project, a partnership of Best Friends and PetSmart Charities™,  Mia and hundreds of other cats like her now have a much brighter future.

An ounce of prevention for feral cats

When Mia’s caregiver arrived at the Animal Care and Control Center (ACCC) in Columbus, she found out that because Mia is a community cat, one of the many outdoor, unowned cats in the city, the Columbus Community Cats Project would spay her for free, and she could go back to her neighborhood. Just like that, one cat successfully avoided the risk of dying in a shelter, and the community was assured that she wouldn’t have kittens who could one day be at risk, too.

That’s just how the project is designed to work. It keeps community cats out of the shelter while preventing more kittens from being born. It’s no small task, which is why it takes not only Best Friends staff, but several local groups to get the work done, all in order to save more cats like Mia.

Working together for stray cats

The Columbus Community Cats Project partners with local groups Paws Humane, Animal Ark Rescue, and Purr & Paws. The organizations all work together to make sure community cats entering ACCC get spayed or neutered, vaccinated and returned to the neighborhoods they came from. This is called trap-neuter-return (TNR). Everyone involved plays a role in making it happen.

ACCC field officers alert Best Friends community cat coordinator Courtney Pierce whenever a new cat is picked up or dropped off at the shelter. Cats determined to fit into the program (like Mia) go next door to Paws Humane to be spayed or neutered and Courtney picks them up in the afternoon. Then they are returned by a staff person or volunteer to their original neighborhood. 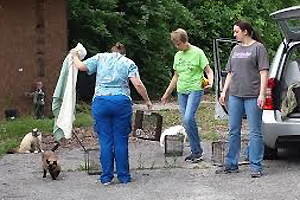 ​Drale Short, manager of Columbus ACCC, says, “It truly warms my heart to see my community coming together to help cats. They see where we have grown in regards to animal welfare and now understand that we are only here to assist them, not hurt them or the animals.”

Mia is just one of more than 1,170 cats to be helped by the project since it began last August, and everyone is excited about it, from the mayor to citizens who care for just one cat. Mayor Teresa Tomlinson says, “The program has helped lower our euthanasia rate and that's a lot of sweet lives saved.”

In 2013, before the project began, 53 percent of cats entering Columbus ACCC were saved. In the first four months of 2015, the save rate for cats was 86 percent.

Read more about how Best Friends is helping cats