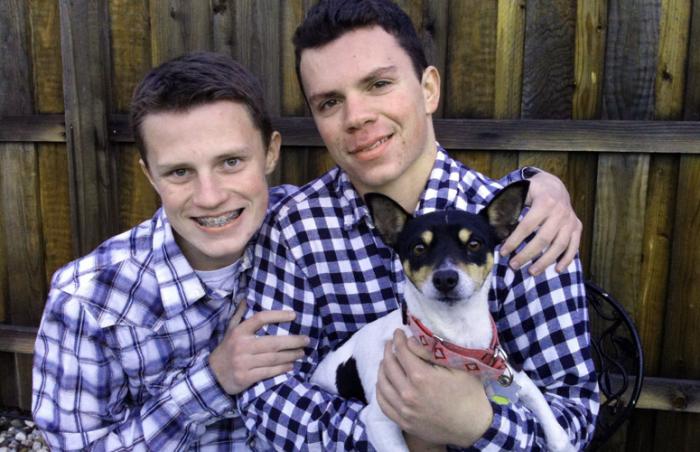 The majority of the dogs they rescue are from kill shelters coast to coast. Some are purebreds, some are mixes; all are in loving hands once they arrive. They are the charges of New Rattitude, Inc., based in Lansing, Michigan. Dedicated to rat terriers, the all-volunteer, foster-based rescue gives each of their rescued dogs every advantage they need to be adopted into forever homes. 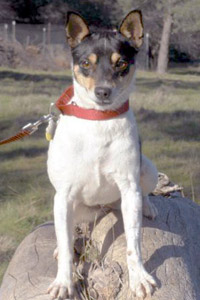 Betsy, a petite rat terrier, was originally from Oklahoma. When her elderly dad passed away, the man's daughter took Betsy all the way to Bakersfield, California, where she lived. Betsy's hopes for a fresh start, however, were dashed almost immediately when she was relinquished to a high-kill animal control facility in Kern County. No one knows whether the daughter had planned on keeping Betsy or whether her life took a turn that made it impossible for her to care for Betsy. Luckily for Betsy, New Rattitude had room with a California foster home, and the organization and the foster home had the patience and resources available to turn her life around, once again.

New Rattitude has a range of training resources that they share with their foster homes. They have approximately 10 trainers who make up their behavioral modification team, so it was a bit of an anomaly when Betsy wasn't improving in her foster home, even though many angles of training strategy were being used.

Maybe it was something in Betsy's past that made the sassy little girl unable to recognize what was acceptable behavior. "Betsy started to single out one of the foster home's personal dogs to attack, and even with training and resources, it was escalating," explains Terry Beale, a founding director of New Rattitude. "She was also acting unpredictable and lashing out at visitors to the home. She needed extra training beyond what our resources could provide."

New Rattitude is a partner in the Best Friends No More Homeless Pets Network, which offers resources to participating groups, so the rescue was able to get some additional training help for Betsy. Her foster family was referred to a positive reinforcement trainer by Best Friends. Once a week, the family made the one-hour journey from their home to get Betsy the training she needed.

"Her foster home was very committed to seeing her have a positive outcome," says Terry. "With the foster home's help, Betsy was able to use the resources supplied by Best Friends and that helped her get into a wonderful home. We were all thrilled." 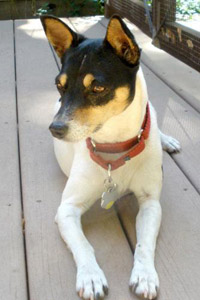 Betsy's lifesaving journey with New Rattitude began in December 2010, when she joined their ranks, and ended in November 2012, when she was adopted into her new home.

"Betsy has found the perfect forever home," says Terry. "The Fiorini family previously had a rat terrier who had similar behavioral issues - so while they were given Betsy's behavior history up front (as are all their adoptive homes), we were delighted to hear that she's fit right in. I believe that without Best Friends' support and encouragement, things would not have turned out so well for her."

Gina Fiorini and her family are thrilled with Betsy. She can often be found on one of their laps. "It has been wonderful living with Betsy," says Gina. "She has adapted to our family quickly. She is such an intelligent, loyal and loving girl. She loves to be around all of us, and it brings tears to my eyes to think someone once deserted her, and it brings even more tears to my eyes knowing that many other passionate individuals saved our Betsy and ultimately made our family whole. We are forever grateful to everyone involved with Betsy's journey."

Get involved helping pets in need

Love rat terriers? Find out how you can support the work of New Rattitude, Inc.

Adopt, volunteer or foster for one of our No More Homeless Pets Network partners.

Images courtesy of the Fiorini family