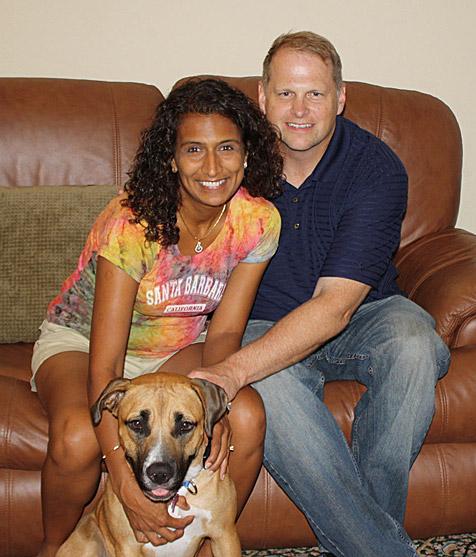 No-Kill Los Angeles, one loving pet adoption at a time

Over the weekend of July 27–29, 2012, the Best Friends Pet Adoption and Spay/Neuter Center saw 102 dogs and cats find loving homes thanks to adoptions from the facility, offsite mobile adoptions, and their $9 Olympic-themed adoption promotion.

Many dreams came true that weekend for the pets and the people who love them. Their individual happy endings pave the way for No-Kill Los Angeles (NKLA), the Best Friends lead initiative to stop the killing of healthy and adoptable pets in the shelter system.

A step towards healing after the death of their golden retriever 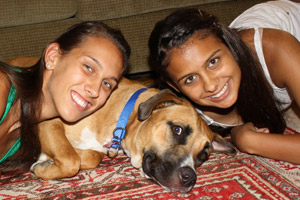 While they were waiting, they decided to just pop over to the conveniently located Best Friends Pet Adoption and Spay/Neuter Center in Mission Hills and check out some of the adoptable dogs. They had never adopted a dog before, and they had no intention of adopting that day.

The place was alive with activity, and Vijitha Schultz marveled at how sparkling clean and upbeat the facility was. As they were taking in the dogs and thinking about what type of personality would work in their home, a special dog caught their attention. The waiting was winding down.

A face of a boxer and bullmastiff mix in the crowd

"There was a sweet face that caught our eye. It was Gia’s and we thought she could be the dog for us," says Vijitha.

A trainer introduced Gia to Vijitha and her daughter. It went so well that Vijitha decided to bring her husband back to meet her.

The dog they thought they had in mind was specifically not to be a pit-bull-type dog, so Vijitha was concerned that her husband might not go for the dog labeled a boxer and bullmastiff mix. Well, that may have been the case up until he actually met her. Actually his words were, "OK, let’s go ahead and get her now." 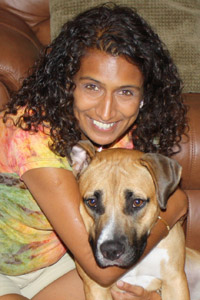 "Since this was our first time adopting, I didn’t know what to expect. I was so impressed with Best Friends. The trainers were wonderful, as was the whole staff. Adoption is the way to go," shares Vijitha.

It’s been a few weeks since that fateful weekend, and Gia has adjusted seamlessly to her new life. She’s a cuddle bug who has taken to getting regular baths and having her teeth brushed like a true champ. She loves her whole family dearly, but has made it her mission to never let Vijitha out of her sight.

Buck was a staff favorite. Yet, as a longtime resident of the adoption center, this portly Lab mix with the kind eyes had been overlooked time and again by potential adopters.

Would his turn ever come? 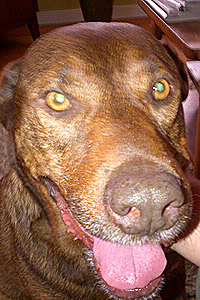 All bets were off as soon as she met Buck. "He wasn’t who I thought I would be adopting, but this warm and calm dog is a great match for me," says Michele. "I think one of the reasons I adopted him was just because he was so loved!"

Sharing leisurely walks, hanging out and kicking back are all on the docket for Buck and Michele. "We went to the dog park, but he just wasn’t that into it," says Michele. Whatever Buck wants Buck gets – except for treats; his veterinarian has let Michele know he needs to lose a few pounds.

Buck went home on July 29, which was a great day for him and a great day for the pets of the Best Friends Pet Adoption and Spay/Neuter Center. That Sunday boasted the most adoptions in one day for the facility to date – a whopping 42 dogs and cats found their forever homes.

Adopt your own loveable cuddle bug. Check out the available pets at Best Friends Pet Adoption and Spay/Neuter Center or one of the NKLA Coalition partners.