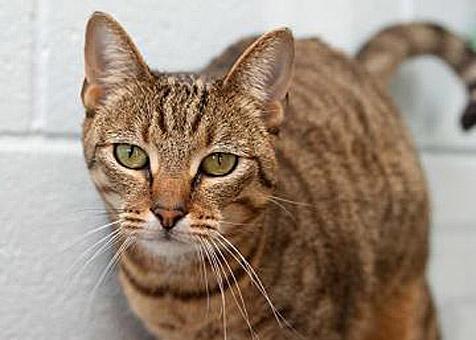 In 2011, Pearl River SPCA (PRCSPCA) in Picayune, Mississippi, a No More Homeless Pets Network partner, was awarded $10,000 through Best Friends Grassroots Grants program. The funds are now having a positive ripple effect on the area’s homeless cats.

In the aftermath of Hurricane Katrina, many people in the animal welfare community realized there were a lot of companion animals suffering on the Gulf Coast. There were animals in need of help, but there was not a lot of sustainable assistance to address the issues. Pearl River SPCA was founded in October 2006 to help bring solutions to the area, including low-cost spay/neuter, a much-needed resource.

The organization has been working every angle to help make the most of the spay/neuter services and get it out to the people who need it, including utilizing a wonderful volunteer network and providing transports, low-cost clinics and local veterinarians.

The animal medical expertise of Dr. Jackie Broome of Gulfport, Mississippi, has been one of the ongoing boons for reducing the number of unwanted litters in the area over the last six years.

"Since we began, we’ve been focusing on a rigorous spay and neuter strategy, and with our grant from Best Friends, we were able to get ahead of the problem," shares Carla Gerrard, special projects director for PRCSPCA. "We developed a program to get the cats fixed in the ‘off’ season."

Develop a program they did, and with a catchy slogan, "Beat the Heat," they hit the ground running. By focusing on getting both owned and community (stray and feral) cats spayed/neutered before kitten season started, they were pragmatic in their approach. 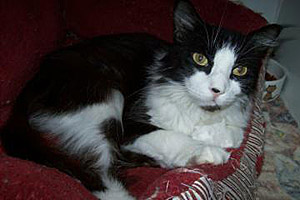 Felix is one of the cats fixed through this program.

"If someone came in with four or five cats at a time, we would find out how many cats they had, and then we would immediately start negotiating how we could get all the cats in the household fixed as soon as possible," says Carla. "Everyone has to contribute towards the surgeries (generally $10 for cats). We call it a co-pay, but we would work with families that had a lot of cats to make sure they could afford to get all their cats taken care of at once."

"I had three cats done under the Beat the Heat program – Joliet, Jessica and Jacob. I found out about it through a friend, and she encouraged me to get my babies done. After their surgery, the kitties became much sweeter in disposition and much healthier. I ended up spreading the news of this program to others," enthuses C. McDonald, a local cat guardian.

"Our grant from Best Friends enabled us to concentrate on getting the cats not only spayed and neutered, but they got treated with top-quality care, including a free rabies shot and nail trim," says Carla.

Carla explained that there was also an opportunity to create a greater feeling of compassion in the community towards companion animals. For a lot of the cats, it was the first time they had ever seen a veterinarian, so there was extra effort put forth to educate their people on what spay/neuter was about and how to care for the animals post-surgery.

"We also had our volunteers working the recovery room. Our clients and their cats were treated with the utmost respect and professionalism."

With their Best Friends Grassroots Grant, Pearl River SPCA spayed/neutered 246 cats – 89 males and 157 females – and the timing couldn’t have been better. March and April of this year saw a dramatic decline in cats in their shelter. They had succeeded in putting a real crimp into their kitten season. The trend continues with the number of owner surrenders and strays entering the shelter down.

While the numbers speak for themselves, this sentiment from an adopter pretty much says it all: "I found this cat, (and) because of your spay/neuter program we’re going to keep him." This is music to Carla’s ears, and something she’s getting more used to hearing.