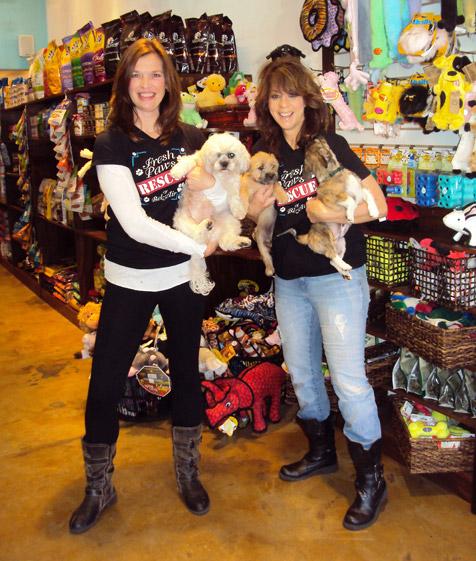 As people become more enlightened about the horrors of the puppy mill industry and their retail interface (pet stores), communities across the country are responding by implementing pet-sale bans. These ordinances generally prohibit the sale of dogs and cats supplied by commercial breeding facilities (i.e., puppy mills). They do not prohibit use of the space to make shelter or rescue pets available.

Brick, New Jersey, marks the 26th and most recent community to embrace a pet-sale ban. The city enacted the ordinance after tragedy had occurred. Earlier in the year, a pet store in the township was shut down due to inhumane treatment of animals. The owner has been brought up on dozens of cruelty charges.

"We are seeing great momentum in changing pet stores to use a more responsible supplier," shares Elizabeth. "By having rescue dogs and cats available to the public, the pet stores are not only helping to stop puppy mills, but they are also helping to reduce the number of animals killed in their local shelters. We’re not looking to put any pet stores out of business. We want them to be a part of the solution to end the suffering levied by the pet trade on companion animals and help perfectly wonderful homeless pets get adopted."

It has been reported that 20 percent of the dogs in the shelter system are purebred, so there’s no excuse to buy a dog from a pet store.

Elizabeth has been working across the country to guide local governments on how to get the ordinance on the books. Municipalities in California have been quick to recognize the long- and short-term value of such a ban, and so far 10 have put a pet-sale ban in place, the latest being Huntington Beach.

"I had introduced the ordinance to discontinue pet sales after talking to both sides of the issue," says Council Member Joe Carchio (R) of Huntington Beach. "I came to the conclusion it was the right thing to do. It’s akin to speaking up for the voiceless. A lot of pain and anguish happens to dogs in puppy mills. This is not a partisan issue: We don't want to hurt small businesses; we’re just asking them to adjust their business model."

Some of the cities have even taken a proactive stand. They’ve enacted pet-sale bans before they’ve had any stores actually selling pets.

One of the most important coups is on the horizon: Elizabeth has been working to get a pet-sale ban passed in the city of Los Angeles. Many of the local officials support the work of NKLA (No-Kill Los Angeles), and ending the sale of dogs and cats will be a major step. It is coming up for vote in the next few weeks.

Our neighbors to the north are also getting on board with pet-sale bans. The latest city to embrace the ban is Mississauga, Canada. The article announcing the news in their local paper highlights the story of a dog who ultimately cost her owner about $50,000 in medical expenses. The dog was bought at a pet store under the guise of being a superiorly bred dog from Germany. Deception is the lifeblood of pet stores selling dogs, and now Mississauga’s residents will be duped no longer. The testimony from the dog’s owner to the City Council has been cited as one of the major reasons the ban passed.

"The primary factions that oppose these laws are the ones that have a vested interest in seeing animals exploited," says Elizabeth. "No one willingly wants to keep puppy mills in business. Since the first pet-sale ban passed in Albuquerque, New Mexico, in 2006, we’ve just seen how successful they can be. Adoption numbers go up, the killing of healthy pets in the shelter system goes down, and the consumer is better protected. Pet-sale bans reflect what constituents want."